In 1988 Marcia Dixon was a student who wrote a gospel music column, more than 30 years on she is a celebrated journalist who has just been awarded an MBE for inter faith relations. She reflects on the journey for Woman Alive.

When I started my career in journalism, writing the religious and gospel music column called Soul Stirrings for The Voice newspaper in 1988, I never ever envisaged that some 30+ years later I would end up conversing with the future King of England as I collected my MBE for inter faith relations with my Jamaican born mother looking on. It was a surreal experience. 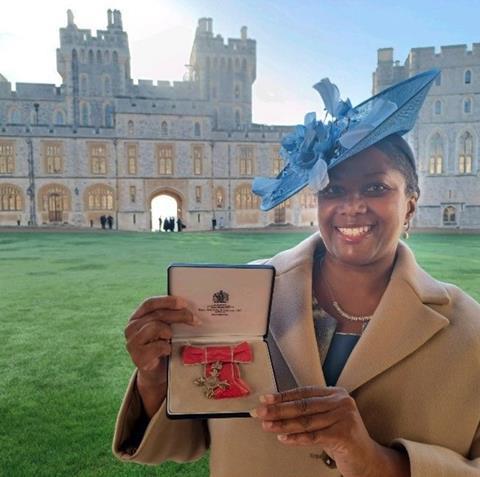 I was a full time student studying Social Science at South Bank University when I began writing the Soul Stirrings column. I was pursuing my then goal to be a social worker. Writing for Voice changed my plans. At the time it was Britain’s best-selling and most well-known Black newspaper. At its peak readership topped 250,000 and journalists on the paper were key influencers of their generation. That included me.

Soul Stirrings gained iconic status because it was the go-to column for anyone who wanted to read about what was happening in Britain’s Black Christian community and people keen to raise awareness of their event, church or music wanted to be featured in it.

I deemed it a privilege to write about the growth and impact of the Black Pentecostal church movement as well as interview leading Christians who were impacting the church and society.

I deemed it a privilege to write about the growth and impact of the Black Pentecostal church movement.

Social media didn’t exist when I started writing Soul Stirrings. This is a shame because my social media pages would have been filled with pictures of some of the amazing people I interviewed which includes Rev Jesse Jackson, Baroness Valerie Amos, Karen Gibson (long before she performed at The Royal Wedding) my favourite gospel group The Winans, the late Rev Joel Edwards, the late great theologian James Cone and many others. 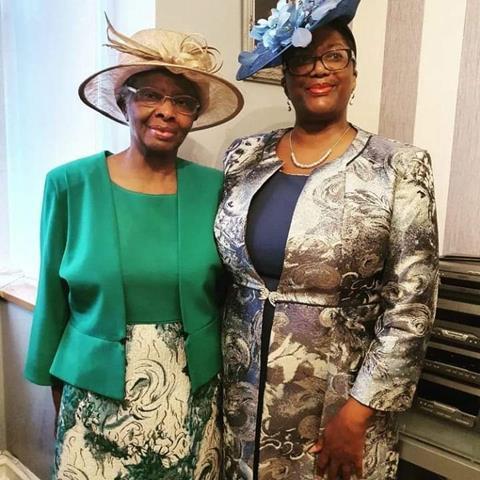 I also interviewed ordinary folks through whom God was doing extraordinary things like a good friend of mine who was miraculously healed from cancer, former prostitutes, drug addicts and criminals who experienced a 360 degree turn around when they heard the gospel plus numerous stories about people who received MBEs.

Alongside writing for The Voice I also wrote a column for Keep The Faith, Britain’s leading magazine about the Black faith community. I went on to become editor of the publication and served in the role for five years and I continue to write for them.

There are great benefits to being a journalist one of which is travelling. I’ve been to Ghana, Liberia, Uganda, America, Haiti, Monserrat, Antigua, Barbados and Jamaica to cover stories. I also got to see some the greatest gospel artists in the world perform live for free. What I’m most proud about my work is that my articles touched lives. I know this because people told me.

Any negativity I experienced has been totally overshadowed by the joy of working for God and fulfilling his purposes for the earth through my writings.

I remember receiving a letter (this was before the days of email) from someone who said an article in my column stopped her from suicide. And I have heard countless testimonies of people who had great opportunities come their way after being featured in my column as well as those who said my articles helped deepen their faith.

I now run my own PR company working with organisations wanting to reach the Christian community. I regard my years as a journalist, at The Voice and at Keep The Faith, as very special times in my working life. Any negativity I experienced has been totally overshadowed by the joy of working for God and fulfilling his purposes for the earth through my writings.

Getting an MBE from the future King of England was just the icing on the cake for my work however it’s set me up nicely to receive my award from the King of Kings.

Marcia Dixon MBEMarcia Dixon MBE is one of the most well-known PR specialists within Britain’s black church community and runs an MD Public Relations. In October 2020 Marcia was listed in the Queen’s Birthday Honour’s List and awarded an MBE for services to Inter Faith Relations. She is also a columnist with The Voice, Britain’s best-selling black newspaper and Keep The Faith, Britain’s leading magazine about the black faith community.