Cheslie Kryst died earlier this year at the age of 30, after tragically taking her own life. Here Woman Alive’s editor-in-chief, Tola-Doll Fisher talks about her experience of the same functioning depression Cheslie experienced.

On paper, Cheslie Kryst’s life seemed idyllic. By the time she was 30, Cheslie had worked as a lawyer, an Emmy-nominated TV correspondent, a triple jump athlete and had received the prestigious beauty pageant crown of Miss USA (2019). Cheslie’s Instagram account has 631k followers and one of the last posts before she died was an interview with Denzel Washington. Photos on her feed showed off her beautiful big hair and big smile as she posed with friends and on shoots. But on January 30, 2022 Cheslie jumped from a high-rise apartment building in New York where she lived on the 29th floor. The coroner’s ruling the next day was death by suicide. 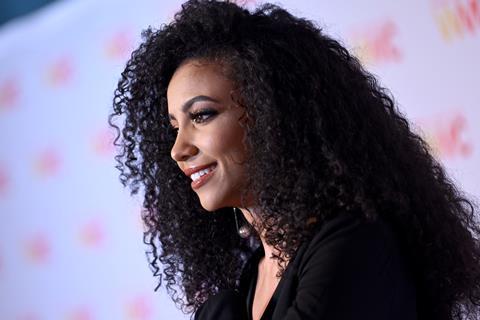 When I heard about the story earlier this year, I admit I shied away from it a bit. The darkness hovering over the world at the moment seems incredibly potent and I was living in a bubble of news avoidance. But then I came across a recent interview with Cheslie’s mother April on Red Table Talks (hosted by Jada Pinkett Smith, her mother Adrienne Banfield-Norris and her daughter Willow) where she said her daughter experienced functional depression; something which I am unfortunately familiar with.

Like Chelsie, I present as happy and confident. Friends know me as the fixer; I am forever organising events and parties. Dancing and champagne bring me joy. I have worked as a model, signed a book deal, delivered a TEDx Talk and have a fulfilling job which has me supporting and encouraging women. But one day in January this year, I didn’t turn up for work. At least that’s the side my colleagues saw. My side of the story looked somewhat different. I had been feeling like I needed to spend more time with God so I’d cleared my diary, turned off my phones and wasn’t checking social media or emails. “Sitting with God”, seemed to me a good, “Christian” thing to do and I had spent many weekends in the past “fasting” from all screens and activities while I waited to hear from God.

I lost my appetite and only got up to go to the bathroom. Every time I opened my eyes I just felt really, really tired.

As I think back, I can almost recall a sense from the Holy Spirit not to isolate myself. But I wasn’t isolating myself! I was spending time with Jesus! I kept my Bible open next to my bed but I couldn’t stay awake. I lost my appetite and only got up to go to the bathroom. Every time I opened my eyes I just felt really, really tired. A lot of strange thoughts went through my head at the time. Thoughts that what I was doing wasn’t really worth it and that I wouldn’t be missed… if I was no longer around. But not for one second did I think I was depressed. Tired, that’s what I was. I just needed to sleep.

I’m lucky that I had such an attentive boss because it was the arrival of the police knocking on my door the next day that forced me to realise how serious my short disappearance appeared to outsiders. I went from shock to shame: how could this happen to someone like me, whose mission was to support women with my John 10:10 life motto (“The thief came to kill, steal and destroy. I came that you might have life and have it more abundantly”)? I turned on my phone to streams of messages from concerned friends and I was genuinely surprised. I had only been away from work for one day, but looking at the dates of the messages, I realised I had been offline for over a week and I hadn’t seen anyone for almost two.

On Cheslie’s Instagram bio it says “God First” and this reminds me that Christians are not exempt from mental health issues.

As I remember this, I feel waves of sadness for the despair I was clearly in – but barely conscious of. And I felt saddened when I watched April talk about her daughter experience the kind of despair that led her to suicide. On Cheslie’s Instagram bio it says “God First” and this reminds me that Christians are not exempt from mental health issues. There is no bubble that exists to protect us from experiencing any kind of difficulty in this world (“He causes his sun to rise on the evil and the good, and sends rain on the righteous and the unrighteous.” Matthew 5:45) but as I write this now, alive and well, I am so grateful to those who pulled me back to the light with messages and prayers sent by voice note; full of love and reassurance. Cheslie’s mother was in another State when Cheslie died and I can’t imagine the heartache she felt, not being near to help or protect her.

My appeal to you today is to look out for the strong ones. Look out for those who are capable and independent; who are confident and funny and fearless. Depression comes in all shapes and sizes and no one can fight it alone.