'Golden couple' Meagan Good and DeVon Franklin are splitting - but what about the unhelpful pedestal we put them on?

Many people were rocked by the news that celibacy advocates and Christian celebrity couple Meagan Good and DeVon Franklin are separating. But Tola Doll Fisher asks why it’s so much more appealing for us to follow a highly visible, beautiful, golden couple than the Bible. 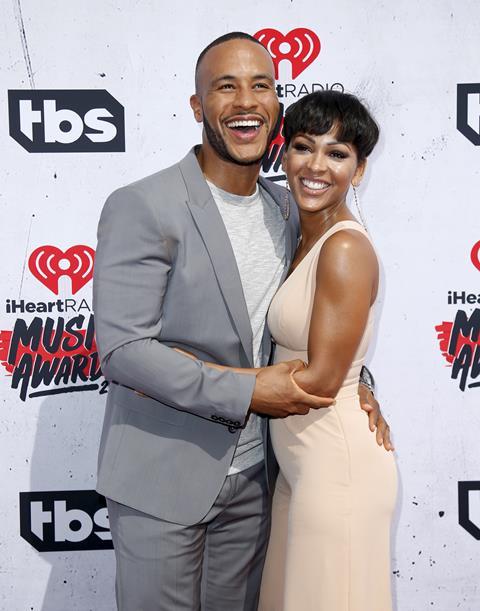 ‘I bought their book and practiced celibacy, and for what?’

The comments on social media surrounding the recently announced split of actress Meagan Good and producer DeVon Franklin show a darker side to the type of inspirational fame experienced by many [Christians] in the public eye.

This comment refers to the book the couple wrote in 2015, The Wait: A Powerful Practice for Finding the Love of Your Life and the Life You Love. A New York Times bestseller, in which Meagan and DeVon shared their own experience of finding true love through celibacy and the benefits of delayed gratification in general – not just in matters of love and sex.

Reading back over their story – they reportedly met on the set of the film, Jumping the Broom, in 2011 and were married in June 2012 – it has the whirlwind element of a Hollywood romance while being in keeping with traditional Godly code of abstinence. And for a couple both living and working in Hollywood, their decision to live by the word of the Bible rather than the law of the land, is admirable. And this is why it seems particularly heart-breaking that this exemplary relationship now seems to have broken down.

In an exclusive statement released by US publication, People, the couple said:

‘After much prayer and consideration, we have decided to go into our futures separately but forever connected.

‘We celebrate almost a decade of marriage together and a love that is eternal. There’s no one at fault, we believe this is the next best chapter in the evolution of our love.

‘We are incredibly grateful for the life-changing years we’ve spent together as husband and wife. We are also extremely thankful to God for the testimony being created inside us both and for blessing our lives with each other.’

It’s tricky to know how to deal when our real life Prince Charming and Cinderella come back from the sunset into which they walked almost a decade ago, only they’re no longer holding hands. My friend Adwoa said the news has rocked the confidence of many Christian couples she knows, who looked to and admired Meagan and DeVon especially when it comes to practicing celibacy in an overly sexualised world. She said: ‘Many of them are now saying, well how are we meant to follow in their footsteps when they didn’t even make it?’

As someone who is a both a writer and divorced, I would hate to think that anything I had written in good faith might become defunct if my personal circumstance changes.

As someone who is a both a writer and divorced, I would hate to think that anything I had written in good faith might become defunct if my personal circumstance changes. As Christians we are very good at doing that golden calf thing of putting people on pedestals and asking them to be perfect as inspiration for how we want to live and who we aspire to be. It’s apparently much more appealing to follow a highly visible, beautiful, golden couple than the Bible. But basing our life decisions on someone else’s is very shaky ground.

This is not the first time the couple have faced scrutiny into their personal lives based on our understanding of what it means to be a true Christian. Meagan, who was brought up in church and baptised at 19, faced plenty of criticism for her roles in horror films and the sexy girl next-door persona in others. With Franklin’s position as a Seventh-Day Adventist minister (who also produced the films Heaven is for Real and Miracles from Heaven), naysayers loudly disapproved of the way she dressed, particularly frowning on a dress with a plunging neckline that she wore to the BET awards in 2013. But it was heart-warming to see the fierceness with which Franklin reportedly defended his wife on a press tour: ‘She is not going to cover up. She will wear what she wants to wear in the name of Jesus. Amen. Yes, she will.’ And anyone following them on social media will see they still, even recently, show complete support for each other’s projects and celebrations.

It’s apparently much more appealing to follow a highly visible, beautiful, golden couple than the Bible.

It is sad when any couple splits up and our hearts and thoughts should be of compassion towards Meagan and DeVon, not disappointment. I asked a friend who is a big fan whether the news has put her off reading the book and she said no. ‘All we can do is pray for them and wish them the very best.’