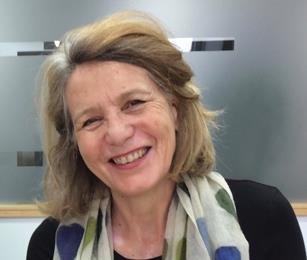 Isn’t Christmas full of light? Strung over the streets, on the Christmas tree, in the faces of the children. Predictable too? The same food, songs, TV. We can think of it as quite simple: a lovely story of a baby born and angels singing peace on earth.

Well yes, all that is true, up to a point, but if we are honest Christmas hurts: for you, for someone you know, for those you don’t know but pass on the street or see on the news. Christmas is really not easy. It never was and it isn’t meant to be.

At the centre of the Christmas story is a dark night, a dirty stable, a puzzled young woman and the man who cares for her, and the agony of a baby being born. It was hard there and it hurt. For many people this time of year is coloured by sadness, hard memories, frustrations, loneliness and even fear.

For the last 18 years Christmas has had a different and additional meaning for me. It is the anniversary of when my husband died suddenly, on Christmas night. When I look at the Christmas tree now, I see the dark depths just as much as the twinkly lights. He died of an asthma attack, at home at the end of a busy, happy family Christmas. After that Christmas was no longer predictable.

I wrote in my journal that it felt as if the veil between heaven and earth had been drawn aside. J’s numbered days had come to an end. His Lord and Saviour called him home. We were left with a million questions, arrangements, swirling grief and shock right in the middle of Christmas. At that time we sat and were carried by our family, friends and church community. Our world had completely shifted on its axis, yet we hung on tight. I am still rather wary of being taken by surprise, but I now know from deep experience that even in the most unpredictable moments of life God’s love and grace is there to hold us.

And how can any of us cope with shock, unpredictability? By sitting close to the manger, allowing all the fragile certainties to slip away and go down to the very centre of history. The birth of Christ is the most unpredictable thing in the world. God coming to earth, having to learn to walk again. It seems that the comforting image of Christmas as light, predictable and simple is far too trite to deal with the realities of life. And yet, as we battle through complexity and unpredictability, what do we find as we come to kneel before that new born baby?

There is true light. In galleries and on Christmas cards you will see many pictures where the source of light is from the baby’s face. As John’s Gospel tells us, he is the light of the world.

There is, actually, predictability. Christ’s birth was predicted by the prophets (Isaiah 61). And the only truly predictable thing in life is God’s love and grace.

And finally, there is a glorious simplicity. There is nothing more simple than the shepherds hearing the angel song and coming to kneel by the manger.

There is hope for all of us: hope of birth in the midst of death, hope for light and life and healing, hope for the world as our true King is born.

So what are some ways we could show the true light, predictability and simplicity of Christ’s coming?
Resolve to bring light to others during Advent that shies away from the frippery and trite jollity. Use the particular gifts God has given you. Make a cake. Write a letter. Hold a hand. Invite someone over to watch television. Send some money. Skype someone overseas. Send a photo. Even if Christmas is hard for you, it is the easiest time to reach out to others.

Think about ways you could simplify your Christmas, and if that means saving some money, send that somewhere where it can be used to build God’s Kingdom.

Before you decorate the Christmas tree, you could spend time sitting in front of it, perhaps just by some candlelight, and pray for all who hurt at Christmas: those you know, or don’t know, and even for yourself.

Gillian Phillips has worked closely with Christian mission agencies in the UK and overseas in governance, research and mentoring roles. A widow, mother and grandmother, she is an artist and writer with a passion for the visual arts.