Taking on too much? 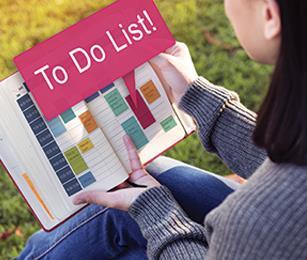 Is it time you said no?

Feeling overwhelmed and resentful? It could be that you’re simply taking on too much, says Sue Williams

The phone starts ringing. Judy reaches out to answer it, but her fingers hesitate involuntarily before they touch the receiver. She could ignore it. But she doesn’t. She picks up and hears – as she knew she would – Linda’s voice, barely drawing breath as she recounts some new crisis. Judy has already half-risen to switch off the fire and television. Casting a regretful glance at her mug of steaming hot chocolate, she grabs her coat and car keys.

“I know as a Christian I should serve cheerfully,” admits Judy, “but there are occasions when doing good completely grinds me down. I feel it’s wrong to say no. And I do truly want to help. But I end up feeling guilty and resentful.”

Linda, a chatty and friendly new believer, is becoming something of a problem. She recently started attending Judy’s Bible study group, but is growing uncomfortably dependent on a handful of its members. At first glad to support her, they’re finding the constant appeals on their kindness an increasing pressure. They feel taken for granted. But, as Judy says, “How can you ignore a cry for help?” Surely following Christ means always being there for someone. Doesn’t it?

A good question. “We all have a finite amount of God-given time and energy,” says Chrissie, a Christian counsellor from the Midlands, “but it’s all too easy to let it be nibbled away by a host of little demands without realising the impact it’s having on our wellbeing. We all know when we’ve taken on too much – we feel guilty, overwhelmed, uneasy. The challenge is to recognise our limits and protect ourselves from being drained by things God isn’t actually asking us to do. Which may mean saying no.”

Helping someone out is usually proportionate to what we can comfortably manage, and won’t cause any major difficulties. Conversely, there will be seasons in everyone’s life when we’re called to serve sacrificially – caring for an elderly or disabled relative, for example. But we shouldn’t confuse legitimate obligations with the middle ground, that endless stream of optional pleas for our time which life throws at us. How should a Christian handle those?

“Women can find it particularly hard to say no, repeatedly taking on too much and getting overwhelmed,” says Chrissie. “Our automatic response to an appeal for help is likely to be ‘Could I do that? Could I meet that need?’ when the first questions we should ask ourselves are, ‘Is this a reasonable request? Could it be dealt with another way? Is this actually someone else’s call?’”

Judy identifies with this. “I knew God wanted me to move out into a new area of ministry, but I kept putting it off because I was so busy. Or too plain tired!” A little phrase she’d read in a Christian book – If you do this, you can’t do that – penetrated the fog of fatigue and helped her rebalance her priorities. “It really resonated,” she says. “I realised there’s only so much of me to go around, and that taking on certain things means ruling out others. My choices have wider consequences.”

Now and then we may feel pressurised into saying yes because there doesn’t seem to be anyone else available to do it. But is this a good enough reason for risking overload? Jim, pastor of a lively evangelical church, suspects a cork-in-a-bottle situation is sometimes to blame. “In many churches, you’ll find a small core of active members doing most of the jobs."

Leaders should encourage the wealth of hidden ability and potential in the wider congregation; people might need a gentle nudge to recognise and blossom into their own area of gifting.” So your saying “no” could be someone else’s nudge.

For Maddie, the wake-up call came at a women’s retreat on self-esteem. “We broke into small groups to encourage one another,” she explains. “We had to write (anonymously) on a slip of paper something we appreciated about each other person. Most of the comments I was given were warm and affirming, but one of them stunned me. It read ‘Maddie is dependable, and never refuses a request for help’. It was well-meaning, but I suddenly thought, is that how others see me? A doormat? Gullible? The proverbial ‘gal who cain’t say no’?”

While there’s undoubtedly a strong emphasis on bearing one another’s burdens in Scripture, that doesn’t mean it’s right to respond to every call on us. “Definitely not!” says Chrissie. “That way lies burnout. We can be so busy focussing on Jesus’ teachings that we forget to take them in the context of how he lived.

“In the Gospels we see him modelling time-management that’s 100% rooted in what the Father – not people – wanted him to do. In fact, we frequently see him doing things that were at odds with what family, disciples or religious leaders thought he should be doing. And crucially, despite the heavy demands on him, Jesus always prioritised spending time with God to seek his will and to recharge his batteries, physically and spiritually.”

For Maddie, a period of prayerful heart-searching followed. She began to understand that her compulsion to help was driven by a fear of appearing unspiritual. That she was relishing the warm glow accompanying the words “Maddie – you’re a star!” or “I couldn’t have done it without you!” a little too much. “I was people-pleasing rather than pleasing God,” she confesses.

In psychological terms, Maddie had allowed herself to become a perpetual rescuer. While there’s nothing intrinsically wrong in rescuing (after all, Christ is the ultimate fixer, redeeming broken lives and putting everything right), if your sense of worth is built on something you do rather than who you are in God, it’s built on sand. You risk falling into an exhausting and destructive cycle.

Working things through with a Christian counsellor, Maddie was encouraged to consider the bigger picture and accept the simple fact that not every need was her responsibility. She also realised that immediately swooping in with help sometimes suppresses the recipient’s self-sufficiency, and can condone selfish or lazy behaviour. True helping involves practising ‘tough love’ – encouraging someone to take responsibility for thinking and acting for themselves.

Concluding that their kneejerk do-gooding had in fact made things worse, Judy’s Bible study group decided to respond to Linda more constructively. Many of her problems stemmed from poor life choices, and being constantly bailed out had blurred the link between an action and its negative consequences, and was preventing her learning from past mistakes. So, prayerfully and gently easing back, they started working with Linda to explore other solutions to her needs, encouraging her to take ownership of her decision-making and to foster independence and good coping strategies. Which is discipling in action.

As Judy found out, the process cuts both ways. “We’re not there yet, and of course we’ll always rally round if there’s genuine need,” she says, “but everyone’s learnt a lot about managing their time more effectively. We’ve all come out of this a little wiser!”

So before the next plea for help comes your way, take a moment to honestly evaluate your capacity to accept extra commitments. Plenty of scope? Great! But if not, pray about how you’ll respond in future. Rather than agreeing straight away, why not decide to ask for a day or two to think about it? After prayerful consideration, if you’re still feeling a niggle of unease – there’s your answer. That’s your spiritual dashboard warning-light blinking away.

If you always find it difficult to refuse a request, talk to God about exactly why so you can tackle the root issues, maybe working through them with a trusted friend. It’s also beneficial to periodically reassess your ongoing obligations, which may result in cutting something out of your schedule (or pencilling something in!).

At the end of the day, you and you alone are responsible before God for the way you steward that limited resource, your time. It’s your call – why let outside circumstances, other people or even feelings of guilt dictate how you use it?

• Realign your use of time with Jesus’ example – read the Gospels and check out his priorities.

• Pray about it – can you genuinely meet this need without overburdening yourself? Be aware of the point where overload begins, and leave yourself a safety margin.

• Don’t allow yourself to be manipulated into agreeing against your better judgement. It should be your choice, made with free will and a clear head. Resist the urge to be drawn into guilt-trips.

• Yes and no aren’t the only options. Can you negotiate other ways of handling the request?

• You don’t have to explain your decision. A simple “no” is enough.

• Try to differentiate between the urgent and the important. The urgent isn’t always what’s important.

• Set up some protective boundaries, maybe ring-fencing a day, time or type of errand for which you’re not available – and stick to it!