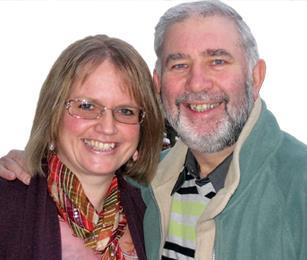 My wife was healed, but I was in a mess

Paul Tonks had been caring for his wife for four years when she was suddenly healed from ME. They were both overjoyed, but then Paul began to have difficulties of his own.

I had only recently been made redundant when we discovered that my wife, Jennifer, had ME (Chronic Fatigue Syndrome) and fibromyalgia. She had been feeling tired and generally unwell for some time, but she was eventually diagnosed by a professor at the Queen’s Medical Centre in Nottingham, and then transferred to the Royal Derby Hospital for ongoing help and advice. Suddenly, at 53, I became a carer to my 45-year-old wife, with two growing teenage children to look after. It was a shock to the whole family.

During the following months, I became acutely aware what this would really mean. Jennifer had to resign her job as an ESOL Tutor and became more and more housebound. On a good day, she could walk about 15 yards, but on a bad day she managed to have a wash or a shower and then return to her bed for the day. Brain fog was a daily problem.

As the months passed, it became obvious that she would need a wheelchair if she was to be able to leave the house at all. I don’t really want to go into a day-by-day account of what life was like during the next three years, suffice to say a carer’s life is a difficult path to have to go down. It’s not just the ill person whose life has changed dramatically, the carer’s life has also undergone drastic changes. It is daunting and can be quite scary to be ‘on call’ all of the time.

The illness affected our whole life: hobbies, social life and holidays. It became almost impossible to plan any event in advance, such as going out for a meal with some friends. I never knew whether it was going to be a good day or a bad day. But my biggest challenge was to stay healthy and positive myself. If I did not take care of myself, then how could I care for my wife?

This was brought home to me at a weekend retreat led by Rev Roger Royle. There was an opportunity for a one-to-one counselling session and it was a life-transforming meeting for me. When I told him about my situation, he related the story of St Paul being shipwrecked on his way to Rome (Acts 27).

The ship was approaching land in the dark and the crew feared they would be dashed against the rocks, so they dropped four anchors and prayed for daylight. Later, the centurion on board the stricken ship ordered those who could swim to jump overboard and get to land. The rest were to get there on planks or on pieces of the ship. In this way, everyone reached land in safety.

Roger explained that the people on board ship were praying for daylight so that they could see where they were heading, and they grabbed a plank to keep them afloat. He told me that I needed to do the same. The plank can be anything: going out for a meal, going to the theatre, talking to a friend, attending a support group or simply going for a walk. Do whatever it takes to keep you afloat. If you are a carer, it’s vital that you find something to relieve that stress, anxiety or simply boredom of staying in so much.

And so, I kept ‘praying for daylight and grabbing my plank’ until one day, daylight came. Jennifer went on a three-day therapy programme called The Lightning Process, devised by Phil Parker and was healed. It was astounding, the closest thing to a miracle that I have ever seen. Jennifer was floating on air and eager to take up life again. She wanted to be out shopping and to stay up late. Suddenly I had my wife back, but I was exhausted.

I began to feel very strange, especially in the evenings when I tried to relax, and even more so if I woke up in the night. It got so bad one night that I woke up wanting to scream and scream. I clearly remember trying to jump out of the window during the night on several occasions – and we do not live in a bungalow! I even stacked loads of books on the window-sill, to delay me using the lever to open the window. This ploy also meant that knocking the books over would cause Jennifer to wake up, and then she could help me. It was a very upsetting and disturbing time for both of us.

Eventually, I took myself off to the doctor, who was brilliant. He recognised that this was a reaction to the past four years and prescribed daily medication and lots of assurance. It took time, but the medication worked and I too was eventually able to get my life back.

I have since spoken to other carers, who have related similar strange feelings when the person they have been caring for has died. Those feelings can include debilitating depression, aches and pains, confusion and a real sense of feeling disorientated or even of being redundant.

The problem is that for so long your life has revolved around someone else and their needs. Suddenly you no longer have to remember medicines, injections and feeding times. You no longer have to get up in the night to attend to your sick relative or spouse and these adjustments take time. Your body and mind need to be re-programmed to deal with the new and strange freedom that you have. You need time to rediscover who you are.

A word of caution. Do not expect most people to understand that you do not feel well. Many well-meaning people, even close friends, will have no understanding of this kind of bereavement and the real sense of loss, or adjustment which you are experiencing.

I remember very clearly when my father died and someone asked me about four months later if my mother had “got over it” yet. Of course she hadn’t!  You never get over it – you quite simply have to adjust to the loss and gradually learn to live with it.

For Jennifer and me, there were two things that helped us both to move on. Firstly, we tried to get a new perspective on life. I used to work with a chap who had a handmade D.I.M. (Does it Matter?) sticker on his phone and we adopted that motto for ourselves.  Lawn overgrown? D.I.M. A cancelled meal or a disappointing night out? D.I.M. Prioritising things in life took on a new meaning and we realised that a lot of things that we fuss over and worry about really do not matter. It is rather like the old story of moaning that you have no new shoes, and then meeting a person who has no feet.

Secondly, we were fortunate that our church organised a marriage course by Nicky and Sila Lee from Holy Trinity Church, Brompton. The course, designed for married couples or those contemplating marriage, runs over eight weeks and covers building a strong foundation, communication, love in action, resolving conflicts, the power of forgiveness, parents and in-laws and good sex. Couples are seated at separate tables to watch a video and have a meal together. We were encouraged not to talk to the other couples, but treat the evening as a date with our spouse. The course reminded us both how things had been between us before the illness and this acted as a kick-start to move things on again.

Things have settled down for us now, but I am aware that there are millions of people who are caring for loved ones and who soldier on, not knowing how they will get through another day. I hope my experience will enable those around them to have a greater understanding of the carer’s situation. And to those who are caring for someone long term, I would urge them  to find their plank, grab it with both hands and keep praying. God is in there rooting for you. He is so gracious – daylight will come for you.

Do you know someone who is a carer?
If you would like to offer support to someone you know who is caring for a loved one, here are a few suggested do’s and don’ts ...

Do visit regularly. Arrange a time in advance and be careful not to overstay your welcome. You may also like to arrange to visit the disabled person for an agreed period of time, so that the carer can have a break. This may simply mean the carer goes to bed for a sleep – that would certainly have been my response.

Don’t quote glib Bible verses at them. It’s really not helpful to quote verses like “All things work together for good” or to say, ”You do know that Jesus loves you, don’t you?” More appropriate comments could be: “Hang on in there. I will continue to pray for you and your family.” “We will put you all on the church prayer list.” “We’re all rooting for you.”

Do think of the carer’s needs and not your own. This is not about you. Ask them what would be most helpful, and please do not offer to help unless you are willing to put yourself out.

Do not assume you know how the carer is feeling. I must tell you the funniest thing that was said to me when someone tried to encourage and support me. In the worst part of Jennifer’s illness, we had numerous family problems and then our son was in a road traffic accident. He had a broken bone in his back, 32 stitches in his stomach and we were told that he may not survive the operation. Anyway, I chose to go to see a friend and explained my plight. He listened and said: “Do be very careful. You are vulnerable to an affair at this moment in time.” I felt as if I had been struck by lightening! I blurted out, “An affair? I just haven’t got the energy, I think that I am more vulnerable to a nervous breakdown!” If only he could have felt something of how I was feeling.

I suppose it all boils down to trial and error as you try to help other carers, but I think what is needed most is to see God with a human face.