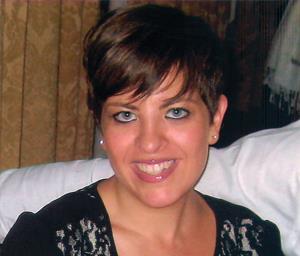 ‘I couldn’t stop pulling my hair out’

It’s a phrase many of us use when we’re frustrated, but for some people, ‘tearing my hair out’ is a literal truth. Olivia Nicola shares her story

It was a comment from one of my six-year-old pupils at the end of a school day that caught me off-guard. As I ushered the children towards the cloakroom, she pointed to the crown of her own head and gently whispered, “Miss, I’ve noticed you’ve got a bald patch, you can get special shampoo to help you.”

Startled by this comment, I ignored what she said and encouraged her to be quick with getting her bag ready for home-time. “You know it will grow if you use that special stuff,” she persisted. Throughout my entire teaching career a pupil had never commented on my hair before. I had been so diligent with styling and disguising the patches that I was shocked with the boldness of the sweet six-year-old who showed compassion on me. At the time, my hair was shoulder length, half clipped up and held firmly in place by a large amount of hairspray. There were two large patches of hair missing, one of the left side of my head behind my ear, the other on the top right, both exposing my scalp.

My hair loss was not as a result of genetic or hormonal factors, or from any medical treatment such as chemotherapy. I pulled out my own hair due to an impulse control disorder called trichotillomania (TTM). It started when I was 16 years old and began with nervously rubbing my eyebrows, then pulling them out until they were patchy and needed drawing in. I learnt how to lie about the obvious loss of hair from early on, making up stories about how I was dared at a party to shave them off, or that I had experienced a bad waxing treatment. Soon after, I became fascinated with splitting the ends of my hair from my head, which then led to pulling each individual strand. I was fascinated by the white fleshy bulb and moist black tip at the end of the root and I would engage in an elaborate process of running the tip across my lip, pressing the white bulb with my finger nail and on some occasions chewing it. This behaviour is apparently very typical among female pullers. As I tried to come to terms with this strange addiction, I spent many dark and lonely times destroying my self-esteem bit by bit.

In 2006, I became a Christian and one of the most valuable lessons I learnt was the importance and power of bringing things into the light. I knew that God had seen my whole struggle, but I began to realise that to help me break out of the awful cycle I needed to expose the problem to those I trusted. This was a very slow process, but I began with baby steps and wrote letters to three, close female friends explaining my disorder. This eventually led to an emotional time of prayer where I removed my head scarf and showed them the extent of the pulling.

I chose these women in my life to be my accountability. Confessing to the girls was incredibly difficult at the start and I became extremely emotional recalling what I was thinking and doing at the time I was pulling. There was a niggle in the back of my mind that they must have thought I was really strange and that surely I could have exerted a bit more self-control. Or perhaps they were thinking this should not be an issue now it was out in the open. Of course this was not the case; they were standing by me, encouraging and supporting me the whole way. They did, however, pose questions and these needed to be asked in order for confession to take place. Without confession there is no accountability and I learned very quickly that this was vital in the healing process.

Pulling my hair out felt soothing and would calm me down particularly during stressful times. I would often slip into a trance-like state, pulling strand by strand for over an hour. It was not until I observed the pile of dark hairs next to me and spent time examining my fresh patches in the mirror that the frustration and deep emotion would sweep over me.

The guilt I would feel after an episode was unbearable. I would feel guilty for a whole host of reasons. These included: letting myself down and relapsing, disappointing others (especially close family and friends), needing to bother other people to prop me up emotionally, not being accountable ie telling someone I was struggling before the pull, lying and denying it and not wanting to stop because of the ‘feel good’ release. This guilt is a psychological symptom of the disorder and the negative feelings caused me to enter into a vicious cycle of more pulling, as I felt stressed about what I had done to myself. I was unable to undo the pulling, but made attempts to make my hair look better by spending hours, brushing and re-styling to disguise the damage.

It is important to remember that guilt is one of Satan’s biggest weapons against us. False guilt (which is the guilt sufferers experience after pulling) is actually a symptom of unforgiveness directed at oneself. Pulling my hair would steal large amounts of my time, create dark thoughts in my mind and encourage me to speak negative words about myself. It’s easy to overlook the power of our words and how they can affect us. I would scream at myself in the mirror as I looked at the horror of my balding scalp, and make statements such as “It will never grow back”; “You’re stupid and have no self--control”; “Look at the mess of your hair – you’ve failed again.” This would subsequently send me into a downward spiral of feeling depressed and terrible about myself.

Joyce Meyer teaches: “Every time we open our mouth we either increase our power or decrease our power. The power of life and death is in the tongue. You can minister life or death to yourself based on how you talk about yourself.” I found this really hard to do at first, but it’s important that we replace the junk that we have been feeding ourselves with healthy, encouraging statements. I found it useful to write these out and put them on my bathroom mirror: I am victorious in Christ. I am healed by Jesus’ blood. I am beautiful.

I have been battling this disorder for 18 years now. Although God has the power to heal instantly, he sometimes chooses to take us on a journey, as he knows us better than we know ourselves and his timing is always perfect. I had a major breakthrough last year and was pull-free for almost 12 months, but I have recently had a relapse. However, I am determined not to lose hope, but to fight the battle with the armour of God fully on and to give him all of the glory.

* Olivia has recently returned to Hertfordshire, England after living in Melbourne, Australia for five years. She is a primary school teacher and is currently writing a book called Hairdresser’s Daughter which she hopes will be published by the end of the year.

• The word “trichotillomania” is derived from the Greek words for hair (“trich”), pull (“tillo”) and abnormal love (“mania”). The term was coined by Hallopeau, who was a French physician and published the first medical report of hair pulling in 1889.

• The number of sufferers in the UK is debatable due to the large stigma attached to this disorder and there are a number of sufferers who are untreated and many who do not even know the disorder has a name. According to Trichotillomania Support Online, 1.5% of men and 3.4% of women are affected worldwide.