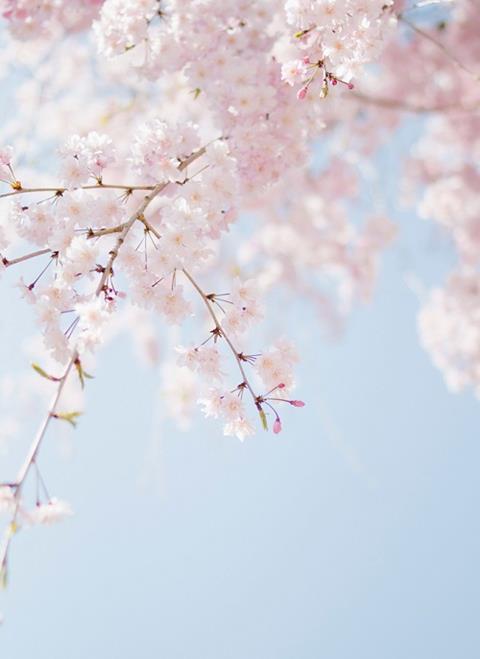 “I can resist everything except temptation,” observed Oscar Wilde famously. And faced with the topic of ‘Silence’ this month, I find an overwhelming temptation to leave this page blank, a white space that you can fill with your own wordless meditations. But, unlike Oscar, I shall resist, not least because I won’t get paid for writing nothing.

Many years ago at a Christian retreat I met an old Jewish refugee lady who had become a Christian in later years. She delighted me not only by labelling me as a ‘kindred spirit’ (something I had wanted to be ever since reading Anne of Green Gables as a child), but also by observing that those of us like her and me, who were never short of words, needed silence more than anyone else. We desperately crave a rest from the endless thoughts cavorting around our heads, and one of the best ways to find it is in a place already dedicated to quiet, sometimes for centuries. You may be familiar with the concept of ‘thin places’, where the barrier between the earthly and the divine seems easily breached; but I wonder if there are also ‘thick places’, places saturated with holy silence. I certainly felt a sense of something solidly sacred the first time I stepped into the church of Sacré Coeur in Paris, an almost tangible atmosphere of God’s presence and the conscious presence of people to God.

Silence can, however, also be found in little pockets of time and space in our daily routines. Yesterday on Facebook I saw a photo of trees and a field covered in untrodden snow, with the simple caption: “Silence is beautiful.” I lingered on it for a few moments and could genuinely sense the softness and noiselessness of the snow, even though it was just a set of pixels. It made a real difference to my day.

So why are we so afraid of silence? Many times I’ve been in a worship service where the leader has talked for two minutes about how we will now have a time of silence, and what it is for, and then allowed about 20 seconds of actual silence. Is it because of reading, or to my mind misreading, Luke 11:24-26 as a warning against the ‘emptying of the mind’ that eastern meditation involves, instead of the filling of the mind that is supposedly Christian meditation? (How, precisely, are we meant to fill something unless it’s first been emptied? And why is Satan assumed to be so much quicker to arrive than the Holy Spirit?)

In a church that proclaims “the Word become flesh” (John 1:14) and yet seems intent on turning it back into a never-ceasing flow of words, silence is a radical act that reminds us that God is beyond all our imaginings and our little projects. “Whereof we cannot speak, thereof we must needs remain silent” said the philosopher Wittgenstein, and the Bible makes it quite clear that there are many things of which we cannot speak with any certainty. We do not know, for instance, exactly what happens to us after death, and our great teacher Paul had no qualms about declaring it “a mystery” (1 Corinthians 15:51). Jesus himself told his closest friends that there were many things he wanted to say to them, but they were not yet mature enough to hear them (John 16:12). Silence is an appropriate response in the face of the ineffable, that which we cannot grasp.

Learning to embrace the silence

Deliberate, chosen silence is also a space in which we can make room for the voice of God, a voice that Elijah heard on the mountain as ‘a sound of sheer silence’ (1 Kings 19:12, NRSV). In conversation, we often listen not in order to hear the other person, but in order to find the point where we can come in with our own opinions. Is it the same when we converse with God? Do we fail to hear God’s whispers of guidance, or expressions of love, not because God is too quiet but because we are too noisy?

I heard a story of a preacher who stood up in the pulpit and declared: “There is no word from the Lord today.” If true, this may have been a very wise and brave action. By stilling his own voice (and I am fairly sure the preacher in the story was a ‘he’), he may have in fact made it more, not less, likely that the congregation would hear from God. The Anglo-Catholic tradition in which I currently worship includes many periods of silence between sections of the liturgy, when wordless, ritual acts are being performed that add to the sense that “something special is happening here”.