It's not about you 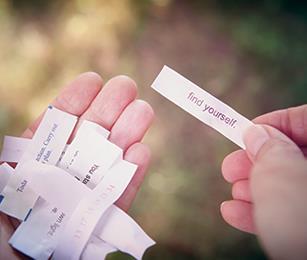 Many people who suffer from a poor self-esteem have been encouraged to repeat a positive mantra to help them build their confidence, but a top academic is suggesting that this can do more harm than good. Amanda Pilz reports

Every day, millions of people go about their lives rehearsing positive statements like: “I love me. I am powerful, unlimited and certain. I attract positive people and events into my life – now. When God made me he made big stuff. I am special. I am great.”

Such statements have become a familiar part of our culture. And, according to Christian academic Dr Glynn Harrison, Emeritus Professor of Psychiatry at Bristol University, self-esteem is now one of the most published topics in the whole of psychological literature.

Dr Harrison says a healthy self-esteem is not wrong, but Christians should be concerned about what he calls the “false science” of the self-esteem movement, which has invaded our culture, including the Church.

How it all began

This movement arose out of a century of psychological thought, including that of Alfred Adler and Sigmund Freud. Various streams of this thinking came together during the 1950s and 1960s, when social scientists believed there was a link between low self-esteem and a range of mental health problems, low academic achievement, crime, gang culture and social deviance.

Dr Harrison explains: “People fell into the trap of believing that because two things are observed to go together, one must be the result of the other. This was the first error and the second was that if low self-esteem is the problem, then boosting it must be the solution.” Hence it was felt that by rehearsing positive statements about ourselves many of these problems could be solved.

Fortunately for the self-esteem movement, an unholy amalgam occurred between it and popular culture during the 1960s. The post-war reaction was to bid good riddance to an austere and difficult past and ‘let it all hang out’. There was a growing sense of independence, where young people were freed from the constraints of the family. The 1960s new culture of ‘self’ led on into the 1970s hippie culture of ‘do your own thing’, promoting the belief that putting yourself first is good for you.
And so, the hope took hold that by massaging self-image in a positive way, we could improve educational outcomes, minimise family adversity, reduce the risk of substance misuse and have a generation of mentally healthy children. If this were shown to have worked, we would have stumbled across the holy grail.

Some Christians have inadvertently taken hold of this thinking. “The churches usually follow a few years behind, so we have the same sort of thing,” says Dr Harrison. “One church branded itself with the slogan, ‘You’re incredible. We’re here to celebrate you’. Evangelical Christians sometimes front-end their appeal by using the language of the culture, so they employ the ‘you’re special’ language to draw people in, whereas ‘sin’ is a word we don’t hear that often anymore.

“A Christian personal development website asserts: ‘We believe in you!’ and a Christian youth organisation runs its own version of The X Factor. Once we begin to be alert to this, we see it everywhere,” continues Dr Harrison. “We see an ‘X Factor’ generation of children primed to be celebrities and longing to be special in that way. We see competition being discouraged in schools and at children’s events because it is felt all must be winners, not losers.

“Phrases such as ‘I am special’ and ‘Jesus loves me’ are true, but what is interesting is the emphasis. When this is on the individual rather than on God, it sends the message that God loves people because they are great rather than because he is great, hence the Christian T-shirt emblazoned with: ‘When God made me, he made big stuff’ or the children’s devotional book entitled You Are Special!”

Dr Roy Baumeister was a prominent researcher in self-esteem at Florida State University until he himself became disenchanted with the promises that had been made. He was commissioned by the American Psychological Association to carry out a major review on self-esteem, which he published in the early 2000s.

Nicholas Emler of the London School of Economics carried out a similar review for the Joseph Rowntree Foundation. Both men agreed there is simply no evidence that this method of boosting self-esteem delivers any results in terms of educational and social outcomes.

A controlled trial was carried out about seven years ago at the University of Waterloo in Ontario, Canada which tested the effectiveness of positive self statements. They found that people who went into the study with high self-esteem felt marginally better about themselves at the end, but the people who went in with a low sense of self-worth actually felt worse. The conclusion was that these statements might benefit some people who already have a positive view of themselves, but backfire for those who need them most.

World-renowned Stanford University psychologist Carol Dweck took a cohort of children and gave them a simple test. The teachers said to one half of the group: “You are really intelligent. You have a gift at this kind of activity,” thus creating a fixed mindset in them. The other half were told: “I like the effort you put in. We don’t always succeed but it is great when you try.” In the next stage the children were given a choice of a hard, or an easy test. The children who had been nurtured in a fixed mindset chose the easier test. The children praised for effort chose the harder test.

Dweck argues that if you bring up children to think of themselves in fixed ways, particularly in terms of status, such as ‘I am an intelligent person’, we create a fear of risk and failure in them because they don’t want what they’ve been taught to believe about themselves to be disproved.

She says the second negative outcome is trying too hard – trying to be that person that your mother said you were meant to be. It can drive children to a relentless treadmill of trying to make that true in their life.

Jennifer Crocker, a social psychologist at Ohio State University, concluded that: “The notion I can think of myself as a person of worth independent of who I am and where I sit socially and culturally is difficult. Unconditional self-esteem as a stand alone entity that is somehow impervious to the rest of my life is difficult to attain in the natural.”

Dr Harrison adds “Rehearsing these statements is doing more harm than good. It actually impairs learning and growth because if you have acquired a certain positive view of yourself, particularly in comparison to others, you will avoid entering into situations which could reveal your true position. In other words, if you’ve been led to believe you’re a prince, it then becomes hard to discover you’re a frog.

“The self-esteem movement was about believing your own propaganda – which is hard to do – and asserting people’s worth without asking the harder question that underpins it, namely, on what basis am I a valuable, worthy, special person and what is the world view that it sits in?”

So, how do we tackle poor self-esteem?

“Someone remaining entrenched with a consistently negative view of themselves isn’t something to be nurtured or maintained,” explains Dr Harrison. “What I am quarrelling with is whether the way out of that is these positive self statements.”

It becomes clear that such statements are off track when we remember that Jesus’ message was “Repent” which, in complete contradiction to the self-esteem movement, tells us we are not as good as we think we are. Yet, he promises we can be part of a wonderful bigger picture: God’s plan of salvation for the world. So Jesus turns the self-esteem movement on its head.

Dr Harrison says that what we need is a rounded self-concept, rooted in self-worth. “This can’t be uncoupled from the deeper philosophical questions of ‘Who am I? What am I here to do? What can I contribute, rather than what can I get?’ It’s hard to know your worth when you don’t know what  you are for or who you are. Once we know this, it creates a sense of self that is broad and deeply rooted.

“The Christian world view pivots around the fact that we haven’t been stranded alone in the universe to make ourselves up, but that God reveals himself to us. He not only reveals who he is, but also who we are. The great magisterial opening of John’s Gospel reads: ‘To those who believed in his name he gave the right to become the children of God’. So God speaks our identity to us.

“So this is who I am and I discover in the love of God and his passion for me that I have great value and purpose, which are rooted not in my merits and worth but in something bigger than me – it gives me a story of which I am a part rather than the centre.”

Dr Greg Pritchard, director of the European Leadership forum, writes in response to Dr Harrison’s recently published book on the topic The Big Ego Trip: “The apostle Paul challenged early followers of Jesus, ‘Do not be conformed to this world but be transformed by the renewal of your mind.’ We will either be shaped by the culture surrounding us or we will be shaped by God’s Word.”

In his book Dr Harrison writes: “Instead of aiming for what’s good for me, we are called to aim for what’s good for the kingdom and what’s good for his glory. It’s not about you. This is God’s big story and as we re-model our lives around its beckoning destiny, we discover the liberation of self-forgetfulness. Like happiness, true significance is discovered in aiming for something else.”

+ The Big Ego Trip: Finding true significance in a culture of self- esteem, by Glynn Harrison is published by IVP