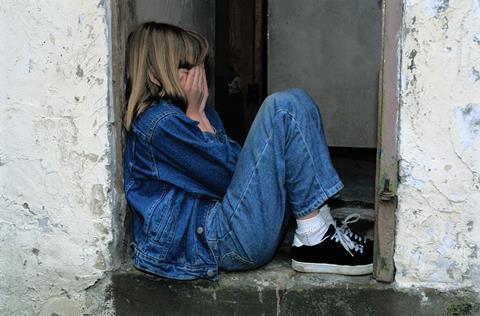 January, 1976. Queen have topped the charts with the haunting ‘Bohemian Rhapsody’ and Margaret Thatcher is three years from becoming PM.

I’m fourteen, back at school after Christmas holidays during which my mother took her own life at 31 after years of alcoholism.

Another pupil approaches me in the corridor. She looks awkward. “Hey, I’m – I’m really sorry about your mum,” she says.

I wave her concern off. “It’s not a problem,” I say. “We didn’t really have a relationship.”

How sincerely I believed my own rhetoric.

The girl looks shocked and makes a sharp exit. She is kind, and brave, to approach me. I’m part of the ‘hard’ crew which commandeers the girls’ toilets and teases younger pupils.

That’s the problem with trauma; especially that experienced in early childhood. It rearranges your brain – physically re-wiring it - so you believe what isn’t true and don’t believe what is. You don’t feel what you should, or cry when others would, so it can make you cruel and lack empathy. You’re so used to suppressing your hardly-met needs that it’s humiliating when others fuss. Kindness can seem a threat: an attempt to weaken or shame.

Of course I had a relationship with my mother. But it was marred by her own suffering and often terrifying. It was easier to pretend the relationship didn’t exist, as you might ignore a suspicious lump for fear of its significance.

Three years with Christian foster parents led to my own commitment to Christ in 1979. But I’ve only lately realised that my earlier years, when kindness was rare, could explain why accepting compassion from God – or from anyone – has never come naturally.

Indeed, I am grumpy in the face of it.

The Bible says, ‘Do not conform to the pattern of this world, but be transformed by the renewing of your mind …’ Boy, what a challenge that is, even if your childhood was secure and you could invite friends round for fish paste sandwiches and Arctic Roll without embarrassment.

I’m fifty-eight now and my mind still resists the renewal process. Perhaps it feels safer with its patterns and habits.

Miss, What Does Incomprehensible Mean? started life as an amusing memoir based on my teaching experiences. And I’m told it is funny, one reviewer calling it ‘a laugh-out-loud, eye-opening account of life in the classroom.’ However, as I wrote, I watched myself arrive on the page – the insecurities, fears, obsessions, flawed self-perceptions, work-addiction, and resistance to the kindness of others. The story took on depth.

Researching, I learned about medical studies into Adverse Childhood Experiences. ACEs, such as parental addiction, child neglect or physical violence, alter a child’s brain. Some medics now predict the likelihood of serious physical illness, emotional disorders and relationship problems using an ACEs ‘scale’ from 1-10, depending on how many ACEs you endured. I score too highly for comfort.

So, amongst the funny school-based stories in my memoir, another picture emerges. It illustrates what happens when someone who doesn’t believe she deserves kindness – from God or those around her – has to accept that there really is no alternative.

No one gets their mind renewed without help.

Miss, What Does Incomprehensible Mean? is released on 21 May and available in online bookshops in paperback and e-book formats.

Fran Hill is a writer, blogger and English teacher from Warwickshire. Her first book about the teaching life Being Miss was published in 2014.