‘Being pregnant with an eating disorder can feel like a minefield’

Award-winning mental health advocate, author, speaker and founder of #DumpTheScales, Hope Virgo developed anorexia as a teenager. Here she shares how it impacted her recent pregnancy 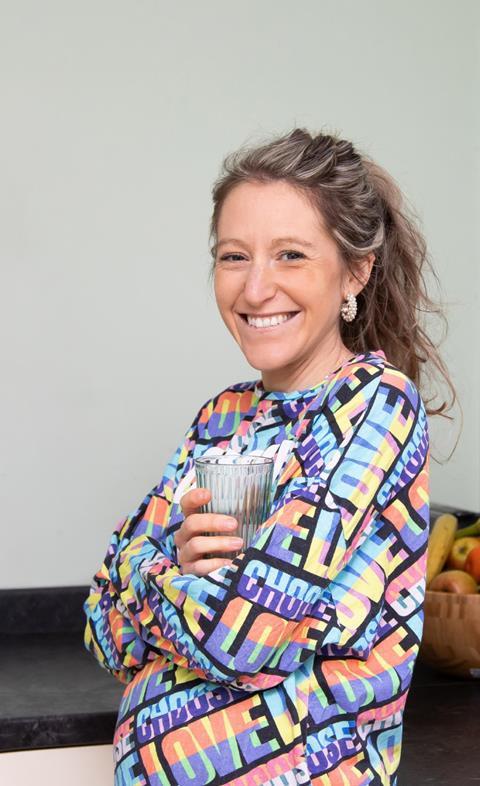 “I want a family one day” read the cue card on the table in front of me. The card lay next to a bowl of cereal that I was battling my way through. The thoughts in my head were loud, my brain destroying me with guilt with every mouthful I took.

I developed anorexia when I was 13 years old, and it gave me what I needed (or so I thought); value, purpose, the numbing all of the emotions I didn’t want to feel. Fast forward over the next four years and I was wrapped up in a web of lies, deceit and pain.

Eventually I found myself standing in a hospital doorway with an admission for anorexia. I spent a year in treatment learning so much about myself, understanding the eating disorder behaviour and repairing my brain with nourishment.

Having children wasn’t the beginning and end of my everything and not the only thing I wanted out of life, but it was certainly something that motivated me to start my recovery in hospital and to keep me on track when I left.

However, after a number of blood tests in 2021 showing my hormones weren’t high enough for kids, I was, in all honesty, fed up and feeling a bit stuck. 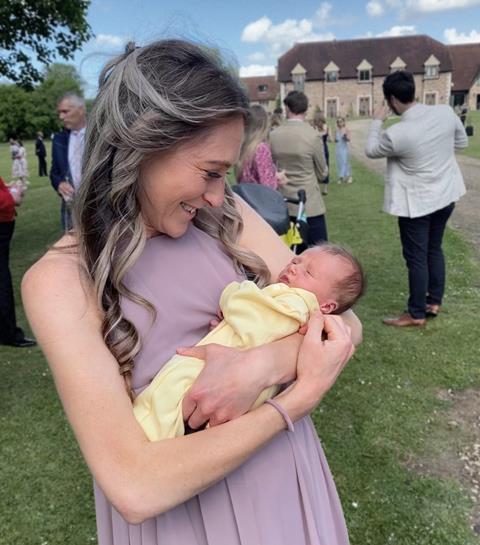 It was November 2021, and I had been feeling pretty unwell for a few weeks. A cycling holiday in Italy with my husband had been…well, interesting to say the least! But I put my lack of energy and sickness down to work stress and tiredness.

Being pregnant was the last thing that had crossed my mind. While people affected by eating disorders can have children, for me there had been concerns just months before with my hormone levels.

A few messages from my older sister, and a sudden panic meant I decided to rule out pregnancy so I could hopefully have a quieter few weeks and shift what was going on. On a cold wet evening towards the end of November I sat on the bathroom floor waiting for a pregnancy test result.

Pregnant…the result was loud and clear. “This can’t be right”, I thought, so I did another test, and another and another. All presented me with the same result and still I couldn’t get my head around it.

I reflected on the previous few months: I had been trying really hard to add variety into my eating, making sure that I was getting enough of what I needed. But as I sat there on the bathroom floor, with pregnancy tests surrounding me, it still felt like a total miracle. 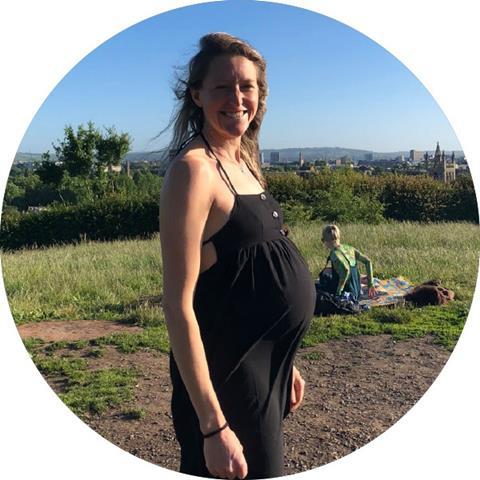 Nothing can set you up for pregnancy – whether you have had an eating disorder or not – but for those with eating disorders it can throw in a whole other turmoil and commotion.

The constant list of foods that you can’t eat, the unsolicited comments on your bump, as well as the battle in your head. That battle tells you that you are eating too much, combined with the guilt and fear of hurting your baby.

Then my brain caused me to develop a sense of guilt over my struggles when other people can’t have children. That vicious cycle played out throughout the start of my pregnancy. I shared my fears with my husband, family and friends.

They supported me but also had their own fears of the long-lasting impact of anorexia on my heart, the impact on me mentally when I had a baby growing inside of me, and my inability to put myself first.

Eating disorders are brain-based mental illnesses and fully treatable with a combination of nutritional, medical and therapeutic supports; the sooner someone gets the treatment they need, the better the chance of a good recovery.

A health survey conducted by the NHS in 2019 found that 16 per cent of the adult population will screen positively with an eating disorder at some point, yet so many are unable to access treatment and support because they are not ‘underweight’.

Studies have shown that relapse rates for those with eating disorders during and after pregnancy rise at least 67 per cent, and the risks around childbirth and low weighted babies also increase dramatically.

Like with all eating disorders, however, we know this is a massive under-representation because so many people won’t reach out for support because of the shame or simply because they “don’t look like they have an eating disorder”.

Often, the sheer lack of understanding and huge amounts of stigma keep people trapped in these spaces. On top of this, so much of the messaging around pregnancy and childbirth unintentionally normalises eating disorder culture.

From people commenting on the size of your bump, to telling you you need to lose “X” pounds after birth, to questions like: “You shouldn’t be eating for two should you?” can be extremely triggering. These all have a detrimental impact on the individual.

Because my history with an eating disorder was wrapped up so much in numbing emotions, I had to find new ways to sit with the uncertainty, the fear and the heightened emotions that were so prominent.

For me this was about finding space to talk, journal and remembering my reasons for wanting to get well. I was also fortunate that I had consultant-led care as well as a mental health team, and a dietician to help support me through my pregnancy and afterwards.

But a lot of the work comes down to you as an individual. Eating disorders aren’t a choice, but I had to find a way to choose to keep pushing forward, not allowing the emotions and consequently eating disorder behaviour to suck me back.

What I learned during pregnancy was to advocate for myself. This was often hard to do, and left me with huge amounts of guilt, but the more I did it, the easier it got. I had to surround myself with the right people. People who understood me and where I was coming from. The reality is: being pregnant with an eating disorder can feel like a minefield.

As I sit here now with a two-week-old baby, I can’t help but feel slightly guilty about how I handled my pregnancy. The fear of not exercising and eating certain foods dominated my thinking at times.

I blamed myself for the fact my baby was three weeks early and I had to have an emergency induction because of his size. However, what I am starting to see more is that struggling with these things does not make me a bad mum; it’s simply part of my story.

Hope Virgo’s books include Stand Tall Little Girl (Trigger Publishing) and Hope Through Recovery (Welbeck Balance). Her latest You Are Free (Even if you don’t feel like it) is published by SPCK:

To find out more about Hope’s campaign, #dumpthescales, and to sign the petition, change.org/p/eating-disorders-are-not-just-about-weight-dumpthescales

Hope VirgoHope Virgo is an author, award winning campaigner and spokesperson for people with eating disorders. She has published two books including best-seller Stand Tall Little Girl, documenting her eating disorder journey. Hope's third book; You are Free is out in May 2022.