‘No Blacks, no Jews, no women above the fourth floor’: Why, despite its shocking characters I’m still watching this hit US TV show

Succession has just been renewed for a fourth season and everyone is talking about it. Our editor Tola-Doll Fisher unpicks why she finds it so compelling

Succession, the award-winning HBO series coming to UK viewers via Sky, is a comedy-drama about a highly dysfunctional and ridiculously wealthy family living in New York. The first episode centres on the planned retirement of Logan Roy, the CEO of a powerful media and entertainment conglomerate, following a decline in the octogenarian’s health. His four children have had, up until then, varying levels of interest in the company but the struggle comes when they recognise that only one of them will replace him at the top. 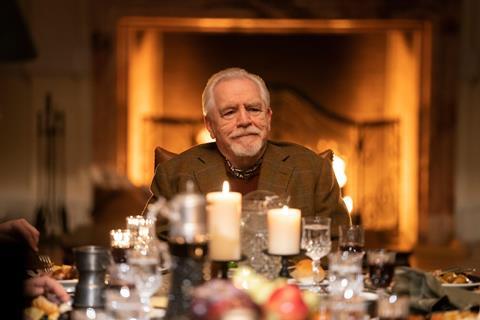 Logan Roy, played excellently by Shakespearean master Brian Cox, delivers most of his lines with an air of unveiled disdain towards his children and their apparent inadequacies and appears determined to remain firmly in his seat at the helm of it all. I am Black and I am a woman so the quote used to headline this blogpost (attributed to Logan Roy by his eldest son), should have me seething. However, as a Black woman, I am unfortunately all too familiar with being ostracised for these two unavoidable identifiers. So it’s easy for me to put this down to being the wording of an old, powerful, white man who is used to being able to say and do what he likes – with zero consequence.

Inside the world of the rich

Logan is a billionaire, and that is an amount of wealth most of us are simply not familiar with. Christians are, however, all too familiar with the scripture that says: “the love of money is a root of all kinds of evil” (1 Timothy 6:10). But for most of us who have to work in order to live, shop and play the way we want, a little bit extra can’t be that bad, surely? I’m sure many Christians, even the very good ones, have occasionally wondered what they would do with a £50 million lottery win (after giving a tenth to church, obviously). And I think that’s partly why I’m so fascinated by Succession. Talk about how the other half lives!

In one scene, Logan is, yet again, raging at his staff and he demands that one of them tell him how much a gallon of milk costs. No one says anything and, at first, I thought it was an incredulous silence, but then I realised that no one has a clue. That’s the kind of thing they pay someone else to know. And as for Logan, I can’t tell if he’s annoyed that they don’t know or annoyed that he does know because he is a self-made man and has ended up surrounded by highly entitled WASPs.

During lockdown last year, I was messaging my friend who lives abroad about a wedding that was taking place in London. Then she casually mentioned that her brother would be there with a friend and I asked how, when all planes were grounded and she simply responded with: ‘PJ’. Which, of course, stands for Private Jet.

In Succession, we see with complete clarity that when you have that much money, not only are you not under the law like the rest of us but, in some situations, you are the law (no spoilers but there are definitely some under the table deals with the police and even the president!).

As a Christian, I’m conscious that this may not be the most edifying viewing, however there’s something about the back-stabbing, scheming and undercutting of this tightly woven family that makes compelling viewing. A lesson in ‘What not to do when you win the lottery’, if you will. It is also very, very funny. I bet Netflix is kicking itself for not picking this series up.

You can watch Season 3 of Succession on Sky Atlantic. And for viewers already keen, Season 4 has just been announced!