I found myself in a church-cult, here’s how to spot the signs

From kicking off when her family missed a service to dictating how she did her hair, Tola Doll Fisher’s pastor showed some seriously problematic behaviours. Here’s how to work out if you’re in a church cult. 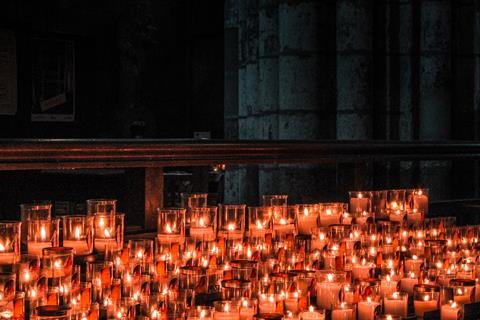 I always feel a bit weird telling this story, and slightly removed. In my early 20s I was part of a church plant that turned out to be a church cult. I grew up in church and have been a Christian pretty much my whole life so it’s weird thinking back to a time when I confused God with a man holding up the biggest and heaviest Bible I have ever seen. My maternal grandfather was a national newspaper editor, my father’s ancestors were the first Africans to study at Cambridge, we are all pretty intelligent and yet none of that stopped us becoming early stage victims to the plans of the enemy. Hosea 4:6 reads: ‘My people are destroyed for lack of knowledge’ (NIV) so let me pass on what I learned and hopefully, this will help someone else.

Look out for ‘Desperate Housewives’

No seriously. In 2 Timothy 3:6, the Bible talks about the type of people who will take advantage of this in the ‘last days’: ‘They are the kind who work their way into people’s homes and win the confidence of[a] vulnerable women who are burdened with the guilt of sin and controlled by various desires.’

I had an abortion when I was 18 and it left me feeling broken. Then the father dumped me. At the same time, my siblings were going through their own life traumas and I really feel for my, by then, single mum and what she had to deal with in that period. We were all Christians but desperately needed some kind of healing. Everyone we came across had some kind of similar story. Incidentally, none of them were male-headed households. In a healthy church, there are people of all ages and backgrounds present. I know the stats on there being more women than men in the Church, but a church with a male headship and almost predominantly single female congregation is definitely suspect.

A change will do you good?

When you’re spending hours and hours around the same person telling you how bad you are and why you need to change, eventually you do. The pastor gave us all new names, being new creations in Christ and all that. Mine was Ruth. I took it more seriously than the others and actually had it changed by deed poll. I told everyone I knew that my name was now Ruth, my old name had died with my sin.

The same pastor also told me that I was going to get married soon and made me perm my hair to be more appealing to my future husband. He also told me to stop wearing trousers and short skirts/dresses and to throw out all of my ‘sinful’ stuff from university. To this day a small part of me is still sad that I have zero photographs from that important time in my life. This wasn’t me being schooled by God, this was a mere man completely stripping me of everything that I was, so that I would be wiped clean ready to do his will. Not God’s.

My pastor also told me that I was going to get married soon and made me perm my hair to be more appealing to my future husband.

What the pastor says, goes

Listen, I’m all for obedience, I’m reading Romans at the moment and it talks about coming under the authority of leaders. But never should your pastor’s word be more sacred than God’s.

At the church cult we attended, we were encouraged to bring our Bibles to church and follow along with the pastor but his voice was the only one allowed. One day we decided not to go to church (at this point we were going 5 days a week for services lasting 3 hours plus) and the pastor was in uproar. When Mum told him we were taking time out to pray together just as a family, he was not happy at all. That was the beginning of the end for us.

Jesus Christ did not die for us to continue using a middle man/priest/pastor to connect with God. I don’t say this lightly but in order for you to only connect with God through the man/woman behind the pulpit reeks of spiritual abuse.

Discernment is key here. Not everyone who knows the name of Jesus is His servant (James 2.19) and not everyone who calls on Him is one of His sheep (Luke 13:24-27). If you’re reading this and something rings a chord with you, I hope you will go directly to God and ask Him to reveal the truth. In the end, that’s what sets us all free.

You can read more of Tola-Doll’s experience here.