Campaigner Hope Virgo explains that even if you can’t spot it, there may be people in your church struggling with an eating disorder and this is how to support them.

As your eyes wander around your congregation they are drawn to a white emaciated teenage boy. A boy that you found out last week from your pastoral team has anorexia. Your eyes keep going exploring the people, and you realise pretty good going, only one person in your entire church has an eating disorder. You must be doing something right. 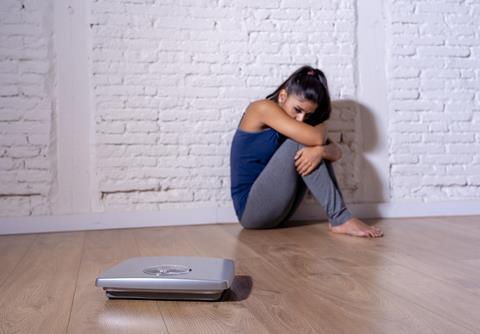 You might think being part of a church makes you exempt from having to deal with eating disorders, but these conversations, the exercise challenges that we set, the public health messaging and farcical obsession with body image, weight and commenting on food are seen all across society. The normalisation of eating disorder culture is not just a secular problem but playing out in all faith groups. Yes, we know the church isn’t a perfect place because none of us are perfect, but we need to do our part as the Church to create an environment that really works, and I mean really works for people affected by eating disorders. Not just this approach which doesn’t get to the nitty gritty; the lip-service, saying the right things, and not offering them certain foods.

The normalisation of eating disorder culture is not just a secular problem but playing out in all faith groups.

For a person with an eating disorder the build up to something as simple as a connect group dinner can be difficult. The thoughts of the evening meal can be all consuming. A fear can set in as they panic about what is going to be served, how big the portions will be, and what people will think if they take too much, or not enough. People toy with the idea of just taking a sandwich, or eating on the way home or turning up late or not turning up at all.

We know eating disorders are not really about food. They are a mental illness, and extremely complicated. The eating disorder is a coping mechanism, a sign and symptom that something else is going on and while we may change our behaviours around exercise, or food, ultimately it isn’t because it is about those things.

Eating disorders are still a massively stigmatised illness, and are often viewed as a choice, a vanity problem, something that only affects white emaciated teenage girls. People with eating disorders do eat food. Each day in recovery we have to choose to keep eating but we never chose to have the eating disorder.

An eating disorder is a coping mechanism, a sign and symptom that something else is going on.

The numbers of people with eating disorders increasing daily and 16% of the adult population screening positive for an eating disorder. This is why it’s crucial that the church does more for those affected:

I know that these conversations are hard, and it can feel awkward and perhaps worrying to even know where to begin. But the sad truth is that eating disorders are not going anywhere and your church is not immune to them. You just may not be able to see them.

Hope VirgoHope Virgo is an author, award winning campaigner and spokesperson for people with eating disorders. She has published two books including best-seller Stand Tall Little Girl, documenting her eating disorder journey. Hope's third book; You are Free is out in May 2022.