‘I lost interest in sex’ 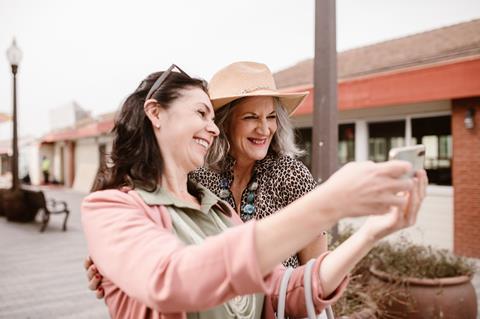 Symptoms of menopause can be confused with so many other symptoms, which means it is hard for women and their doctors to be sure whether their symptoms are due to menopause or not. As a result of this, a lot of women do not get timely or appropriate help. The impact of menopause can be so great, it can have devastating effects on a woman’s health, family, career and relationships.

Meet Sarah, whose story is so typical of the accounts of women I encounter in my practice: Sarah was 45 years old when she started to experience anxiety, panic attacks, mood swings, palpitations and low self-esteem. She would snap at her children for no reason, and she had uncontrollable rage. Sarah became depressed because of her symptoms, and felt guilty that she was not a good mother. Her husband no longer understood her, and their relationship was under strain.

Sarah was also having issues at work. Her job required having a clear mind and sound intellect, but she began struggling to perform. She also felt fatigued from lack of sleep. She experienced repeated hot flushes, which made her uncomfortable and embarrassed at work – she found she had to excuse herself from meetings to cool off the drenching sweats.

Sarah began having foggy brain and memory issues, and had to stop halfway through presentations because her mind went blank. As a result, she developed an intense fear of losing her job.

She began to feel anxious outside of work too, resorting to keeping to herself rather than venturing out to meet friends or attend any social gathering.

She lost interest in sex; when she tried to have sex, she had severe pain during intercourse. Worried about how this is impacting their marriage, her husband suggested seeing a marriage counsellor – while Sarah agreed, and has completed several private therapy sessions, this hasn’t really helped much.

Sarah asked for help from her GP, and was prescribed antidepressants for her mood and anger issues, but there were no real improvements. Eventually, she decided to quit her job.

It is not always straightforward to diagnose menopause, but if you have a number of the symptoms listed above – and especially if you are above the age of 40 – it is advisable to visit your health professional to discuss the possibility of your symptoms being due to perimenopause or menopause. However, it is important to note that there may be other medical conditions responsible for the symptoms.

In the menopause story earlier, Sarah suffered greatly with anxiety, mood swings and anger outbursts. She was given antidepressants, but menopause was never considered as the cause of her mental health challenges. She had no support at work because her employer lacked awareness of menopause or its impact on women.

Open discussions on menopause need to happen, as so many women have suffered and are suffering from the effects of what is meant to be a natural transition. If there is available support and enough awareness at all levels, women could have a better experience of menopause and embrace this unique season of life positively.

Help is available, and there is no need to shy away from seeking appropriate help. Mental health challenges during menopause can be successfully addressed by effective management options, such as hormone replacement therapy (HRT). After careful consideration, the benefits of hormone replacement far outweigh the risks for most women. Though not all women can or will want to take HRT. In next month’s article, I will be addressing other management options.

This is an area affected by menopause that is not spoken about much. Sexual difficulties may be the only symptoms experienced by some women, which means they may not necessarily link this to menopause. But lack of interest in sex and painful sexual intercourse can certainly be experienced by women during menopause.

Treatment for sexual difficulties is highly effective, but many women are not accessing treatment. Direct insertion of oestrogen into the vagina has minimal risk, so women concerned about cancer risks connected to hormone replacement therapy can safely use topical vaginal oestrogen therapies. This very simple intervention can save marriages.

As women, we need to keep the conversation going; the more we openly discuss our challenges and continue raising awareness, the more the world will start to listen to us.

There has been lots of media interest in menopause recently, and some positive news about the government’s plan to improve the awareness of menopause in the workplace.

Women do not need to lose their jobs unnecessarily due to ill-informed bosses and a lack of education in women’s health.

It is time for women themselves, men, employers, employees, government bodies and everyone else to fully understand menopause. Though the symptoms and the experiences differ from one woman to another, no woman should feel unable to seek help.

THE SYMPTOMS OF MENOPAUSE

Sexual difficulties
• Loss of interest in sex
• Pain during sex

December issue: How to thrive during menopause and what the Bible says about menopause.

Dr Olúṣẹ̀yẹ ÀríkàwéDr Olúṣẹ̀yẹ Àríkàwé MBChB MRCGP DFFP DRCOG is a GP with special interest in women’s health. She helps women connect science facts to the truth of God’s word, and blogs at A Word for Her. Her new ebook on How to Make Menopause a Positive Experience is available now.