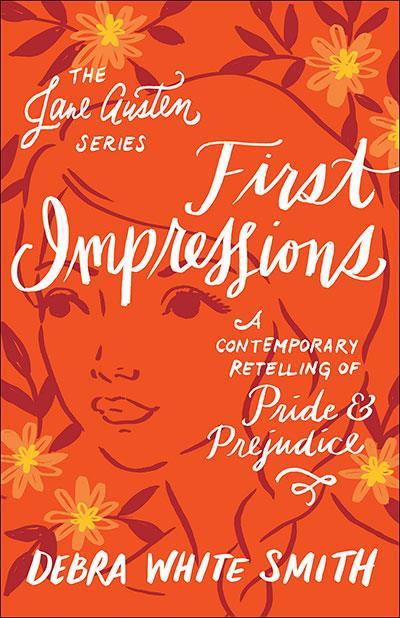 Last summer marked 200 years since Jane Austen died, and with the anniversary appeared many books celebrating this well-loved English author, of which I read five, writes Amy Boucher Pye. Why not join in this summer? It’s a perfect time for picking up one of her originals, or trying out an Austen-inspired novel.

First Impressions is a fun look at Pride and Prejudice from the viewpoint of (nearly) modern-day Texas. When I started reading it, I hadn’t read much of the publisher’s publicity information, so when I came across references to a man appearing “on the Internet” (like that was unusual) or checking e-mails only from an office computer, I wondered when it was written. Turns out its release this spring was a re-release. Remember when e-mails were only available from a computer and not from a handheld, portable device?

These few dated references aside, I enjoyed this transplant from Georgian England to small-town Texas, with Eddi named as the plucky Elizabeth Bennet and Dave her Darcy. They are brought together through a local theatre production of Pride and Prejudice – they play the starring roles – which made for interesting layers of meaning. The author also weaves in the protagonists’ Christian faith, which mostly felt authentic (a few times, not). Although I knew what would happen, for the book follows the plot of the original, I didn’t want to put the story down.

The Austen Escape by Katherine Reay (Nelson, 2017) is another Austen novel published for the Christian market, but as I read it I wondered where the element of transforming faith would enter the story. It didn’t, but rather explores Mary’s experience of encountering changes in work, friendships, and her own sense of self. She and a friend head from the States to Bath for a themed holiday Jane Austen style, where the main action takes place. It’s a good read and I grew to like the main character, an orderly engineer, which is a nice change from many chick-lit books.

One I really enjoyed was Jane of Austin by Hillary Manton Lodge (WaterBrook, 2017). Only after reading it did I learn that it was loosely based on Sense and Sensibility. With that knowledge, I could see the themes in reverse, but as I read, I wasn’t distracted by an updating of the novel.

In it, two sisters run a tea shop in California, but when they lose their lease they are forced to find refuge in a cousin’s home in Austin, Texas. The bond of sisterly love is a prime theme, along with finding oneself in a new location and finding love. I thoroughly enjoyed this story.

Which of Jane’s novels is your favourite?