The Church is failing single people 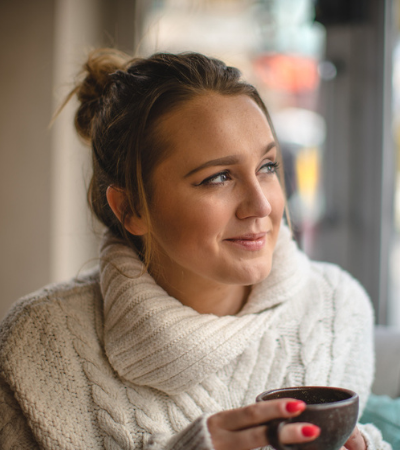 As I write, Lauren and I are both single Christian women in our 30s, so the gender imbalance in church and its effect on dating isn’t new to either of us. Official statistics show that not only are there fewer single men in church than single women, but that there are less men overall. This suggests it should be easy for men to meet someone; therefore, the dating advice from pulpits targets women. However, Lauren suggests that’s not quite the full story: “Christian books on dating are almost always geared towards women, but actually I spoke with a lot of men for Notes on Love and it was interesting to be able to invite them to be a part of a conversation they’re often excluded from.

“It is true that statistically, there’s this kind of horrible musical chairs thing where every woman is trying to grab a man before the metaphorical music stops. The numbers may not stack up but there are amazing men out there who do want to date honourably, although there are some issues for them too.

“A key one is about having too much choice; when you have so much choice you can end up in this sort of privileged paralysis where there are so many options you end up not choosing anyone. It also means that you’re less likely to be satisfied with the person you choose because you always envisage those you didn’t pursue as having the potential to be better.

“Another thing I came across is the ‘hot wife waiting’ phenomenon. I’ve got a friend who is not a Christian and he always says when he’s ready to get married, he’s going to go to church because that’s where he sees women of incredible calibre dating men who don’t always have the same to offer in terms of looks or intelligence or some other trait.”

I tell Lauren I’m familiar with this sense that women in church have to ‘settle’ in order to marry a Christian because the choices are so limited.

“I think that is a problem with a small subset of the men who date in church. They expect not to have to make much of an effort in any area of their appearance or character because they will still be ‘in demand’. I find that really frustrating, and tell them: you shouldn’t be asking for something you can’t offer.”

She goes on to say: “the thing that affects both genders is a failure in the Church to encourage a healthy model for dating. The men I spoke with say they often feel they don’t want to ask someone out unless they’re certain they want to be their partner. In the Church we don’t allow people to date as an exploratory exercise. Dating that way doesn’t mean that we are less intentional, and, unless we slow down, feelings can get hurt when they are engaged far too early.”

Singleness at all ages

Another group often excluded from conversations on singleness and dating in church is older women and men who may have been divorced, widowed or are long-time singles. I have a stark memory of a youth group full of girls and the pastor’s wife asking everyone to pray for our husbands. A hand went up at the back of the room and a woman in her 50s said poignantly: “What about us?” This is something Lauren acknowledges in her book:

“Most church singles groups are for students and young people but the conversations I had with single people in their 30s, 40s, 50s and upwards all showed that they struggled to know where they fit into these niche groups within church culture. Notes on Love is for anyone who rolls their eyes a bit when they hear that someone is doing a talk on singleness in church because they know what to expect. They are tired of the rhetoric that gets fettered out to people of all ages, which states that they just need to hold tight. It’s really not helpful because the solution to the problems of being single is not to get married. The solution is to build community in a way that single people are never lonely.

“Churches need to rethink how they offer community. If a single person doesn’t have a family who they’re friends with where they can just rock up unannounced and get stuck into family life, church leaders should help them develop friendships to find that relationship.”

Stop telling people more than they need to know

Lauren was addicted to alcohol and cocaine in her early 20s and, now sober, runs a recovery course at her church. One of the things she shares in her book is that Christians often don’t know what to say about her previous drug addictions. In Church, we put so much emphasis on our ‘testimony’ and how we came to know Jesus. It sounds innocent enough and can so easily become the narrative with which we start new relationships. However, that can be to our detriment.

“When I first started dating in the Church, having given my life to Christ, I thought it was important for guys to know my past straight away. In hindsight I realised I was doing it because I thought it would put them off me. I wanted to lay my cards on the table so they had a chance to walk away before anything got started. Deep down, I was looking to them to approve and validate me. For them to say: ‘That’s OK, I can still love you.’ But I know that I’m worthy of love, regardless of my past. I know that God loves me. I don’t want to date someone who thinks that they have more judgement power than Jesus.

“I’m not saying hide your past but just be natural and enjoy a person’s company. If you want to start peeling away the layers to tell them your achievements or something you’ve struggled through, that will come in time organically as the trust grows between you.”

Refuse to buy into the lies

In the introduction to her book, Lauren talks about a friend who organises events for singles and the spiritual attacks she has faced in that ministry. “God has built us to live in community and this is where we’re strongest. So I’m sure that one of the tactics of the enemy is to point out to people when they don’t have the same intimacy or connection that they can see in others. She has this to say to those living alone:

“Any time you celebrate an achievement like buying a house, the enemy will whisper: ‘Yeah, but you’re alone. Wouldn’t it be fun if you were unpacking with someone?’ We have to learn to take those thoughts captive. Call your friends, get pizza and unpack together! Even if you are unpacking alone, you’ve got God – the purest expression of love that there is and something that no human is ever going to be able to replicate anyway. To take those celebratory moments and nullify them because you’re not sharing them with a romantic partner is just the enemy’s way of blocking your gratitude, your joy and, ultimately, your relationship with God.”

Loved as you are

Those of you who are happily married may be wondering what all this has to do with you, so I asked Lauren about the effect of unhappily single people (there are of course many happy singles) on the body of Christ.

“When I first pitched this book, I thought it was going to be a silly exploration of those sort of jokey chats that you have with your friends when you laugh about your rubbish dates. There’s a lot of that in the book but actually, as I spoke to more people, I realised that, for some, the fact that they are single is the greatest disappointment of their life.

“The Bible says: ‘Hope deferred makes the heart sick’ (Proverbs 13:12). The Church needs to stop peddling a solution that has single people ‘match made’ with someone else. We all need to realise our own value. This is the heart of God’s message. You are loved by God as you are. You do not need a person to affirm that. You don’t need to wake up next to a husband or wife for your value to be equal to every other person in Church. And it is the Church’s responsibility to convey this message. The fact that it isn’t being said from pulpits is a disservice to the people who wake up and pray about it every morning and every evening.

“When writing Notes on Love, I spoke with people who have left the Church or turned their backs on faith entirely, because they have been so disappointed and let down by the state of their love lives. To not take that seriously is to undermine their human and spiritual experience.”

Lauren Windle is a speaker and journalist. She has a Masters in Addiction Studies and runs a charity recovery course for people struggling with addiction. Her book, Notes on Love : Being Single and Dating in a Marriage Obsessed Church (SPCK) will be published in July 2021. Find out more about her at laurenwindle.com