Moving from fear to compassion 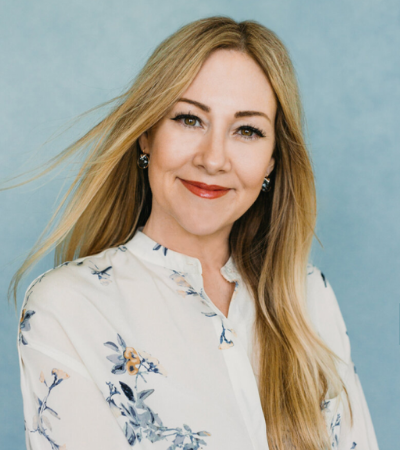 We were staying away from home, in LA, because of a show my husband was working on. One day he said he had a special surprise for me, but that we would need to switch hotels the next day for it. He then added: “The only problem is that I am not done with my show till 4pm and you need to be out of the hotel at noon”, suggesting: “I’ll just leave you the car and then you come pick me up at four o’clock.” Fear immediately gripped me – the thought that kept going around my head was: “I’m going to die tomorrow.” I didn’t sleep all night.

I got up the next day and was terrified. I was a brand-new Christian and was praying with everything in me. The only scripture I knew was: “If God is for us, who can be against us?” (Romans 8:31). I prayed that over myself, and all of a sudden I had the most overwhelming peace. So I decided: “OK I’m going to head out, get my bearings straight and figure out where I’m going.”

I decided to go into a fast-food restaurant to eat. When I went in there was nowhere to order food. Just tables and chairs bolted to the ground. So I walked back out, confused. I then saw a tiny little building so went to it and said to the man I found there: “I don’t understand – is this where I order food?” The guy responded by saying: “Honey, you’re in gang territory, and you need to leave immediately.” I replied: “Oh, OK. I’d like a cheeseburger with fries, no pickles, ketchup or onion.” The guy shook his head at me while placing the order.

While I was waiting for the food, three men approached me. One had a knife, which he was flipping and catching. My food arrived and I saw that there was an outside bench and table so I went to sit down. One of the guys sat to my right, one sat to my left, and the guy with a knife stood at the back of me. They started telling me that they were going to rape me, and it brought me right back to when I was that little nine-year-old girl, all alone in her house.

I looked at one guy, and said: “Tell me your name.” He was still talking his talk so I looked to the next guy, and I asked: “Where are you from?” He, too, continued talking his talk. So I turned to the next guy. I just kept engaging them, looking them in the eye and engaging them. By the time I was done eating, they were all sitting at the table telling me stories of their childhood. I asked them: “What is your passion? What is your dream?”, and one guy said: “To take the other guy out before he can take me out!” When I responded by saying: “No I’m serious” they insisted that they were being serious too.

It made me realise that these men were once children who had been wounded, just like me, and it gave me such a compassion for them. And you know what, when we left, they insisted on walking me to my car to protect me from all the bad guys out there!

You can read more of Christine’s story of freedom in her book Broken and Beautiful or visit christinesoule.com

You can listen to her full story here.