Is divorce okay for Christians? 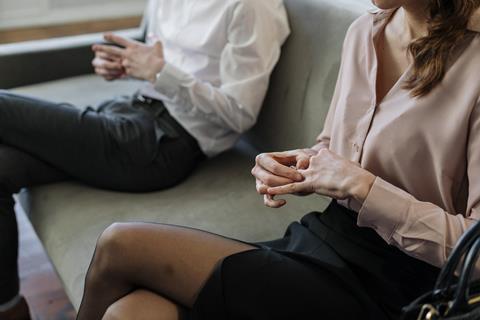 MR: When your marriage was going wrong, did you feel that you had to make it work because you were a Christian?

Dr.ZA: I did. I still believe that marriage should be forever, but if it's not working, you're better off getting out. The Bible says that having done all that you can do, to stand (Ephesians 6), so if you've done that and it's still not working, then you should call time on it and start your life again with someone else, if that's what the Lord wants for you. For me, I stayed. I'm what you call a stay-er. I stayed and stayed and stayed and stayed... until he left me. It was the right thing to do; one of us had to leave! I felt I needed to stay because I didn't want to have the stigma of being divorced from my husband. I thought God was going to be really, really upset with me, because in Malachi God says he hates divorce. However, if it's not working it can be a toxic environment for a family. Many people don't leave because they don't want the pastor, church, family or friends to use that “dirty” word and say that you're a divorced man or a divorced woman, so you stay, stay, stay. During lockdown this must be incredibly difficult for people. People do find themselves staying together because of what other people might say, not because of what God will say. If you're in an abusive situation and you're staying, you know you could end up dead!

MR: And that is a serious reality for some people: they feel like because they are Christian they must stay together, yet, as you say, there could be severe abuse going on there and the consequences could be fatal. Did you feel that your roles in church could be affected if you got divorced?

Dr.ZA: I don't think my roles in church at the time were affected, I just felt that my faith as a Christian was. As far as I was concerned, I thought I was the worst person on earth. I felt that I had failed the whole world. I felt I failed God, my family, the whole world and my church. Even when people were looking down at me, I was doing it all by myself. It all depends on the kind of person you are. Some people are really worried about what other people feel, but for me as a Christian, I felt that the Bible tells me that God hates divorce, and you shouldn't get divorced. I guess at the time, especially in the 80s, and the 90s, the teaching in church was that divorce was really the worst thing you can do. It was all about fornication and divorce. There was nothing taught about stealing, lying and all the other things that people do, except for sin against the Holy Spirit. In church we were compartmentalising sin. I thank God that we are getting more teaching. Let's go back to basics!

MR: Did you ever experience people being negative to you because you were a Christian and a divorcee?

Dr.ZA: Yes. Oh, my days. Yes. My background is Nigerian and there's a strong faith-based community with different tribes. It was very traditional at the time, so if you were divorced you're basically a scarlet woman! If you're a divorced man, funnily enough, not as much. People then tend to ask, "I wonder what his wife must have done?". When I first started out in ministry, and I was invited to speak at different churches and events, they would sort of say to me, "Oh, could you just wear your ring?", or they would put Mrs in front of my name. So yes there was some negativity there for not being married anymore, but I guess also it's about whether you know who you are in Christ. It's been a journey for me, and I'm exceptionally confident now, but it certainly hasn’t always been like that.

To find out more about Dr Zina's ministry visit believeandliveagain.com

Photo by cottonbro from Pexels