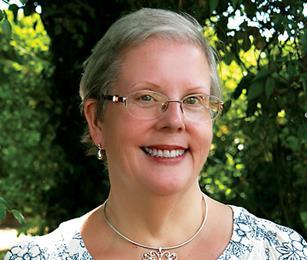 Plagued by insecurity and self-hatred, Carol Bostock sought comfort in food, but soon discovered that fat people live under the constant judgement of others. It took radical surgery to reduce her weight, but then the real healing began

Imagine walking into a room and worrying about whether you will fit into the chairs or going into a bar, café or restaurant and wondering if you will actually be able to fit your body between the tables on the way to claim that precarious chair.

Imagine people staring at you in horror at airport lounges because they fear being seated next to you in the economy-class plane. And then there’s personal hygiene ... there are bits you physically simply cannot reach … sidelong glances, whispers, giggles, smothered expletives – that’s everyday life for the very fat.

I had a successful career in senior management in a large company, but when a fat female executive walks into a room (in less than appropriate business wear because nothing else fits) the groomed size 10 women and the thrusting corporate males do not believe you have anything to contribute. Of course you can work hard and change their minds, but you can never quite eradicate that instant judgement they made the very first time you walked into the boardroom.

And everyone judges you when you are morbidly obese. People stare in the street. One man started yelling at me about how much I was costing the NHS. A woman I had never met came up to me at a conference, laid her hand on my arm and oozing ‘Christian compassion’ from every pore asked, “My dear, have you ever thought of going on a diet?” Only for the last 40 years!

Prejudice against the obese is tolerated because, of course, it is all our own fault – or is it? In my case, obesity was the symptom of my sickness not the sickness itself, which was, of course, why all attempts to treat the obesity failed miserably. It was just as if I had tried to eradicate the measles virus by wiping out the spots.

I grew up in a household where achievement and performance were valued and affirmed – anything else was unacceptable. Denied comfort and nurture from those designed by God to give it, I took comfort from food, but a fat child definitely did not fit my father’s vision of what his daughter should be. And so began a spiral of his anger and disappointment at my failure and my desperate need for comfort and security in food, leading to my gaining weight and therefore more of his anger. I learned the lie that fat children do not deserve a father’s love.

School provided no release – only more misery. Children are cruel to other children, particularly to fat children who eat sweets, can’t climb ropes in gym and suffer from obesity-related asthma. But food is always there …

When I was 15, I was invited to a formal birthday party. My mother and I went shopping and I bought my first long dress. It was white with pink flowers, puff sleeves and swirling skirts – a size 18/20 – and I absolutely loved it. I came down the stairs that evening. Both parents stood at the foot. My mother gave a resigned sigh, “You don’t look too bad.” My father turned and walked away. “She looks grotesque,” he said.

What can be done with all that pain? It was too much for a sensitive child to deal with, so I cut my fingers with a scalpel blade and pushed all the pain down deep inside, into a ‘cellar’ inside me. And into that cellar, I added all the shames and the vile, ugly, humiliating names … more and more pain going into the cellar.

When I was 17, I was sent to spend Easter with my religious and recently widowed grandmother. She got the time of the Good Friday service muddled, so we went to a nearby church rather than the church she had attended for years. It was packed. There were young people, great music and we both heard the Gospel for the first time. The possibility of a relationship with Jesus, always loving, always accessible, always caring felt as though it was my answer to my every need.

Six weeks later, we had both asked Jesus into our lives and my grandmother never did go back to the other church.
A short time later, I went with members of my church on a summer break to Lee Abbey and met John. He was there with friends from his church and invited himself along on a beach trip. He lived in Oldham and I in Guildford, but we kept in touch and became good friends. He worked at Lee Abbey for two years and then moved near me and we were married not long after my 21st birthday.

I had never dreamed of the fairy tale wedding because I never believed I was a princess. Disney has taught us well that princesses are never fat – only ugly sisters. But I had always dreamed of the babies that would follow. We had planned for twin boys, named them Richard James and Dominic James, and I had a ‘bottom drawer’ where I was storing up their little jackets and bootees. But then I got sick – it was obesity related, as it always is when you weigh 26 stone.

A week or so later – it was about 11.30am on a Tuesday morning – the consultant stood by my bed and asked the junior doctors: “Has she been told she can never have children?” And so my dream died. Later, I underwent a total hysterectomy while still in my twenties. Then the dream died forever and I learned the lie that fat children don’t deserve to have children. Childlessness led to yet another exclusion from my peer group, now young mothers at the school gate, and once again food was the only comfort.

Eventually, in January 2006, determined to get a handle on my life, and with the support of a wonderful GP, I began a liquid only diet – two shakes a day and nothing else. I remained on the régime for nine months and lost ten stone. Suddenly I could buy clothes in ordinary shops and everybody was pouring out the approval and affirmation I had always craved. I truly believed my life-long battle with weight was over.

But there was a problem. Although the outside of me had changed, the pain on the inside was just the same. So, over the next year, I put 12 stone back on. All the approval and affirmation dried up overnight and I left church, avoided friends and hid from family so as few people as possible could see my all-too-visible shame.

I would love to tell you that Jesus stepped in and healed all the pain in that cellar and I lost 15 stone, but sadly I can’t. I had become so conditioned to equating approval with weight loss and distance and disapproval with obesity that until I had lost weight with a gastric bypass two years later, I don’t think I could ever have believed that God truly loved me. I had created a God in the image of my father who approved of me only when I was losing weight, but was disappointed in my failure when I was gaining. It took the surgical removal of nine tenths of my stomach to set me on the journey toward healing. It was impossible for me to feel loved because I did not feel lovable.

However, because I weighed so much and I had repeatedly lost weight and put it on again, the bypass left me with a knee-length ‘apron’ of skin and excess tissue that made my hips look huge and misshapen. I was literally carrying the weight of the past around with me. I hated it with a passion.

My husband, who has been wonderful and supportive throughout, agreed to us spending £12,000 of our savings on an apronectomy. It is a terrible surgery: eight hours of knives and fire to remove that last two and a half stone of ugliness and shame, leaving a 36” inch scar.

I had now lost some 16 stone in weight. I had a new body, but the same sick heart was inside. All the pain, fear, self-hatred and expectation of rejection was still there. My sense of identity, which had been rooted for more than 45 years in the fact that I was a fat person and my core beliefs of who I was and how I related to God crumbled and fragmented. I had a breakdown. So Jesus, in his kindness and grace, gave me Jen Rees Larcombe and her Beauty from Ashes ministry to walk with me through a year of deep inner healing.

In that 12 months, I was unlearning the lies that I had transferred from daddy to Father God, believing for the first time ever that God loved me, all of me, every cell and every ounce. I learned, slowly and painfully, to give him all the pain in that cellar deep inside. I realised I could look into his face rather than trying to sneak up behind him and touch the hem of his garment to avoid the utter disgust in his eyes at the shape of my body. I understood that I was Cinderella, not in the ashes, but dancing with her prince, and that I was lavishly and unconditionally loved.

Now Jesus has given me a new name, in exchange for all the names of shame. He calls me ‘Heaven’s Joy and Delight …’ and has shown me that my name is, indeed, graven on the palms of his hands. I am still a work in progress, but I am learning that I am loveable and learning to live loved.

+ Carol Bostock will be joining Jennifer Rees Larcombe to speak at our Women of Peace conference in June 2017 (for more details and booking your place, visit: www.brfonline.org.uk/womenofpeace2017 or call 01865 319700)