Enjoy the life that’s right in front of you 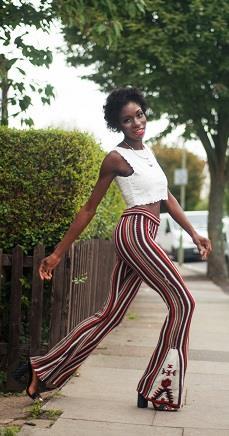 I have had the pleasure of working with Tola on not just one but two magazines over recent years. She always seems full of life, confident and very ‘together’. When I first heard that she was writing a book I looked forward to it with great anticipation, and I am happy that we all get to celebrate its release with her now.

I was fascinated by the title: Still Standing: 100 Lessons from an ‘Unsuccessful’ Life, as that is certainly not how I would have described Tola’s life. But, of course, this was a fresh reminder of how we should never make assumptions about others.

Tola’s life plan was organised from a very early age. She was going to be married with three children by the age of 24, and enjoy an ambitious and fulfilling career in journalism – as she always enjoyed writing – and modelling, something she was encouraged to do by both friends and strangers. The reality has been very different: she was engaged by the age of 24, married at 26, bereaved of their child at 28 and divorced by 30. Her dream of being a fashion journalist did not materialise and she received many ‘No’s from various modelling agencies.

Here Tola reveals more about who she is, how the intense difficulties in her life have shaped and moulded her, and why she still thinks life is a gift from God to be celebrated:

I come from an incredibly driven family and achievement was always high on the list of priorities. For some people this means they become Type-A high achievers. I started out like that, but also realised that it meant I stopped trying for things that seemed too far out of reach. I guess going for the low-hanging fruit seemed to me to be a better chance of achieving success.

What God taught me is that he is not looking at us, comparing us to the end game (whatever that is): he is looking at our hearts and how and what we are doing along the journey. In my TEDx talk last year I spoke about how important it is to work out what success really means to us and whether we are following our own dreams or just going along with society’s view of success. I’ve learned that there are seasons to our individual journeys – mountains and valleys, ups and downs – and so ‘success’ is literally like chasing the wind – an elusive and frustrating objective. And importantly, not one that God has called us to run after.

My parents came to the UK as expats and they had just sold their apartment and moved into their first house when the cracks started to appear in the relationship. They split up when I was about four; they sold the house and we moved yet again. I don’t have full consciousness of how that affected me at the time but I know that it disrupted my long-term sense of family and unconditional love. I was very close to both my parents, especially my mum. But when she effectively took on the role of both mother and father, that relationship changed as she simply had less time. We went from living in a high-income, two-parent household with a steady stream of au pairs, to moving into a council house with one parent running around trying to do everything to keep the cogs moving.

Working in charities has shown me that a lot of people in the West think that all black and brown people are poor and uneducated but my family doesn’t fit into that stereotype at all so going to a good school wasn’t even a question – it was assumed.

I was one of only a handful of black girls at mine and there was a bit of resentment on my part because I felt the security with which my life had started had been pulled like a rug from under me, so I often felt like the outlier. I became really good at fitting in though – I was a sensitive child and watched what people said and did – and then imitated that. It always felt like I was slightly wanting, like I wasn’t quite good enough or cool enough or rich enough. So I worked hard to become the person I thought I should be.

Faith was a journey I was on from a young age. Mum and dad were brought up as Catholics but mum’s faith came into its own during their split and a group of Christians really helped her through it, so we began going to church. We were a family who got fully involved in everything so I joined the church youth group, youth choir, youth band and helped out in the church crèche. I got baptised when I was 16 – mainly because everyone else did. In hindsight maybe that’s just an example of trying to be good – good at doing church. It wasn’t until my early 20s that I recommitted my life to God and it became my own faith.

Something I don’t talk about very often is the abortion I had when I was 18. It was a result of my first sexual experience with a boyfriend when I was at university. Mum was very strict so there was no way it would have happened while I was living at home – I was much too scared of her to risk that! It was a time of deep shame, worsened by the fact that I hadn’t wanted an abortion.

The shame settled like a shadow for all three years of university and I avoided going home during the holidays, too ashamed to face my family after what I had done. Then, during the Easter weekend of my final term, I experienced the presence of God like never before. I wept and wept as I wrote down everything I felt separated me from God. I had decided to fast that weekend (something I had only ever previously done as a communal church experience) and when the three days were over, I ripped up the piece of paper and sensed that something had been broken. And, for the first time in three years, it wasn’t me.

I met my ex-husband, ‘Fish’ at work: he used to say we were like two of the same people and it was so true. While we didn’t hit it off immediately, when we did, it was a soulmate experience I’d never had before. Prior to meeting him, I had been in a serious relationship with a fellow Nigerian and Christian – the perfect match on paper but, looking back, I can see that we had been using tick boxes to affirm the relationship. Fish is English and, while he later gave his life to Christ, he was a proclaimed atheist when we met. He wasn’t perfect, obviously, but he was everything I hadn’t realised I wanted in a partner and husband. We started dating in the October, he later told me he brought an engagement ring in December and he took me to Paris in February and proposed over Valentine’s weekend. We were married 18 months later.

We were really happy when I got pregnant, as we had been trying. Fish said he knew it would be a girl and we were both super excited when we got the scan results confirming it.

The labour is a blur now but I remember both of us absolutely breaking down and sobbing when the doctors told us Annie had died. She was born by spontaneous labour at around 24 weeks. Her body was tiny but I was amazed at how perfectly formed she was. I couldn’t stop staring at her and willing her to open her eyes. To be alive again.

My initial response was to want to try again straightaway. Fish was on board initially, but then the cracks that we’d probably ignored early on started to come up and I felt him become distant.

I was really, really angry at God for a long time about letting our marriage collapse. But it took me a bit longer to isolate Annie dying and being angry with God about that. And that’s because I remembered the abortion and it felt like maybe it was payback.

I questioned God’s goodness because he didn’t do what I thought was the best thing for me. But with the blessing of hindsight I can see how rich my life has become through the messy walk I had to endure because of those very experiences.

When Fish and I got together, I recognised that he gave me the love I had been searching for. But, ultimately, the only one who can give us the deep love we all crave is God – and he never disappoints. Being single has helped me realise that. I remember feeling God really test me on my ideal of having a child and wanting to be in a relationship. I had a strong sense that I had idolised both and put them on a pedestal in the place where Jesus should be. I knew I wanted to be a mother and wanted to be a wife. But God challenged me to consider that I was still fully whole without those titles.

I’ve wrestled with the idea of waiting and I’m not very good at it. But while I write this as a single woman, I can see that the years of ‘waiting’ have been incredibly busy! I’ve taken a sabbatical from work, I’ve done a ski season, I’ve been to one of the biggest music festivals in the world, I’ve travelled all over the globe and I’ve written a book. I certainly haven’t been doing nothing. That has taught me to really enjoy and celebrate the life in front of me and not put it o 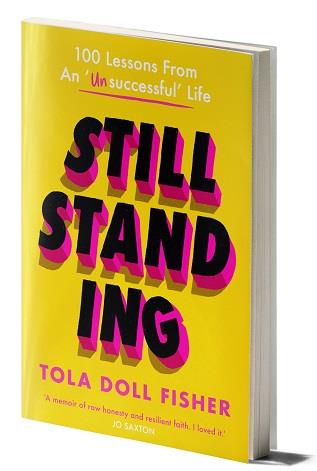 ff until a further date when what I’ve been waiting for arrives. Because the thing is, none of us know when that will come. And actually, if we look hard enough, there is always something to celebrate.