Do we need a #MeToo movement for women in The Church? 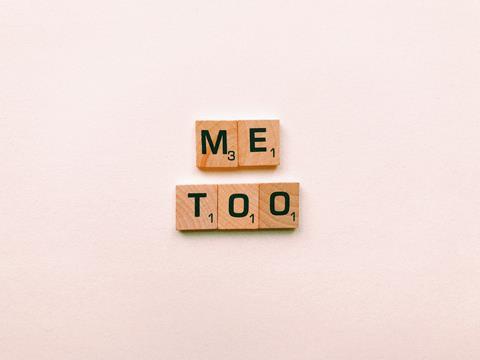 I wish I could say I was shocked at the recent spate of sexual and spiritual abuse allegations against men in leadership in the Church. I’m not. This is nothing new, and when we hear reports of leaders who have been abusive, we sigh or we point fingers at the individual and we ask why nothing was done at the time… and then they quit or are acquitted; another story breaks and we go on with our lives. Until the next time.

When I was 20, I joined a new church which focused heavily on spiritual warfare and atoning for ancestral sins. Newly reeling from the shame of pre-marital sex leading to an abortion at 18, my desire to be absolved from sin led me to the mercy of anyone who claimed to be able to make me right with God. I did everything I was told – changed the way I dressed, cut off all my friends and dedicated almost all my time to the “church” [full story here].

Very soon, the “pastor” invited me to spend more time with him and his leadership team. I would often receive praise for how I was growing spiritually. But he also made me “confess” every private, mainly sexual “sin” to him, and tbh, I was only too happy to. Better out than in, right? I was sad that I had to throw away my clothes, music, photos and everything that had been a part of my old life, but the sacrifice seemed worth it if, as the “pastor” said, that was God’s wish for me. I became compliant and completely obedient to him.

Later, when I finally got out, I learned through some people close to him that the “pastor” had been grooming me and looking back I can see that I had reached a point where nothing he said or asked of me seemed weird or unusual. I can see how I would fallen into that trap.

Many women are not so fortunate. I was speaking to a new friend recently about relationships and she casually dropped into conversation that at her last church, the pastor had taken an interest in her and after a few months had begun making sexual advances, telling her that if she said anything, she would be destroying the church and all the good that he had done. She was a new Christian and left church for a long time after this experience. We recognised that a #MeToo moment could lead to accountability. But none of us spoke up. I was ashamed, I felt guilty and ridiculous but I had a lucky escape and I just got on with my life. As did my friend.

Lessons from The Morning Show

There is an excellent series on Apple TV called The Morning Show (*spoiler alert*) which does an excellent job of showing the easy relationship between men in power and sexual harassment. Genius casting has Steve Carrell, most famously known as the hapless and harmless Michael Scott in the US sitcom The Office, as the popular co-anchor Mitch Kessler, fired amidst allegations of years of sexual harassment.  In flashbacks, the easygoing, jovial presenter is seen waving to fans and taking time to notice low-level employees. He has a wife and children and a home with a well-kept lawn. Everyone loves him.

As the story unfolds, we see the influence he has. People cling to his every word; he makes people feel special. We even see him stick up for women, disgusted at a golf buddy who makes a crude comment about sexual abuse. The story flows seamlessly into the dark reality of sexual abuse. We see him invite an overlooked intern on an important field trip, and we see him ask about her family and her career aspirations. We can see how flattered she is to be noticed by him and he shares about his own life while inviting her to be vulnerable with him about hers. Then we see him invite her up to his hotel room to talk more and it is all very relaxed and non-threatening. Then we see him put his hand down her trousers, lead her to his bed and rape her. All the while he is very smiley and friendly. But the woman is absolutely frozen. Afterwards, she can’t stop shaking.

Back in the office, she gets up the confidence to go to management about what happened. But the male official congratulates her for what he calls, using her feminine wiles, to negotiate a promotion! Clearly, it’s not the first time this has happened and she realises no one will be on her side. She’s just a lowly intern who slept her way to the top. She feels stuck, takes the promotion, and gets on with the job. But she also descends into her own personal hell. A cycle of alcohol and substance abuse to cover the trauma does not heal her and she eventually takes an overdose to end her life.

The vulnerability of single women

When I spearheaded an issue looking at singleness in the Church (WA Feb 2021) and specifically single women, I had someone ask me why that was important, which irritated me for many reasons. But a pattern in these stories both in and out of Church is that the women, the victims of the abuse, are usually single and alone. Women who dedicate their whole lives to work or church and who quickly form close bonds with those in leadership and authority because they are always around. These are the women who are more vulnerable because there is no one asking questions about why another man – let alone a (often married) church leader – is taking such an interest in them.

When allegations come out about church leaders, we usually look to them straight away. Cancel culture leads us to lash out at the person, or if they are no longer alive, their representation. In The Morning Show, the legal investigators did not go to Mitch, the accused, straight away; they went to the offices to ask every member of staff about the culture. What kind of work environment would allow these things to go “unnoticed”, under the radar? What were the expectations of employees and of leadership? How did they respond to whistle-blowing?

In a recent IG Live around this topic, speaker and leadership coach Jo Saxton asks, “What are we allowing?” and that’s an important question because it is these patterns that foster these cycles of abuse; not just the individuals.

In the Feb issue of Woman Alive, one of the things we looked at is representation. Why is everyone in leadership male or/and married? If you were a woman who had been sexually harassed by a male church leader – who would you go to if all the other leaders were part of a bro code? And for the church leaders reading this, if a serious allegation was made against a close colleague, what would your reaction be - would you speak up?

Something to think about, for all of us.

Photo by Shamia Casiano from Pexels