In a culture that idolises youth, Claire Musters investigates the experiences of women who are past the age of 50

Everywhere we look – on TV, in magazines, on the internet – we see images of beautiful, youthful women. The reality is that we all grow older; we should be able to embrace the stage we are in and feel we can truly be ourselves rather than having to put on a front or blend into the background.

I recognise that these days there are more mature women in public roles such as TV presenting, and hugely successful actresses do retain their careers well past retirement age (although often the leading lady role was taken from them many years previously). However what messages are being given to women of all ages about what to expect as they grow older? Does our society encourage the voices of mature women, or ignore them? Actress Kristin Davies recently commented in an interview for The Sunday Times: “After 40, people think you’re done. No, no, nooo!”

I asked a group of post-50 women to describe their experiences, and found quite a split between those who feel they are in the best days of their lives and others who feel belittled and ignored. Regardless of your personal stage of life, I hope this stories will encourage you to think about our – often subconscious - attitudes and look for ways to include women of all ages. 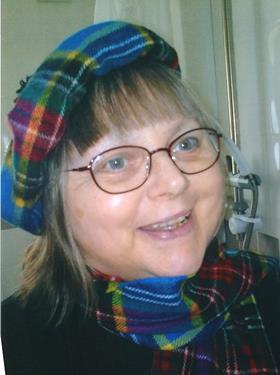 I do feel invisible. It’s other people’s attitudes – often little things but many of them. Such as going into a shop to look at shoes and the young sales assistant who should be there to help looks at you with disdain; often not even bothering to reply to you. People push in front of you in queues and the staff allow them to. For my last birthday I was bombarded with leaflets about making my will and arranging my funeral, as if that is all I can look forward to now. I had to start using a mobility scooter at 56 and that was when people started seeing me as not really a person; all they saw was my equipment. If people do talk to me, they talk down to me.

I often feel like there’s no point in doing anything, because people are convinced I have nothing to contribute. Yet, because of my faith, I know that God has given me gifts and abilities and that I do still have something to give. It’s my faith that makes me keep on doing things.

I’m not sure society will change. Attitudes and prejudices are very hard to change; people don’t want to give them up. Society is so geared to being young, looking young and living like young people. 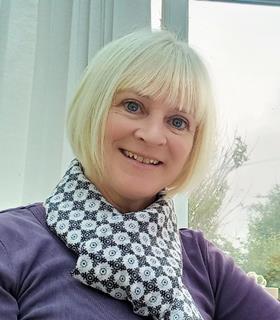 Since I turned 50, with fewer family responsibilities and reduced financial commitments, I recognised that there was the opportunity to make changes to my busy life. I found another job with less hours, which meant I stopped a lengthy commute. Sometimes before you can investigate new opportunities, you have to create a space. I stepped back from leading a church youth outreach group and the opportunity came to lead a book club for the women in my church.

When the first lockdown was imposed, I had the time to focus on starting a blog. There was a time when I was consumed with anxiety for my family, because of illness and other problems. But through those difficulties, I learned of the faithfulness of God to be my strength in any situation. I also discovered that it is possible, with the Lord’s help, to leave regret and disappointment behind and focus on new possibilities, rather than the restrictions in life. The ethos of my blog comes from that experience (limitless-horizon.com).

There is no age limit in God’s kingdom and it is possible, post-50, to enjoy a new season in life. I have found that there is less pressure and more time to enjoy the small choices, which can be so enriching. I love going for a walk with a friend on a weekday morning, sitting in the sun for a coffee, being able to pause and see the goodness of God every day. 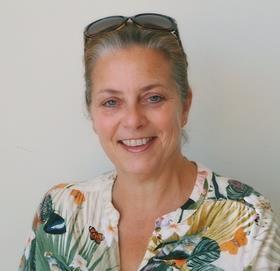 I went from being a student to getting married to a minister and having children within 18 months. I was heading for a career as a TV presenter but would have needed to go anywhere at any time, which became a sticking point. We prayed together as a couple and felt it was right to let things go. In retrospect we would have done it differently, but we were at peace at the time and I don’t have regrets now. I wanted to be a full-time mum while the kids were small.

Today, the children have ‘grown and flown’; we’ve made the happy discovery that we still like – no, love – each other! The hectic church programme meant we hadn’t much time to grow together in those early years. Having the kids early meant we have more time now. We have been free to answer a ministry call to South Africa. Spontaneous outings are possible and we have travelled more. There is also significantly less laundry! Meals are more haphazard and cleaning is less demanding, so I’m more relaxed.

My advice is to keep exercising (and moisturising!) so you’re physically able to enjoy the abundant life God made you for. There’s truth in the principle of saving the best wine until last. Much of this season is a result of investments made over the years.  Life feels less intimidating; I find I have learned things along the way that I didn’t know I knew.

Keep running after Jesus: you’ll be consistently challenged but never bored. Look for those who are serious about their spiritual life who you can mentor and encourage. Our legacy lies in people far more than in accomplishments or a bank balance. 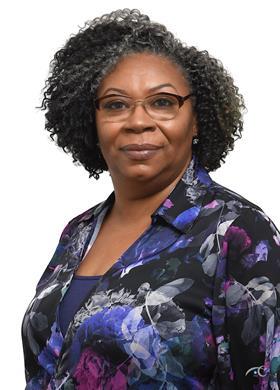 Since I turned 50, I have acquired more confidence. I’m much more willing to take risks and face the possibility of failure. I became someone who was willing to travel to train women on how to deliver the Esther’s Academy programme (Find them on Twitter @Esthers_Academy) to women women of all ages. This is a holistic programme based on the book of Esther that looks at health, wealth, emotions, relationships and personal presentation.

I like my personal growth in self-confidence in who I am as a person, as a wife, mother, grandmother and leader. I actually feel as though I have something to offer. I bring something to the table and I am a friend to all I encounter. I am not a young person anymore but I feel the wisdom I have gained more than makes up for this.

My advice is to love and care for yourself in the fullest sense of the word and that will position you to care for all those others who come across your path. Build routines as structures to support your life. Have friends and keep on making friends – never think that you don’t need another friend. Allow God to be your reason for living, let him to be the source of your strength and stability. If you want to be a person of power then stay attached to his word; study it and make it the standard for living your life. 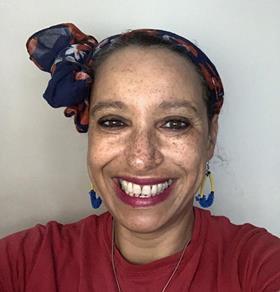 I feel invisible waiting to be served in pubs and shops as men and young people are served before me. Once, myself and another 50-something friend stood at a bar and watched as the young girl behind the bar served the good-looking man to our left and then simply walked past us to serve the good-looking man to our right. We had to say, “Excuse me” to get her attention. It was the first time I realised that once a woman loses her ‘lustre’ she becomes as beige as the walls around her.

I no longer mind that I’m invisible to others. It has given me a sense of freedom. I have a very busy Twitter feed, am part of a women’s rights activist organisation and I am no longer concerned about what others think. My views and opinions may be seen as outspoken, but I no longer care. I finally realise that my validation comes only from our Father.

How do you feel about getting older? Email us at WomanAlive@premier.org.uk and we may share your response anonymously in the next issue.