‘Singing has helped me with fear and anxiety’

Singer Elle Limebear talked to Jemimah Wright about being the daughter of Delirious? front man Martin Smith and her own call to the music industry 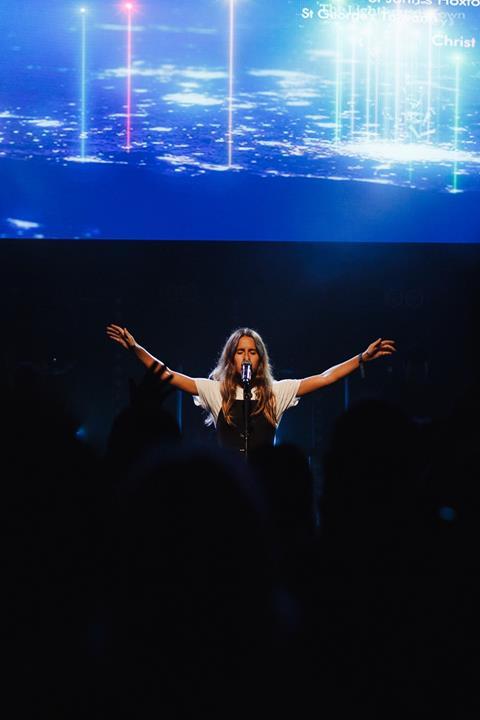 The start of 2020 was significant for Elle Limebear. Her debut album Lost in Wonder was released, and in the March she began a year-long tour of the USA with Tom, her husband, who is also her manager. As we know, COVID then hit, so, after completing just four tour dates, Elle had to return to the UK, and the tour was subsequently cancelled.

“I just thought: ‘Well, God, you know what is happening, I trust you.’ I realised there were so many people having a much worse time than us. But months later, I felt the sadness of missing out on the year that was going to be so fun. I was going to sing the songs I’d been working on for two or three years. We had put all we had into the preparations and the merchandise, and then suddenly everything stopped and we had nothing to fall back on.”

Elle, who had a photography business before becoming a full-time musician, started doing COVID-friendly doorstep photoshoots. Money also came in from unexpected places. Even when their boiler broke, a plumber friend came to fix it and didn’t charge them. Elle’s mum would drop off roast dinners at their door every Sunday too.

The global pause from the pandemic enabled Elle to spend more time writing songs for her next project. She was also producing another masterpiece – a baby boy. Maccabee August James Limebear was born on 19 August 2021.

“Four days after we found out we were pregnant we were wandering around London. Tom just said, ‘How about if it’s a boy, Maccabee?’ We both looked at each other, and thought, ‘Yes, that’s it.’

“It’s a nod to the band called The Maccabees, which Tom grew up with, but also the Maccabean tribe in the Bible. They were a Jewish tribe who turned the whole city back to God. We loved that.”

Elle, her husband and son still live close to where she grew up on the south coast. She is the oldest of six children, and her mum is one of five. Elle grew up in the seaside village of Rustington. The local church, Arun Community Church, was run by her grandfather, and is now led by her aunt, Becca Jupp.

“It was so lovely. I grew up with my cousins, who were like my siblings. We are a very close family. All of my cousin’s dads were in my dad’s band, Delirious?.”

Following in her father’s footsteps

Elle’s dad, Martin Smith, was the lead singer and guitarist of Delirious?, one of the biggest UK Christian bands from 1992 to 2009. Elle grew up going on tour with the band but, despite her heritage in music, she had no desire to become a singer herself.

“I’m such a home girl. I liked being a photographer. I love people. So I can meet people through photography, but then also come home to my own bed every night. I love our local church and helping with the youth group. I loved my quiet life and being around my family.

“I remember hearing God’s voice very clearly when I was 20 years old. We were on tour with my family in America. I was at the back of the arena watching the artists lead worship. I felt God say to me: ‘You are going to do something very similar to this, but it’s not going to look like this and people in this arena might not even come to your shows. It’s going to look different, but just watch what I do. I’m going to hold your hand; trust me I’m going to lead you into this.’

“My reaction was, ‘I’m scared. I don’t really want to do this. My dad has done this. I’ve watched the sacrifice behind the scenes. I’ve seen the reality of putting yourself out there, being on the front line and writing songs. I didn’t even know if I could write songs. But God led me in and he opened doors left, right and centre, literally from that moment. We got back home the month after and there were emails from different labels in America.

“It was just bizarre; I almost didn’t lift a finger. I was obedient to say yes, and he did the rest.” 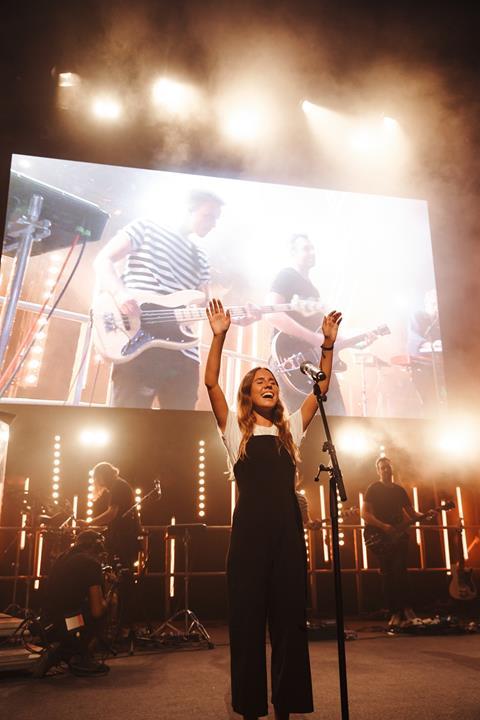 On Elle’s website it says: “Elle is writing for those acquainted with the night.” The literal night, not just a ‘night season’ has been a subject of fear for Elle. “A lot of my life I’ve struggled with fear. As a 24-year-old mum and wife I still struggle with fear of the night and the dark.

“There have been many nights where I’ve been wide awake and just been stifled by fear, feeling like the enemy is in the room. Fearful thoughts of scenarios that will never happen come into my mind. My whole body is rigid, and I’m desperate for morning to come. But I’ve seen God move when I speak the name of Jesus, and that’s what has kept me going.”

Elle has also found that singing helps her find her way out of fear and anxiety. “Driving has been a fear of mine. I only passed my driving test last September, eight weeks after I had my son. Now I put the same song on every time I get into the car to drive. It’s by John Mark Pantana: ‘I was made for Jesus’. I put it on and sing and tell myself: ‘No, I will not be fearful of this today. I will not.

Elle and Tom first met when she was 15 and he was 18. “I was leading worship with my dad at St Peter’s, Brighton, doing some backing vocals. This guy was with my siblings; they’d all been on a youth weekend away together. Tom had just got saved after a friend invited him to a student event. He had moved down to Brighton to study at Brighton Institute of Music.

“We started chatting and hanging out at church. He added me on Facebook and then he invited me out for coffee. I was 15, had never been on a date and I hated coffee (and tea).

“We went out and I drank four massive bottles of water, was bursting for a wee, but was just absolutely engrossed in our conversation. We sat there for three hours. I loved it because he didn’t know anything about my dad. He didn’t know any Delirious? songs, didn’t know any of the church lingo.

“We wanted to date but he started working for the church, doing the homeless ministry, and I was in the youth group at the time. Someone in the leadership pulled him over and said he couldn’t date me because I was in the youth.

“We waited for a year until he would have left his job. But he got offered another year at the church, so we waited two years until I was 18. On my 18th birthday I was an adult so we could officially start dating.

“In the waiting, I remember praying, ‘God, if he’s not the one for me, if I’m not going to marry this man, just shut it down.’ But the feelings grew, and we got engaged when I was 19.”

Encouraging others to look to Jesus

Now they are parents, Elle says motherhood has made her respect mums all over the world. “Maccabee is looking to me and Tom, and learning everything from us – the tone of our voice, how we treat each other.

“There’s a point where you have to grow up and just take responsibility for your own actions – and your own fears. I don’t want Maccabee to be fearful of the dark. I don’t want to pass that on to him. I don’t want him to feel my fear of driving. So how am I going to combat that?

“I’ve grown up singing my dad’s songs, and they’ve ministered to me in my walk of faith. What moves me is thinking: ‘Will Maccabee be singing my songs when he’s nervous at school? Will he be reciting my lyrics when he needs encouragement?’

Elle says her passion is singing over people and pointing them to Jesus. “Honestly, I just hope that in all my life – not even my singing, just in my day to-day life and conversations– I can do that.”