We’re constantly told to ‘just be ourselves’ but I totally disagree, you can be so much more

We’re surrounded by motivational sayings like ‘be yourself, everyone else is taken’. But Mercy UK’s Arianna Walker explains that it’s too simplistic and people often use it to excuse bad behaviour. 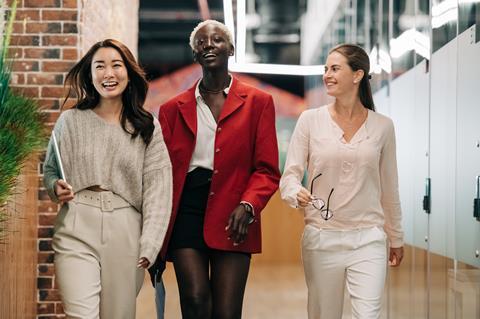 You change the world by being yourself - at least that’s what the coffee mug I’m currently holding tells me. But I disagree. Beautifully designed postcards, t-shirts and social media posts urge us to be ourselves, to embrace who we really are. “Be yourself because everyone else is taken” we are told, but again, I disagree.

Now, before I incite the trolls, let me explain. While I agree there is truth to the sentiment of just being yourself, I definitely think it’s incomplete. It’s too simplistic to be anyone’s long term goal. “Just be yourself” sounds motivating enough. Yet it’s really bad advice if “yourself” is angry, rude, obnoxious, elitist, entitled or if yourself is hypersensitive, overly cautious or deeply insecure.

Of course, I understand that the statement “be yourself” is all about being authentic, embracing yourself, loving yourself enough not to pretend to be someone you’re not - I get that and fully support that. But I have come across too many people who think that the notion of “just being yourself” is an excuse to stay that way. I’ve met too many people for whom self-acceptance excuses bad behaviour.

Too many people think that the notion of “just being yourself” is an excuse to stay that way.

I’m of the firm belief we are all a work in progress. We are all imperfect people that need to be committed to a process of continual growth - to keep changing, maturing, and learning to be better versions of ourselves. Yes, be you, but be the best you you can be.

Even Jesus who, the Bible tells us, was born perfect and without sin, who was the most himself anyone could ever be, still grew in wisdom, in stature and in favour with God and with people. (Luke 2:52) So if Jesus needed to keep growing and learning and becoming, then how much more do we need to?

Being the best version of you, means you do need to first accept who you are, warts and all, so yes be yourself - but it can’t be a full stop. It needs to have a comma there, a pause. Be you, but don’t stop there. Keep embracing change, go after it in fact, and find ways to mature, to grow, to change the parts of you that need changing.

Keep embracing change, go after it in fact, and find ways to mature, to grow, to change the parts of you that need changing.

For example, I am inherently impatient, it’s just who I am. I get cross when people hog the middle lane on the motorway and I hate standing in line, I can get pushy and careless with my words when I’m in a rush, it’s part of who I am. But it’s not the best version of me. I want to be more patient, I want to grow in my ability to be kinder to others when I’m in a hurry. If I was to embrace the notion that I should just be myself, I would lose the motivation to be better, to do better.

My encouragement to you today is to be real about who you are, don’t fake it- yes be yourself. But if there are elements of being you, that could do with maturing, changing, and developing, then love yourself enough to commit to making some changes. Embracing who you are, is not the same as embracing who you can become.

Arianna WalkerArianna Walker is the CEO of Mercy UK, a Christian mental health charity. She is a sought after communicator, author and the founder of Equipped for Life Consultancy. Arianna is also the author of From Pain to Pearls and Mirror Image.