Using antidepressants isn’t a lack of faith, it’s one of many tools God can use to help us

Author and mental health advocate Rachael Newham explains why we shouldn’t disregard antidepressants as God can use any number of tools to help us manage mental health difficulties. 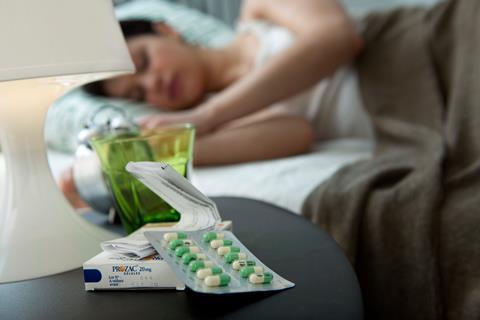 “You can’t be a christian and take insulin” or “taking paracetamol signals a lack of faith” You’ve probably not heard of that, have you?

If you pop a painkiller for a headache or rely on life-saving medication for a physical health condition, you probably haven’t considered that it signals a deficiency in your spiritual life - and you’d be right. And yet somehow, the same cannot be said for medication we take for our mental health; people have been told that it’s a sign of a lack of faith or an indication of unconfessed sin, that mental health conditions should be dealt with by prayer and pastoral care, that psychiatry has little to say to a Christian struggling with their emotions.

It is a sign, from my perspective, that although we have come a long way in terms of mental health stigma over the past decade, our journey isn’t over and we still have a way to go before we can confidently say that mental health issues are no longer stigmatised.

People have been told that taking antidepressants is a sign of a lack of faith or an indication of unconfessed sin.

I have been on two types of medication for much of my life; the first are asthma inhalers that have undoubtedly saved my life numerous times as they have helped me to breathe when it’s a struggle. They don’t give me perfect lungs that are without problems, but they return me to a baseline that allows me to function day to day.

The antidepressant medication that I’ve been on for over a decade does a similar thing for my mind. Contrary to popular opinion, they aren’t “happy pills” and they aren’t an easy option, but they are a part of a network of people and things which provide me with a safety net to manage mental illness.

Let me be clear, antidepressant medication is not something that helps everyone all the time. For some it’s needed for a short time, others may balance different medications at different times and still others will find they offer little or no help. It’s not for me, a writer and theologian to advocate or advise about mental health medication, that’s between you and the people caring for you; but I do strongly believe that if medication is the right course of action, if it can provide a life raft amidst the storms of mental illness then it isn’t something that should be stigmatised.

They aren’t “happy pills” and they aren’t an easy option, but they are a part of a network of people and things which provide me with a safety net to manage mental illness.

In 2 Kings we read the story of Hezekiah, the 13th King of Judah. His is a story of being a righteous and king for God’s people and in the latter part of his ministry we read of this story of Hezekiah’s illness. We read that he is “at the point of death” and yet into his pain and sickness God moves. He is comforted by the acknowledgement that God has heard his prayers and seen his tears and encouraged that this is not the end of the road for him and that God will bring him healing. In this story however, God doesn’t heal with a sign of wonder or miracles; there’s no flash of light or even the touch that brings healing. Instead it comes through ordinary means (well at least for the 700BCs) through a poultice of figs an ancient treatment for boils; it’s a reminder I believe God works through the wonderful ordinary as well as the wondrous!

This story is not one that should advocate for poultices of figs - but for God acting through his creation - and I believe that includes the scientific advances that have enabled the development of antidepressant medication and a million other medications for ailments that affect us.

I believe that the best care for those struggling uses a multitude of things: community, specialist help and honesty with God.

Scripture is not a for or against document about medication; but it does show us how God works and he works through the ordinary as often as he works through the miraculous. Earlier on in Israel’s history he ministers to a desperate Elijah with food, water, naps and his word!

In my own life I have been helped by anti-depressant medication - but I have also been helped by the family of God and the scriptures God has given us. They aren’t mutually exclusive; in fact I believe that the best care for those struggling uses a multitude of things: community, specialist help and honesty with God. Let’s not limit the way in which God works for us and through us - trusting instead in his goodness that promises to never leave or forsake us when we’re navigating the stormy waters of life.

Rachael NewhamRachael Newham is the Mental Health Friendly Church Project Manager at Kintsugi Hope and spends much of her time travelling the country preaching, speaking and writing about issues related to faith and mental health. Her first book Learning to Breathe came out in 2018 and her latest book And Yet exploring joy and lament was published in 2021 by Form Faith.