Spiking: we need to stop it! 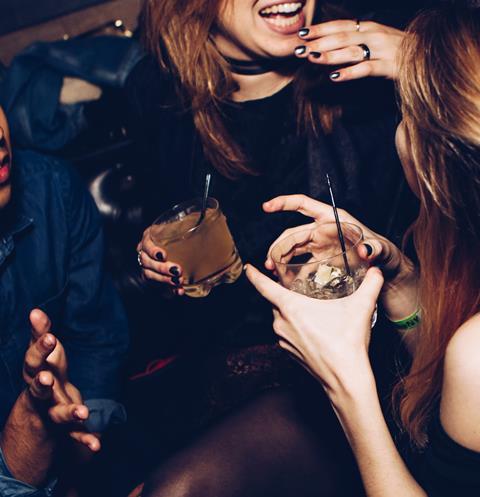 Last month I left my youngest two daughters at university: one in Manchester, the other in Bournemouth. I had an emotional weekend and worried about lots of things. Would they find good friends, cope with their courses and manage to eat anything but Pot Noodles? I worried whether they’d have their drinks tampered with, if their flatmates would be safe to live with and whether they would get home safely at night.

Newspapers are reporting an apparent increase in girls having their drinks spiked since students returned to university last month. And there is growing concern that it’s not just drinks, but that women are being injected with drugs, leaving them unconscious, sick, unable to remember the night before and sometimes hospitalised.

It was my daughter who told me about it, and that one of her schoolfriends had been spiked last week. It’s left them scared but determined to take a stand. Around the country, women are beginning to boycott nightclubs in a coordinated fashion. They’re being encouraged to invite friends round and party at home, where they are likely to be more safe.

It started with Girls Night In Edinburgh, which already has an Instagram following of more than 6,000. It, and many similar Instagram accounts springing up around the country, are filled with stories of young women who have been targeted in nightclubs and the greater or lesser degree to which they have received support within those clubs.

They’re calling for girls to boycott until the clubs take the situation more seriously. They want to see people searched before they come in, and bouncers and staff trained to recognise the signs of spiking and to respond appropriately. It’s contentious. It raises understandable fears that enhanced security could have a negative impact on minority groups. But something has to be done.

Girls’ safety is dependent on others

The reality is, women have been at risk of spiking and sexual assault for a long time. Injections may be a new and scary phenomenon, but it’s actually no scarier than having a drug put in your drink or being overpowered – the outcome is the same. Either way, you lose control to someone who wishes to use your body for their pleasure, whatever the cost to you.

But their safety isn’t in their own hands. It doesn’t matter how they were raised, how sensible they are or how short their skirts are. Their safety is dictated by the randomness of who else chooses to be in the same place as them and how they choose to act. It is dependent on how other people choose to bring up their children and what culture has taught them to feel entitled to.

We need to stop it

Girls’ safety also depends on others around them choosing to step in if they see something wrong happening. There was a hideous story in the US this week of a woman being sexually assaulted on a train in New York. There were dozens of people on that train, many of whom filmed the incident but none of whom did anything to stop it.

In my most generous moment, I grant that at least there will be evidence to prosecute the rapist. But it should have been stopped in the first place. It’s not enough to lock people up afterwards. We have to stop it in the first place.

In the meanwhile, I’m cheering on the girls who are boycotting an industry that will happily take their money but will not prioritise their safety. Have a good night in girls!

Restored is a Christian alliance working to transform relationships and end violence against women. Restored hosts an online community for Christian survivors of domestic abuse.