In amongst weeks of miserable news, there have been great developments in healthcare. Here, writer Jennie Pollock explains why there’s cause for celebrations. 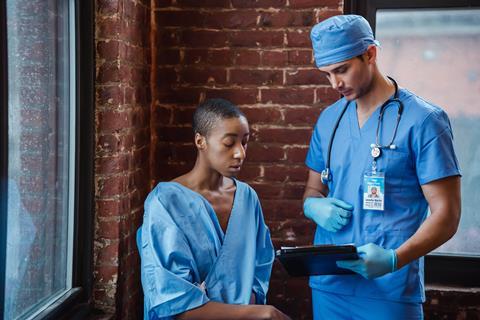 In recent weeks our news feeds have been filled with a lot of darkness, so you may have missed a couple of good news items coming out of Westminster.

First, the Government announced that it will be ending the temporary provision for women to take both abortion pills at home for early medical abortions (often referred to as DIY abortion, or Pills by Post). The provisions will stay in place until the end of August, which is disappointing, but the fact that they are ending at all is a real reason to praise the Lord.

Alongside the announcement, the Government released the results of the consultation on the topic that it held in 2020/21. These show that 70 per cent of respondents stated that these temporary provisions should end immediately. 78 per cent said that ensuring that women seeking abortion have at least one in-person consultation with a clinician has benefits to do with safeguarding and women’s safety.

Nearly half of the 18,834 responses to the consultation were submitted using online tools organised by campaign groups such as Right to Life. These make it very easy for people to respond and make their voice heard. Thankfully, the Westminster consultation counted each response individually, unlike the Welsh Assembly, which released its results and decision on the same day.

78 per cent said that ensuring that women seeking abortion have at least one in-person consultation with a clinician has benefits to do with safeguarding and women’s safety.

In Wales, nearly 76 per cent of the consultation responses were “campaign responses”, but the Assembly chose to lump those all together and count them as only one response. Consequently, in Wales the temporary provisions are to be made permanent. (Holyrood has not yet made any announcements on its plans to continue or end these provisions.)

It is likely that pressure groups will continue to campaign on this in England, and we are not complacent about this news. But we do want to celebrate the good things when we see them. We thank God that some people, at least, are listening to the public’s concerns and seeking to do what is right.

But I mentioned that there were two good news stories. The second is this: it was also announced that an amendment will be added to the forthcoming Health and Social Care Bill to the effect that dying people across England will have a legal right to specialist palliative care services. Palliative care is a holistic healthcare approach that eases people’s physical suffering at the end of life, as well as helping patients – and their loved ones – find relief from the anxieties and other emotional distress they may experience. Until now this care has been “patchy”, and often funded by charity appeals.

The forthcoming Health and Social Care Bill to the effect that dying people across England will have a legal right to specialist palliative care services.

This news is wonderful in and of itself, but it is also helpful in that it will plug a significant gap in provision that has led to some people fearing that a terminal illness may leaving them in excruciating suffering at the end of life. Many have thought that the only solution to this suffering is to legalise assisted suicide – when a doctor prescribes drugs to enable the person to end their life. Too often, this is labelled as the “compassionate” approach to suffering; I am delighted that under this new legislation, it will no longer be possible to label helping a person to take their own life as the only or the compassionate approach. Palliative care helps people to live well until the Lord takes them. Join with me in praising him for this new right – the right to excellent care.