As the Assisted Dying Bill moves to the committee stage, let’s celebrate life and protect it while we still have the chance, says Jennie Pollock

When someone is facing great pain and suffering as the end of their life approaches, what is the most compassionate thing to do for them? Jennie Pollock from the Christian Medical Fellowship investigates 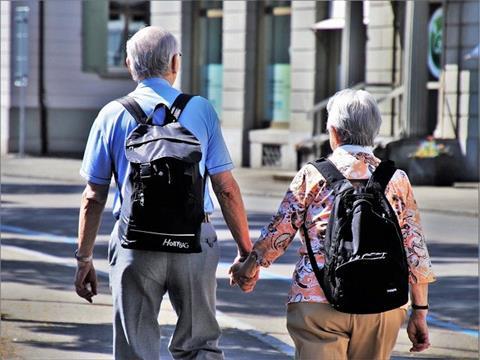 This question underpinned much of the seven-hour debate in the House of Lords on Friday. Those in favour of Baroness Meacher’s Assisted Dying Bill argued passionately that the kindest thing to do would be to allow people in this position to decide when they had had enough and be helped by a doctor to end their life.

Compassion must not be drawn too narrowly

Those opposed to the bill argued that making death a ‘treatment option’ available to such people is the opposite of kind and compassionate; that it increases their vulnerability and has the potential to make them feel as though they are an inconvenient and expensive burden.

In his speech on the subject, Archbishop of Canterbury Justin Welby said: “Christ calls his followers to compassion. But compassion must not be drawn too narrowly…It must extend beyond those who want the law to provide help to end their lives, to the whole of society; especially those who might be put at risk.”

I have been just one of a large group of people from a range of organisations working on the opposition to this bill for the past few months. MPs, peers, disability rights campaigners, medical professionals, lawyers, researchers, journalists and more from the UK and across the world have worked incredibly hard to raise warnings about the damage this bill would do to our society and the threat it would pose to the elderly and the disabled, as well as those suffering from terminal illnesses.

As Friday approached, we held our collective breath, not knowing which way the debate would go. After more than 130 speeches it was too close to call, and Baroness Meacher moved to progress the bill directly to the committee stage rather than risk losing a vote on the issue.

The threat is not over

Boris Johnson recently stated that he would not support such a bill, so it is not expected to be given parliamentary time to proceed any further in this parliamentary session. However, the threat is not over. MSP Liam McArthur is currently running a consultation on a similar bill in the Scottish parliament, and the States Assembly in Jersey will debate the topic in November. Meanwhile, the number of countries and territories around the world enacting assisted suicide and/or euthanasia laws has increased massively in the last few years.

Our culture fears suffering and a loss of choice and control, and it is these fears that are the strongest drivers of the assisted suicide agenda. As Christians, we understand that even the deepest suffering can bring forth life; our faith is based on the supreme example of this truth. Our Lord begged his Father to take the cup of suffering from him, yet knew that it was necessary for him to drink it to the dregs for our salvation and the Father’s glory.

We don’t seek suffering, either for ourselves or for others, and we must remain motivated by compassion, but it must be a compassion that understands more is at stake and more is in play in these very personal situations.

As we think and pray about this issue, and perhaps have the chance to talk to others about it, we need to remember that God’s ways are not our ways, and his methods are not like ours. Halloween decorations are all around us, with the celebration of death growing more lavish each year. Let us, as children of the way, the truth and the life, be those who celebrate life and seek to protect and promote it while we still have the chance.