As yet another person plans to travel abroad in order to die, Christian Medical Fellowship’s Jennie Pollock suggests there is hope of a better way 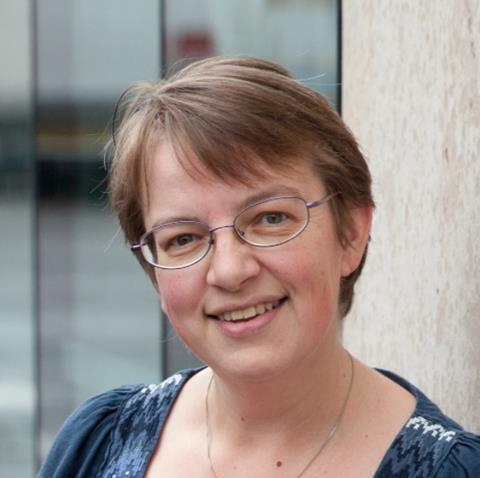 This week the BBC covered David Peace’s story. He is slowly being paralysed by motor neurone disease and is planning a trip to Switzerland, not in an attempt to get better medical care, but in order to receive help to die. It is legal there to help someone end their own life, in certain circumstances, and Peace is one of a number of people calling for it to be legalised here.

They argue that when someone is facing great suffering at the end of their life, the compassionate course of action is to provide them with help to end their lives. Around one Briton a week travels to Switzerland for this reason. Peace told the BBC: “My life is just about tolerable but soon will be intolerable…I wish to end the suffering at a time that I decide, fully conscious and intellectually competent to make that decision.”

You may well have heard lots of stories like this recently. They tug at the heart strings and are very persuasive. Many of them tell of the agony of watching family members dying in great pain and suffering, and often argue that it is undignified to die like that. This is true, and it must be horrific to see someone you love suffer so much – let alone to be that suffering person.

It is right that we respond with compassion to these situations. But that compassion should lead us to offer hope – hope of a better way to live out the end of life, not simply a quicker way to get it over with. We are not merely animals who should be ‘put out of our misery’ when we are in pain. We have far greater inherent dignity and value than that, and we should be helped to live well in our final days and weeks, not to end our lives.

Instead, more and more jurisdictions around the world are changing their laws and opening their doors to a culture of hopelessness. And the UK could be next.

The push for a change in the law

Earlier this year Baroness Meacher introduced an ‘Assisted Dying Bill’ to the House of Lords. This bill aims at changing the law so that terminally ill adults can request help to die at a time of their choosing. A similar bill will be introduced to Holyrood in this parliamentary session.

This is not the first time it has been tried. So far such bills have always been defeated in the UK, but the tide of public opinion is turning, and a growing number of countries and territories around the world are adopting assisted dying laws. Just since the UK’s last attempt, in 2015, five countries and nine territories have adopted some form of the law, more than doubling the number of places where it is now legal.

The gift of hope

Many people experiencing debilitating diseases or life-limiting injuries say they are thankful that assisted suicide is not an option in this country, as they might have been tempted to access it. CEO of CARE Nola Leach has been very open about her husband Tony’s two-year struggle with Alzheimer’s before he died. In a video for CARE she says that as soon as they got the diagnosis they decided “we’re just going to make the most of every moment” and that they would go through the process together “and learn new things about each other, which I think we did”. When asked what she thinks about euthanasia she indicates that it was never an option for them. She is still thankful it wasn’t “because we would have missed some very precious times”.

Of course, perhaps the most famous story of hope is that of Joni Earekson Tada. Paralysed from the neck down in a diving accident when she was 17, Joni went through some dark, despairing times when all seemed hopeless. But God can use even that which seems beyond use, and today – 54 years later – Joni’s ministry of hope has helped countless thousands of people to find joy, meaning and purpose in life, in even the direst situations. [She has certainly blessed us here at Woman Alive with her insightful contributions over the years.]

These better stories of hope and help are available to all, not just Jesus-followers, and we should be speaking up for this gift of hope to be made available for everyone, not campaigning for a law of hopelessness telling the vulnerable that they would be better off dead.

You can learn more about the issues around assisted suicide on the CMF blog, or read some stories from around the world on the ‘Dying Well’ website.