‘I’m in service to Christ’: Kanye West’s turbulent faith journey from arm’s length to all in

Award winning artist Kanye West is all over the news for his divorce, his manic social media rants and arguments and his three-part Netflix series. Here Lauren Windle explores his faith journey from refusing to ‘put his life in Jesus’ hands’ to declaring that his ‘job is to spread the Gospel’.

There’s no end to the things Kanye West is getting press coverage for at the moment; his divorce, his new girlfriend, his social media rants and arguments, his latest album, his McDonald’s advert, losing his $2million Apple deal and the three-part Netflix series about his life. 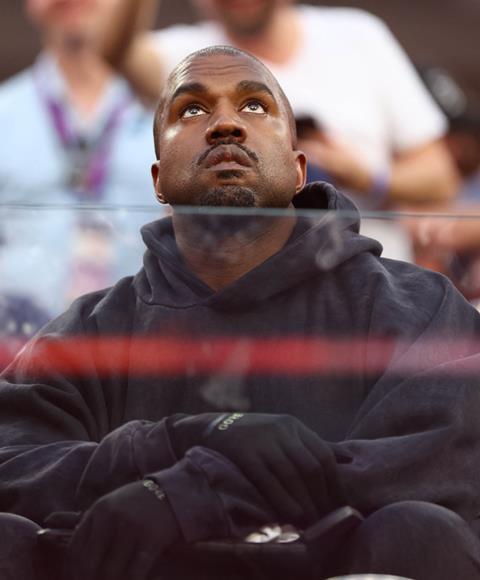 There’s been a lot of talk of his mental state as his social media has been awash with pleas to his ex-wife Kim Kardashian, accusations towards members of their extended family and lists of people and organisations he’s “beefing” with… even Peppa Pig made his hit list. But in amongst it all, he’s been very vocal about his faith. He constantly refers to Jesus and God in his songs, interviews and – less ideally – internet rants.

Many have publicly questioned his faith and he received a great deal of backlash when his style pivoted towards gospel with the release of the 2019 album, Jesus is King. But what prompted this change in his personal and professional life?

Kanye was raised a Christian by his mother Donda West, who sadly passed away in 2007. Earlier the same year she released a book “Raising Kanye” where she devoted a whole chapter to his 2004 song “Jesus Walks” and told of how he inherited his faith from her. Lyrics in the song included: “They say you can rap about anything except for Jesus / That means guns, sex, lies, videotape / But if I talk about God my record won’t get played.” The unlikely single was awarded a Grammy for Best Rap Song.

“They say you can rap about anything except for Jesus / That means guns, sex, lies, videotape / But if I talk about God my record won’t get played.”

He continued to reference God and religion in his lyrics but in his personal life, held Christ at a distance. In a 2009 interview with Vibe he said: “I don’t believe in religion and giving it all up to Jesus and stuff like that. I don’t believe in that. I just believe in God. I would never say that it’s in Jesus’ hands.” He also said that while he: “[believed] in Jesus as an icon,” he “[didn’t] feel the responsibility to put my life on Jesus.”

But in April 2019, things changed. Kanye experienced a conversion that fully immersed him into a life of Christian faith. In response to this radical experience he produced his first all gospel album and performed a “Sunday service” complete with full gospel choir at Coachella festival.

In October of the same year Kim Kardashian revealed that she and their children had been baptised on a trip to Armenia and mega-church pastor Adam Tyson, told Fox News he’d been discipling Kanye in a Bible study for months. The church leader also revealed that the performer was considering giving up rapping altogether and that he had dubbed it: “the devil’s music.”

“Now that I’m in service to Christ, my job is to spread the Gospel, to let people know what Jesus has done for me.”

Kanye began speaking more fervently about his faith. He said: “I know that God has been calling me for a long time and the devil has been distracting me for a long time.” He explained that during difficult periods with his mental health, he began: “writing and copying out Bible verses,” and said: “Now that I’m in service to Christ, my job is to spread the Gospel, to let people know what Jesus has done for me.”

Since his conversion to faith and recommitment in 2019, various other elements of his life have overshadowed the press coverage of his faith, namely his attempt to run for president in 2020, his divorce in February 2021 and his recent social media rants that indicate a manic mental health episode.

But rather than watch on in amusement or dismay, we can all be lifting up our brother in Christ in prayer. It’s not for anyone to assess the faith of another, but we can be praying for healing in his family and for good health.