‘I’m beyond delighted that Nazanin’s finally home, but please remember the many women and children who are still held captive’

I did a little dance for Nazanin Zaghari-Ratcliffe yesterday. A dance of joy that she was finally home; that she could hold her daughter Gabriella once again, feel her husband Richard’s arms around her and sleep in her own bed. All those little things we so often take for granted, yet become the richest of treasures when taken away. 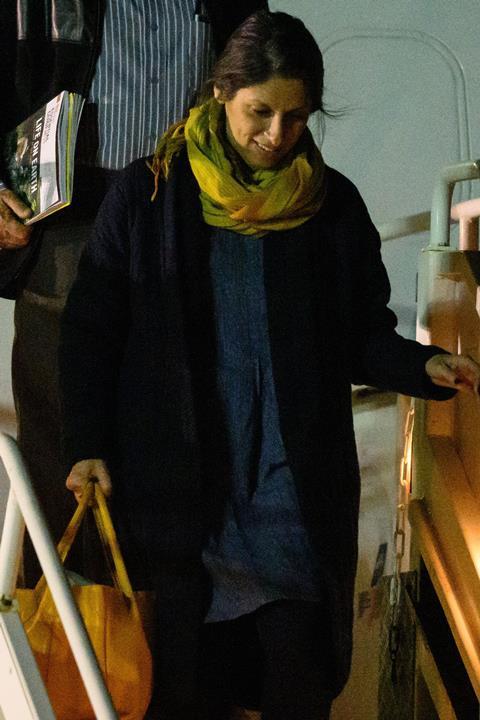 The news that she’d had her passport returned was an unexpected ray of sunshine in what has been a bleak season of news. But even when we heard that Nazanin was at the airport in Iran we held our breath, knowing this could still be false hope. Richard put it simply; until she was back on British soil, he could not be sure this was really happening. When he told Gabriella, she asked if he was joking. There had been so many dashed hopes.

So near and yet so far

I’m sure my prayers joined with thousands of others, each of us praying that justice would prevail this time and that freedom would come. But something else stirred in me. Nazanin has endured six years of captivity, psychological torture and a situation entirely out of her control, but somehow this moment seemed more treacherous than any yet…to be so near and yet so far.

It reminded me that for women who have been subjected to abuse within their homes, leaving is always the moment of greatest risk. After years, sometimes decades, of veiled captivity, freedom is in the air. The abuser has smiled and charmed the outside world while making up lies about the victim’s mental health, parenting and more. But change is finally coming. The truth will out.

This moment can feel overwhelming. Huge decisions have been made and plans put in place. Sometimes whole support agencies have been rallied. But it is still a heart-in-your-mouth moment; a sick-feeling-at-the-bottom-of-your-stomach moment. It’s a time of fear. A fear of being stopped, forcibly turned around or worse. And it’s a rational fear. Statistics tell us this is the moment when women are most likely to be killed by their abusers.

Over the last six years, the government has negotiated, planned and moved mountains to free Nazanin and the others held captive with her. And rightly so. I’m beyond delighted that she’s finally home, but my mind cannot help but think of the hundreds of thousands of women and children who are still held captive in this country, living with their abusers. I want mountains to be moved for them, too.

This desire to see men, women and children living in the freedom for which they were created is what motivates everything we do at Restored. We’re dancing for Nazanin, Richard and Gabriella. But we dance every time we hear a story of release. We delight in hearing and sharing the stories of recovery and restoration we hear through our survivors’ network, as women who have been captive to fear begin to rediscover their identity, their voice and their Father in heaven, who loves them so.

And we pray for those women whose names we may never know, who are sitting in their equivalent of that airport waiting room. We pray that people will move mountains for them; that they may know they are loved. We pray they may finally have a place of safety to run to, a place to call home, a place to find restoration.