I’m a quitter and that’s actually a good thing

Self-confessed quitter, Lizzie Fraser explained how following God’s call and walking away from her degree in her third year was the best decision she made. 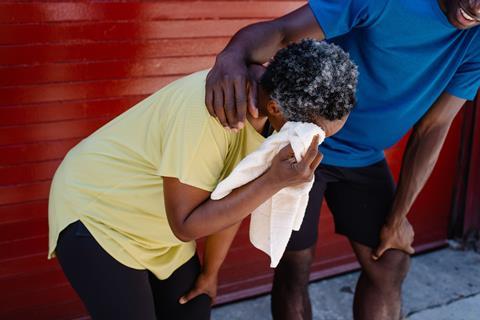 Has anyone ever said to you, ‘don’t be a quitter!’ when you were tempted to give up?

As a kid, I was encouraged not to give up. This is obviously a great lesson to learn and something I am passing onto my kids too. The Bible is full of examples of people who did not give up in the face of adversity, who trusted God and did not quit. However, sometimes, following this advice means I’ve continued with activities I didn’t enjoy and wasn’t good at, because I felt I shouldn’t quit.

So, is being a quitter always a bad thing? I’ve been thinking about this a lot recently and I wonder if knowing when to quit is actually a valuable life skill. Don’t get me wrong, there are certain things, or more accurately, people, who I would never quit on. God, my husband, my kids and my family; are all my priorities. To have priorities though, we have to de-prioritise other things. As much as social media may try to tell us differently; we cannot have it all. We do not have the time, resources or energy. When we are busy, focussed on things we don’t enjoy, or that aren’t good for us; we are missing out on other things. We have to prioritise.

God revealed that his plans for my life involved care, marriage and adoption. So in my third year of university, I quit.

Sometimes our priorities, dreams and goals change, or God reveals something to us that sets us on a different path. I had dreamed of going to university since the beginning of secondary school. After working hard to get there, I did well for the first two years of my course. Then I got a summer job in a care home, and God revealed that his plans for my life involved care, marriage and adoption. So in my third year of university, I quit. It went against almost everyone’s advice, but, after praying, I knew it was the right move for me.

I could have carried on and completed my degree over the next two years and then married, adopted and worked in care. However, sometimes timing is everything. Once I had adopted my precious son, I looked at his paperwork and realised that, due to social work timescales, if I had delayed adopting for another two years, my son would have no longer been available for adoption. His plan would have changed to long-term foster care. I would have missed out on my son! All our choices have consequences; and choosing not to quit is just as much a choice as choosing to quit.

I believe the wisdom of knowing when to quit, praying about it and then being brave enough to do it is important.

So, is being a quitter a good thing? Sometimes, yes. I believe the wisdom of knowing when to quit, praying about it and then being brave enough to do it is important. It frees us to move into God’s plans for us. The bible is full of examples where people were encouraged to quit before finishing something they had started. The disciples, for example, left their respectable jobs that provided for their families to follow Jesus. They prioritised Jesus and were brave enough to step out in faith and follow him.

Perhaps the heart of the matter is just that; our hearts. If we are seeking God’s guidance in our choices, then whether we stick at something or quit, we will be doing the right thing.

Lizzie FraserLizzy writes about faith, adoption and parenting on her blog, Bravery and Belonging, where she shares the insights and hope God gives her in the midst of everyday life. Each blog post aims to leave you challenged and encouraged; wherever you are in your journey.