I was so afraid I couldn’t even go to church without having a panic attack, but forgiveness helped me heal

Sheila Jacobs was diagnosed with a debilitating illness that forced her to stay at home. But as she got better the fear of leaving the house stayed and she didn’t live a ‘normal’ life for years.

When I was growing up, my parents and I lived in a cinema. My dad was the manager, and we lived in dressing rooms which were converted into a flat. At the top of numerous flights of stairs was a strange, unconverted room, open to the roof; my dad told me years later this was called “the void”. I recall it as a frightening space. Perhaps it was the unnerving sense of a room that should have been clean and bright and lived in, but was dark and broken and empty. 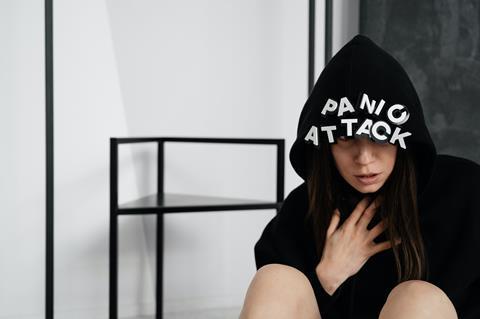 Sometimes our lives can feel like that. Mine did, when I became very ill with Meniere’s disease, which led to life-limiting fear. Meniere’s, a disease of the inner ear, causes terrible vertigo; at one stage, I had it for ten days straight. As well as dealing with the destructive effects of the illness, I was terrified that I’d be ill away from home. I played it safe and didn’t go anywhere. So the fear of the illness became a bigger issue than the illness itself.

I was terrified that I’d be ill away from home. I played it safe and didn’t go anywhere.

Eventually I was told that I had Meniere’s only mildly, and my physical health thankfully radically improved. But the fear was still there. I could walk my dog and that was about it. I didn’t want to be around people. I didn’t live a “normal” life for years. I couldn’t even go to church because I would have a panic attack. I grew more and more desperate to be free. I knew I needed help. But was freedom even possible?

Wise counsel suggested that if I wanted to walk in true freedom, I needed to first forgive anyone who had hurt me, institutionally or unintentionally. I struggled with that; I had a long list of hurts and resentment. But after much inner wrestling, I forgave. I knew I had to, to walk in the freedom that God wanted to bring me. It proved to be a turning point for me. Letting go of the past released me into a greater experience of God. I was amazed and thrilled when I found that I was able to go to church again with no fear; I even travelled to London! I started living a normal life again. It was astounding.

Wise counsel suggested that if I wanted to walk in true freedom, I needed to first forgive anyone who had hurt me, institutionally or unintentionally.

But it’s been a journey. I often stumble into the thorn bushes of anxiety, before bleating like a sheep as the Shepherd comes to untangle me. More freedom means an ongoing process of walking with Jesus. Thankfully, God is patient, and faithful. Sometimes we don’t really know why we’re fearful, and some fear can be quite legitimate. But when we find ourselves overwhelmed with anxiety, so much so that it’s affecting our lives – that can become a problem.

Thankfully, we don’t have to fear “the void” – whatever that “void” is in our particular situation. We don’t have to live in that scary place. We have a Prince of Peace, who invites us to rest in him, and allow him to set us free. Getting free may be a journey. It might start with forgiveness; it did for me. I knew I needed to walk more closely with Jesus, to really know and trust him and receive his ongoing healing.

Thinking back to “the void”, as an adult I would have viewed it as a big empty space that just provided access to the roof. I wouldn’t have wanted to spend time in it, but it was nothing, really, to be afraid of; it was just brokenness and shadows. Let’s not let fear, brokenness and shadows write our stories. Let’s let Jesus do that.