The media is riddled with skewed representations of OCD. Writer Thea Joshi explains the realities of battling the disorder and how indiviudals, churches and communities can better support people in their journey. 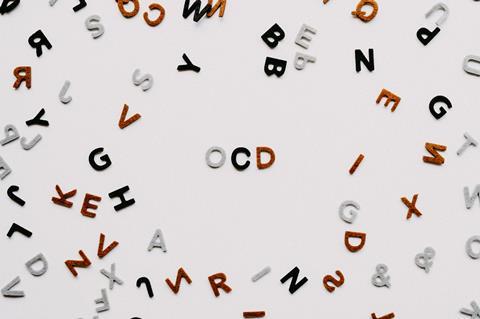 It’s 2019, a time before pandemics and lateral flows and remote working. I’m hovering in the toilets at work. How long has it been? Ten minutes at least.

My mind is slurring its words, exhausted from the relentless hurdles I’m making it jump. Think through the moment: again, again, again. Are you remembering clearly enough? I felt more sure when I first started, but now all my memories have melted together.

Obsessive Compulsive Disorder affects more than a million people in the UK. And while mental health awareness appears to be on the up, misconceptions dog OCD, from “Obsessive Christmas Disorder” t-shirts to quips about lining up pencils and being tidy. Confusion about OCD abounds. Many people still can’t marry the stereotypes they’ve been fed with the reality of someone holed up in their room, anxiously reliving a few seconds of their life until it unravels like an overplayed cassette tape.

In a nutshell, OCD falls into obsessions (“What if I hit that person with my car?” “What if I stole from that shop?” “What if I left the gas on, the house burns down and my family die?”), and compulsions. Compulsions can be “overt” - and this is where some stereotypes originate. Some people will repeatedly switch their lights on and off, or check the gas. Some people will have to say a set of numbers or words to neutralise the obsession pounding their brain. For others of us, you may not realise we’re doing a compulsion at all - at least, not until I dash off to the bathroom for the fourth time in 10 minutes to “go check something”.

As a teenager, I’d get my mum to check my pockets after shopping to make sure I’d not stolen anything.

Compulsions have taken different guises over the years: as a teenager, I’d get my mum to check my pockets after shopping to make sure I’d not stolen anything. As an adult I’d take countless photos of my workspace, my commute, even my food, at the lowest points - because I didn’t trust my eyes.

For the last few years, compulsions have largely revolved around pouncing on any worrying thought that wanders into my head, and picking it apart until my mind is raw. In a desperate search for certainty, compulsions promise the OCD sufferer reassurance but, paradoxically, only increase the doubt.

As a Christian, the multiple levels of irony are not lost on me: that my ruminations could be considered a twisted take on Paul’s command to “take every thought captive”; that my compulsions involved me trying to ascertain whether I was a “good” or “bad” person, while my faith holds that I’m a sinner loved by God and saved by grace. “There’s no fear in love.” “Don’t be anxious about anything.” All these truths I know; yet they have stood at odds with the distressing dance my brain starts up every time I feel anxious. I don’t necessarily have the answers here - why I know certain things to be true but cannot make my neural pathways believe them too. But I know God to be ever faithful.

There were times when hope felt too heavy to hold so I relied on those around me to carry it for me.

My most recent (and most severe) relapse took me to some terrifying places, and there were times when hope felt too heavy to hold; I relied on those around me to carry it for me. Church became more and more challenging, and when I attended I’d spend a fair amount of the time obsessing. It’s at times like this where everything outside of Sunday services - texts to say you’re praying, non-stressful fellowship, banana bread on the doorstep - become even more vital.

And then there are the myths - that if you receive the Holy Spirit, depression will disappear; or that if you “just believe the gospel more”, you’ll no longer have OCD. These lies can be incredibly damaging. It is my hope and prayer that churches become places where mental health problems - in all their many guises - are responded to with compassion and bravery and love, rather than fear or awkwardness. If we can’t expect it in the church, where can we expect it?

So, what can you do if someone you know is struggling with OCD?

Thea JoshiThea Joshi works in communications for the charity Centre for Mental Health. She is fiercely passionate about churches becoming safe spaces for anyone living with a mental health problem, and blogs about faith and OCD over here. She lives in Nottingham and loves tea, dogs and the facepalm emoji. You can follow her on Twitter @TheaCope.