Does your church have an unconscious ‘middle-class uniform’? It could be putting off potential newcomers

Jennie Riley couldn’t help but notice that all the men in her church were all wearing a ’uniform’ of checked or striped shirts with jeans. Here she explores whether a consistent ‘middle-class dress code’ could be putting people off joining your church. 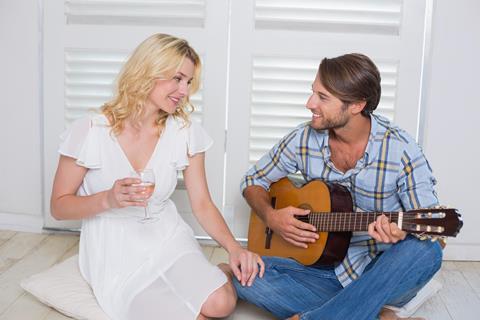 I first noticed them several years ago, during communion, while my mind was distractedly circumambulating the congregation: a proliferation of checked and striped shirts. From gingham to garish, pinstripe to plaid, a significant proportion of the church’s menfolk – ministers and wardens included - had adopted a dress-code: nice, collared shirt; tasteful V-neck; pair of jeans or chinos. A total of 19 men wore their allegiance to the Nice Shirt Club. Middle-class dress code for a middle-class church.

Old habits die hard, and a few weeks ago at my new church, my brain drifted to the communicants’ sartorial choices. As they headed for the altar, every other woman was wearing Birkenstocks (or some close approximation thereof). So was I.

Our church is by the sea, so comfy sandals aren’t an unreasonable choice and they’re exceptionally easy to throw on when you realise, once again, you’ve cut driving to church a bit fine. I’m fairly new, and the only childless woman, so it was nice to feel included among the maternal matriarchs of which my church is wonderfully full. But here I was, contributing - however unintentionally - to an exclusive uniform. Middle-class footwear for a middle-class church.

I’ve chatted to other women who have chosen not to leave, or not to join, churches where they don’t feel sexy enough.

Christian dress-codes are everywhere. When I was a student, blue and white stripes under a padded gilet (why did we ever wear gilets?) was the universal choice of young, female evangelicals. Then there were “mission week” hoodies: half my theology cohort would suddenly don matching luminous jumpers, like a twenty-first century manifestation of the choir boys at the start of Lord of the Flies. Doubtless it was effective advertising, but it was also a stark division.

Recently, I’ve chatted to other women who have chosen not to leave, or not to join, churches where they don’t feel sexy enough. Everyone else seems to be a cool-clothes and cool-glasses-wearer so effortlessly suave that you can’t see yourself fitting in. What we’re wearing signals who we are, who we’re like, and where we belong. Clothing’s capacity to both unite and divide speaks to what sociologist Bourdieu called “habitus”: the norms, values and behaviours which characterize a particular social group, showing who belongs – and who doesn’t. Churches aren’t immune.

When Christians start to dress the same, it can reinforce cliquey norms which render church doors even harder to darken for people who already fear they won’t fit in. Clothing can evoke our social class and schooling, marital status and maternity, post-code and pay-packet, creating a visible indicator of what type of person is most welcome in this place.

What we’re wearing signals who we are, who we’re like, and where we belong. Clothing has the capacity to both unite and divide us.

I wrote my masters dissertation about Messy Church, a movement whose basic message is simple: don’t tell people what they have to become in order to fit in; meet them where they are. We should question everything about how your church looks and appears, its norms and its habits, to identify where the barriers are, and what you can change in order to lower them. So ask yourself this - is clothing a barrier in your church? To newcomers? To fellowship?

If your answer is yes, or maybe, I’m not sure I have a solution. You’ll be relieved to hear that I certainly don’t think church uniforms are the way forwards, nor can I recommend that people stop expressing their identity through clothing. But as we emerge from the pandemic, and throw up norms for critical evaluation, your church’s unofficial dress-code might be worth contemplation and conversation. So keep an eye out for checked shirts, stripes and sandals. If nothing else, it’s something to observe next time your mind wanders from communion.