What does the Bible say about sex and relationships? 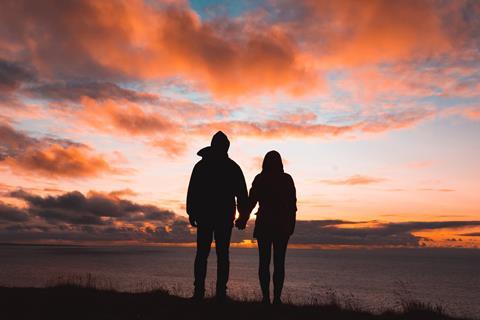 Among the many things that are contradictory in our culture, its attitudes towards sex and relationships stand out. The #MeToo movement gave voice to the many women who have been sexually violated and abused. Sadly, I was not surprised. I had already found while doing the research for my book, Scars Across Humanity (SPCK) that the problem of abusive sex is enormous and exists in many cultures. All too often, the man’s status protects the perpetrator. If women dare to protest, they run the risk of being stigmatised and blamed. Not surprisingly, the majority of victims stay silent.

Alongside this legitimate anger about the infringement of women’s bodily integrity, we find a negative attitude to what people understand the Bible’s attitude to sex to be. They decry it as ‘bigoted’ or ‘puritanical’ and suggest instead that people ought to be left to decide for themselves whom they have sex with. Certainly, the teaching in the New Testament is fairly clear cut. It calls men and women to sexual purity outside marriage and sexual chastity within. Unlike some religions, it never prohibits relationships between women and men outside of marriage, but it does require those relationships to be mutually respectful, based on friendship, work or fellowship – not sex. So why, when they hate the abuse in relationships, do people so readily dismiss the Bible?

I think this happens because people see New Testament writers as either repressive or offering ‘ideals’ for society, which we can’t live by today. They imagine that St Paul didn’t know much about sexually liberal behaviour and wasn’t really interested in how normal people relate.

Nothing could be further from the truth! When Paul was writing to the new churches at Corinth, he was writing to societies that knew every sexual perversion under the sun. Incest, rape, serial adultery, temple prostitution, homosexual rape and paedophilia were all rampant. Women were particularly at risk and had very little say in how men related to them. Paul saw the huge danger in these behaviours and warned against them, putting them on the same level as idolatry (see, for example, 1 Corinthians 6:12-20). You could say the Corinthians were not a million miles away from the ethos of our society today – caught up in the worship of sex, rather than of the God who gives us sex.

The New Testament letters spend a lot of time on sex and relationships, and see these with greater awareness than we often have today. It is interesting, for example, that St Paul doesn’t expect women to ‘police’ the sexual appetites of men, but holds men and boys accountable for their own behaviour. How often I have heard women blamed for being raped because they accepted a lift, wore high heels or walked alone in a remote place. When writing to Timothy, Paul puts the onus on men. He tells them to treat young women with respect, honouring them as they would their sisters (1 Timothy 5:1-2). And he exhorts Titus to “encourage the young men to be self-controlled” (Titus 2:6). If we took seriously Paul’s mandate to men not to ‘touch’ women (1 Corinthians 7:1), we would have far fewer complaints from girls in our communities about unwanted sexual touching.

The New Testament was written into cultures that legally privileged men and did not see women as men’s equals. This was evident in the way women were treated in relationships. The biblical text challenged those attitudes. Jesus opposed injustice in marriage law, insisting that men should not be allowed to divorce their wives just because they were bored or tired of them (Matthew 19). He also opposed inequality in punishment. He prevented the woman “caught in adultery” from being stoned to death (where was the man?) on the grounds that the men who wanted to stone her were sinners themselves (see John 8). The view of relations offered to us by the gospel is one that restrains the powerful from abusing the vulnerable, and insists both women and men are to be equally honoured.

The biblical writers addressed a wide variety of relationships: at work, in the family, marriage, friendship, neighbour relations as well as fellowship in the Church. The message running through is that the underlying norm of all relationships is love. But love has many faces and is always to be expressed in a way that is appropriate to the particular relationship. Love in work relationships involves integrity and honesty, not abusing power to oppress people below you. Love in friendship is empathetic, committed and intimate, but, unlike marriage, does not include having sex. Love in neighbour relationships means showing your neighbour the same care and concern as you give yourself.

A closer look at 1 Corinthians 7

People often don’t believe me when I tell them that St Paul promoted entirely egalitarian sex in marriage. But, in his teaching to the church at Corinth, having just reminded men not to pursue women sexually, he then focused on marriage. He gave both partners the right to require sex from each other, and then pointed out (v4) that “The wife does not have authority over her own body but yields it to her husband.” I can imagine how his readers would have been nodding their heads in agreement. They knew already that the woman’s body belonged to the man she married. He had all the authority. However, they missed out the important point that the woman herself gives her husband the authority. It is not his automatic right as a man, but part of their relationship together in marriage.

What Paul went on to say must have taken everyone by surprise: “In the same way, the husband does not have authority over his own body but yields it to his wife.” For men used to regarding sex as theirs, to do as they wished with their own bodies, this teaching must have been utterly revolutionary. In fact, I know nothing like it in the ancient world. The picture is of complete mutuality within marriage; it envisages the equality of married women and men in the most intimate aspects of their relationship. The biblical teaching conveyed here is incredibly radical. It is also anything but repressive.

How should we respond today?

Ironically, our society today can be seen as much more repressive to women than New Testament teaching is. Just a few glances at some of the appalling sexist and derogatory comments on social media makes that case immediately clear. Professional women, who perform work essential to the well running of our society, are undermined by being labelled ‘bitches’ or ‘hags’ by damaged males who have old scores to settle. At universities, young women are often given pep talks about safety, with lists of recommendations about how to protect themselves from unsought male sexual attention. Yet I’ve not yet heard of any similar meetings for young men, where they have been told: “Don’t rape or sexually abuse women; respect them.”

Respect, neighbourly love and concern for others should permeate all our relationships. If these biblical values were part of sex and relationship education at school, we might see something very different as people grow into adulthood. We might see fewer stereotypes about men’s ‘biological needs’ for sex, and more signs of mutual respect between women and men. We might see better marriages, where reciprocal and generous intimacy opens doors for deeper communication and different languages of love.

When we can take our cue from the biblical writers and model good relationships, we will find that younger people respect us more, and work more constructively with us towards a better future. And Christians might finally challenge the idea in society that people not in active sexual relationships are somehow weird or inadequate. They might reveal how it is more than possible for people to be loving, joyful, kind and relationally fulfilled while single and celibate. Sex is not compulsory; both women and men are fully human with or without it.