Shame and the Church 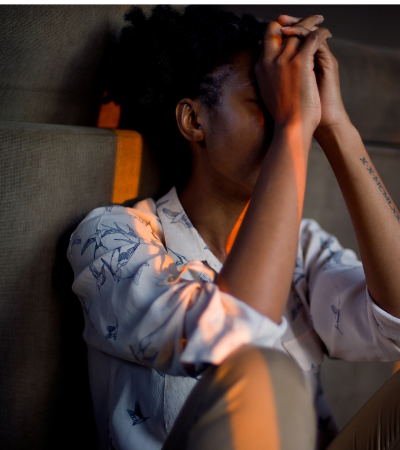 When did you first become aware of shame?

In primary school I was a chubby little girl. One day, the teacher decided to get us to work out the average weight of the class by putting us all on scales. I froze, then I pretended to be ill and disappeared, because I couldn’t bear the thought of being the heaviest person in my class. I felt shamed, and that feeling has been with me ever since. Often institutions shame people inadvertently – I’m sure it didn’t even cross the mind of my teacher that some of us might feel shame, but it’s still in my memory over 50 years after the event.

That just shows the power of shame…For the purposes of your writing, how have you defined shame?

Across all the different disciplines – theology, psychology, sociology, anthropology – people differentiate between shame and guilt in this way: guilt is about what we’ve done, whereas shame is about who we are. Shame makes me think I’m a bad person, not that I’ve done something wrong, but actually, I'm flawed, worthless, useless. It affects your whole identity.

How did you go about getting people there to share their stories? I imagine for a lot of people it would be quite embarrassing to own the fact they have been struggling with shame.

It was through an anonymous survey online, which I posted on Twitter, on Facebook and to groups that I was part of and asked people to snowball it onwards. I ran a couple of focus groups where people did talk face to face about shame, but largely it was anonymous. For many people, as you said, it is really painful to talk about.

Could you give an example of something shared that really shows how shame can impact someone’s life?

Shame is quite cultural, so it depends on where you are. One of the stories that resonated with me, because I’ve struggled with my weight all my life, is someone who constantly felt put down within church because she was fat. She was made to feel shame, like she wasn’t a good Christian, and that is wrong.

I have heard from many parents who have felt shame over the people who turn around and tut or glare at them because their children are making a bit of noise in church. This is often exacerbated for parents with children with disabilities, as some of their actions and noises are involuntary. I’m sharing these everyday examples, as I don’t think people always realise how they are making others feel.

Someone said to me: “I don’t know why I bother to go to church, because every time I do go they make me feel bad, because I’m not there enough and I’m not doing enough.”

It’s sad to realise that church is the place where people are experiencing such shame. How can we respond to this?

One of my friends gave me this great suggestion. He said that when we think of doing things in church, we need to ask: “How will this be understood?” So when we are about to do or say something we need to consider how people sitting out there in the pews will understand it. It’s about realising that we need to value and accept difference and diversity. One of the things we need to stop is putting labels on people, because, depending on where you are, the opposite label can cause shame equally. My research showed that people felt shame for being perceived as too liberal and shame for being seen as too conservative. What’s important is that we accept that people come to different theological views on the same topic. We can shame people who have different views from ours, without acknowledging that they too have been on a careful, prayerful journey to come to a different conclusion to us.

Your research must have had an impact on the way that you write sermons, Sally?

Very much so. My background is in teaching and theological education, so I’ve always been aware of the power of words. And of the assumptions we so often make. Don’t assume that people have got two parents. Don’t assume that people aren’t struggling. We need to be mindful not to use terms that might shame people and be careful when giving examples too, as it can all have the knock-on effect of making people wary to share themselves.

You can read more of Dr Sally Nash’s research and insight in her book Shame and the Church (SCM Press).