'Jesus appeared to me in a dream' 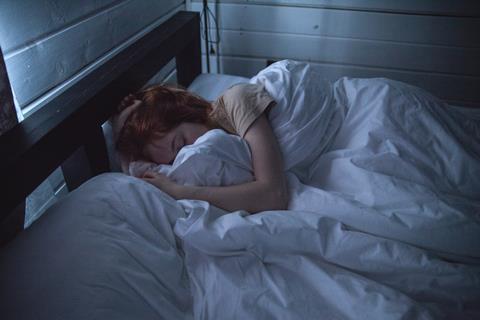 MR: When you were younger, you had a lot of dreams. How did family and friends react to that?

NC: Oh, Maria, they thought I was insane. They thought I was crazy. I was a bit like Joseph, I was always super excited about my 'midnight movies', and I wanted to share them with everybody. I remember running downstairs in my night gown going, "I've just had this dream, and this has just happened". I would explain it in a dramatic way and my poor parents would just sit there and go, "I think she's just a little crazy. She's nice, but she's crazy." I would always tell of these incredible dreams of flying and seeing things, so I was always met with a lot of strange faces.

MR: When you were 11, you had a dream that really was pretty dramatic. So explain to us what happened.

NC: Yeah, it was an extremely disturbing dream. I'd always had dreams that were beautiful and wonderful and fairy tale and imaginary. This was the one dream that was the catalyst to change in my life. Unfortunately, in this dream the person in it got killed. I was horrified. I thought I'd made that up. I was reading at the time about Sigmund Freud and Carl Jung and they said that we can interpret our dreams, and that we can create them, so I thought that was what I'd done. And then two weeks after seeing having the dream, I actually saw it happen in reality.

MR: It was someone you knew from school whom you had dreamt about walking in front of a bus and being hit by it. Then, a matter of days later, when you were sitting in the car with your mum you witnessed it happening in real life. How did that make you feel?

NC: I was petrified Maria, I was absolutely beside myself. I was 11 years old and I remember screaming in the car.  The scene replayed like in a movie as I looked through the windscreen of the car as I saw this event happening. It disturbed me. It made me think that it was me and I completely internalised it. It sent me into a very dark place, years of deep depression and years of just not understanding why it happened. Fortunately, God is good and the person survived in the natural world, so it didn't end as the dream had predicted.

MR: Did you tell that young person that you'd had a dream about it happening beforehand?

NC: Yeah, I told her afterwards. Unfortunately, she sustained quite a few injuries, so when she came out of hospital I told her and she just was blown away by it. She was like, "That's crazy!". Then I just became known as the crazy girl who saw things and then people would always say, "Well, what do you see for me? What do you think's gonna happen?" I didn't want to go there because I thought that these were warnings of tragic things that could potentially happen. She had a good ending from it, but she thought I was a little crazy. Yeah.

MR: You did actually go on a bit of a search. Sadly it took you to a bit of dark place. Where did you look for answers?

NC: Everywhere! As soon as I possibly could I went to the library, because we used to do that back in the day - we didn't have Google, I'm that old! So I hit the library and got every dream book that was going, every encyclopaedia. I studied Sigmund Freud, as I said, and Carl Yung, and I understood their psychological analysis of dreams and where they believed dreams came from. And at the end of years and years and years of searching, I still had lots of unanswered questions. There's no real scientific evidence and understanding for what a dream is and where it originates. I think that is the key to my understanding when I met Jesus in my dreams, he was the revealer of dreams. It's so obvious to me now, but back then through my search I went to deep places of understanding more about mediums and clairvoyance and how they get interpretations of things and that led me to a series of more questions, and lots of unanswered ones.

MR: You did kind of reach breaking point where your depression was pretty bad, you were studying full-time and working almost full-time at the same time to provide for your son, as a single parent.  Your sister was living with you at that time, so why was that significant in your journey?

NC: Yeah, it was massively significant. As you said, I was I was at University studying full-time and working 30 hours a week. On top of that I was a single mama with a four-year-old and I was just exhausted. It was a very trying time. My sister kind of helped me out, which was incredible. The year before, she had encountered Jesus and became a Christian. She wanted to go to church and I really did not want to go to church. She found Jesus and fell in love with Jesus. Every day she would talk to me about him and tell me about these stories of what he had done. My friend at university was also a Christian, so the two of them got together and would drive me insane. I would come in after a late-night shift, and I would go to bed for about three or four hours, and they would get up on a Sunday morning to go to early morning church and come home and rip off my bed clothes, jump over on the bed saying, "Jesus loves you, Jesus loves you". Sure. I just tried to withhold from swearing at them and say, "Get out of my bedroom". They did it in the love of Christ and just wanted to share Jesus with me, so I was kind to them, but it was very significant. They were interceding and praying for me throughout this whole time.

NC: I was a bit dumbfounded. I didn't know the person that I was seeing. In my dreams, they would often show up as a figure with a bright light and a glow, and I didn’t recognise who that was. But I knew in my heart the words they were speaking to me and how they communicated with me. I struggled for a really long time - I had to have five dreams for Jesus to relentlessly pursue me to show me his love for me and it wasn't until a dramatic encounter in the natural in which I was taken into a vision where I met Jesus face to face that changed everything for me. I was 33 when I met Jesus, and before that I had been searching and searching for answers but when I saw Jesus and encountered him - the fifth time! -  everything was answered for me.

Naomi Chamroo has written this story in her book 'I Am. Encountering Dreams & Visions'.

Photo by Ivan Oboleninov from Pexels