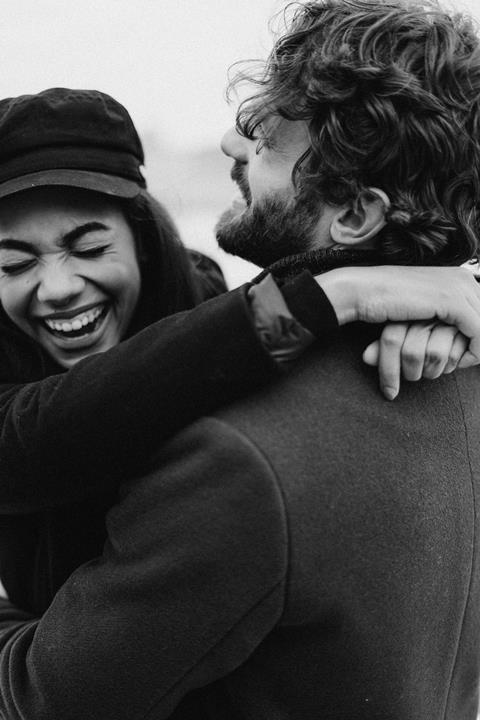 In 2008, I was a typical mummy blogger writing about housework, parenting, organising…that sort of thing. But I found that when I blogged about sex, my traffic grew, so I started writing about it more. In 2012, I wrote my first big book about sex, The Good Girls Guide to Great Sex (Zondervan), and my blog became a hugely popular and safe space on the internet for Christian women to learn about sex.

I was trying to teach about healthy sex from a biblical perspective. I had read some Christian marriage books and realised that a lot of our resources are not looking at biblical sex. When we say sex, we tend to mean intercourse, but it is so much more than that. In Genesis 4:1 (RSV), it says: ‘Adam knew Eve his wife’. The root ‘to know’, is the same word that is used in the Psalms. When David says: ‘Search me, O God, and know my heart’ (Psalm 139:23, RSV) he’s revealing a deep longing for intimacy. God is telling us that sex is not just physical. It’s this deeply intimate thing, which we see described in detail in Song of Solomon. From 1 Corinthians 7, we know that it’s completely mutual too, and it’s pleasurable for both partners.

God is telling us that sex is not just physical

So, the picture of sex in the Bible is that it is something that is mutual, intimate and pleasurable. But instead of seeing it that way, we define it as only intercourse. I’m going to be honest with you, if that’s all it is, I could be lying there making a grocery list in my head. When we only talk about the physical aspect, we’re missing out on the beauty that God really made for it.

Frequency is not the problem

We say the problem is that people aren’t having enough sex and we need to make sure that people have more sex. I can tell you definitively that frequency is not the problem. We surveyed 20,000 Christian women for my latest book, The Great Sex Rescue (Baker Books). We looked at women’s marital satisfaction, women’s sexual satisfaction and how those two things were impacted by believing certain evangelical teachings. We found that: when women feel emotionally close to their husbands and have high marital satisfaction; when women enjoy sex and are married to men who don’t watch porn; when there’s no sexual dysfunction, frequency pretty much takes care of itself.

And so, when we talk about frequency being the main problem, we’re missing the diagnosis. That’s not the main problem, so we need to look at what is. Our study found that, in a lot of cases, the reason that women aren’t enjoying sex is because of a lot of the beliefs that we are taught in church. 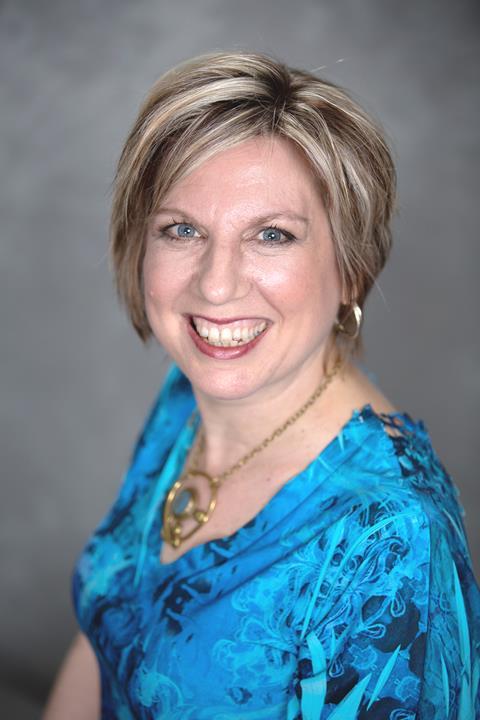 Sex when your husband wants it

One of the most damaging messages we hear in church is that a woman is obligated to give her husband sex when he wants it. We had 43 per cent of women say that they were taught this at church before they married and 39 per cent entered marriage believing it was the right thing to do. If you believed that at the point where you were married, your chance of experiencing vaginismus increased to almost the same statistical amount as if you had been abused.

Vaginismus is a sexual pain disorder where the muscles of the vaginal wall contract, so they get really tight and it makes penetration very painful, if not impossible. It’s a multifaceted condition, so sometimes it has some physical causes as well. Vaginismus can also be a trauma response. When your body is in trauma, you go into the protective ‘fight, flight or freeze’ mode. Your pelvic floor is the first muscle group to freeze. This ensures that if you need to run away from a threat, your pelvic floor tenses up so that you don’t have any accidents while fleeing. Our pelvic floor really carries trauma. What we found is that in some of the messages given to women around sex, women experience them as trauma.

I like to tell couples not to go straight for intercourse. Once you get married, have a lot of fun. Aim first for relaxation, then aim for arousal. And then and only then do you even think about intercourse. For some people, that’s all going to happen in one night, and for others, it’s going to take several weeks, and that shouldn’t matter. But the more you aim for arousal, and the more you just aim for understanding and feeling comfortable with each other’s bodies, the better sex is going to go in the long run. Sadly, with such an emphasis on having intercourse on that first night, for a lot of women sex starts off really badly and it never gets any better. 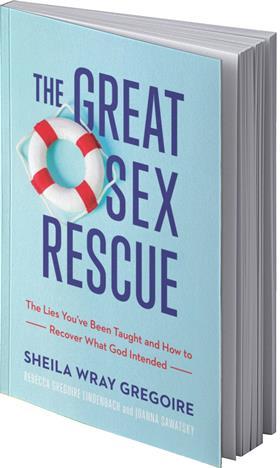 A lot of women struggle with orgasms. The Great Sex Rescue survey shows that we have a 47-point orgasm gap: 95 per cent of men usually reach orgasm during a sexual encounter, but only 48 per cent of women do. Why does nobody seem to think that’s a problem?

One tip on how to orgasm. Ask yourself this question: what wants to be touched right now? Our minds often go somewhere else and we think to ourselves: “Well as soon as he touches the right place, then I’ll start paying attention. Until then, I’m going through the motions, but I’m thinking about my to-do list.” You’ve got to concentrate on your body and work out what wants to be touched. Because when you focus on that, you’ll realise that something really does want to be touched.

We need to relax

If we could stop lecturing girls so much in our churches and making sex sound so threatening, then I think that we would resolve a lot of problems. It is also really important that couples hear the message that if things don’t work right away it is OK to simply just chill. Christian women suffer from vaginismus at twice the rate of the general population. For couples under the age of 40, vaginismus is much more common than erectile dysfunction. And yet we all know what erectile dysfunction is, but nobody knows what vaginismus is.

We over spiritualise sex in our churches. We can make it into an idol too. We talk so much about how central and important sex is. It’s not that it isn’t important – I believe it is – but by making it into this big thing, we inadvertently create a lot of shame and obsession with it, which results in so many of us being robbed. Let’s learn to relax and take our time with exploring the wonderful gift of sex.

Words from an interview with Naked Love, a podcast by Premier Gospel.

(Research for The Great Sex Rescue was conducted with 20,000 married Christian women in the UK and US.)

Sheila Wray GregoireSheila Wray Gregoire is the face behind ToLoveHonorandVacuum.com, the largest single-blogger marriage blog. A sought-after speaker, she’s also an award-winning author of nine books, including The Good Girl’s Guide to Great Sex and The Great Sex Rescue. Sheila has a Masters in Public Administration and Master of Arts in Sociology both from Queen’s University.