What would you give up for love?

As Japan’s Princess Mako has turned her back on her royal status in order to marry, Ola Awonubi looks at how the desire to be married has impacted Christian women’s lives 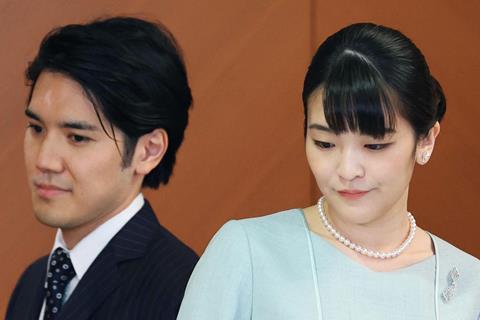 Last week, newspapers reported that Japan’s Princess Mako finally married her university sweetheart after dating for eight years. Their engagement had had the Japanese press and sections of the public up in arms because he is a ‘commoner’.

Her marriage means that she has to relinquish all royal rights; a move that has caused many to draw parallels with Harry and Meghan’s marriage. The latter’s desire to step away from royal duties has had far-reaching effect – even impacting their children’s lineage to the throne.

The strong desire for love

As these couples join the line of royals who have sacrificed all to be with the person they love, it does make you wonder what the average Christian woman in the West is prepared to give up to marry the love of her life.

Due to the imbalance between the sexes in Church, some women have made a choice to marry men that don’t share their faith as they find themselves battling with fears of growing old alone and childless. As Christians we are aware that marriages with people that do not share our beliefs is not God’s best for us, and we know deep down that our ultimate love is meant to be the one we find in Jesus. However, these sometimes take a back seat against the human elements of desire, chemistry and the longing for another human being in our lives.

Some women give up their careers and their ambitions due to marriage because the responsibilities of childrearing often still fall heavily on the female, despite the technological advances of the modern age.

Past generations of women had to give up their careers and dreams as soon as they got married, which was a relief for some but a huge sacrifice for many. Even today women are sometimes ready to give up their homes, money, position, self-respect and social standing in order to marry. In the UK during the 1950s and 60s many women were ready to give up their families in order to marry men of a different race. This meant they had to take the decision to leave all they had grown up with, and sometimes leave to start a new life in a new culture. For some the risk paid off and they grew old together and raised great grandchildren together, but for some it ended in heartache.

Ultimately the greatest sacrifice is that a person gives their life for another. That’s the sacrifice Jesus made so that we can know him as Lord and savior of our lives.

While love brightens our lives and fills us with passion and joy, what really gives life meaning is knowing that we are truly loved unconditionally by God. However, in order to have a deeper relationship with the true lover of our souls, we have to be willing to lay down our hopes, dreams, preferences – our whole lives – in order to fulfil Gods perfect will. This does not come naturally, but as the detours and valleys of life shape us we become more open to letting God lead us rather than our emotions.

Princess Mako and Prince Harry gave up their royal status, titles and immense privileges to be with the one that they love. Would you be willing to give up your childhood dreams, your career or the love of your life for Christ? Or would you step away from your faith in order to make your other dreams come true? Sometimes it is when we lay down what we want and embrace what God has for us that we find true life, love, peace, fulfillment and contentment.

Ola AwonubiOla Awonubi is a romance fiction novelist. To find out more about her visit olanubi.com