With 97 per cent of women reporting having experienced some form of sexual harrassment. This International Women’s Day, writer Belle Tindall suggests we can support women better by changing how we speak about female biblical figures.

Last year a gut-wrenching piece of research told us that 97 per cent of women between the ages of 11-24 had experienced a form of sexual harassment in the UK. NINETY-SEVEN PERCENT. To put that another way - sexual harassment has been, and still is, a very present reality for almost every single young woman living in this country. The day that statistic was released, I remember thinking: “how can this statistic be real?” and then thinking through countless conversations I’d had with friends of mine and changing my thoughts to: “Actually, how could it not?” 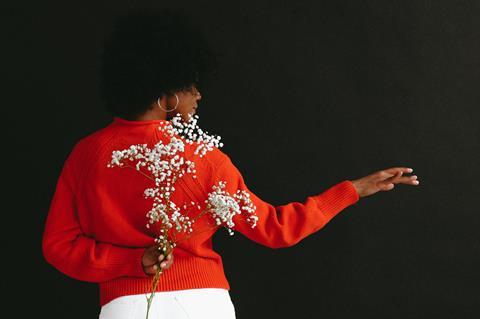 Then I remember putting my phone down, sticking the kettle on, and getting on with the day’s work. I was writing a piece about the Samaritan woman, the one who Jesus bumps into and asks for a drink (John 4:1-42). The one who leads Jesus into a conversation that would change everything, the one who brings her whole town out to meet him, the one who builds radical unity between two groups of people who had hated each other for centuries. Yeah, that one.

But before I could jump into writing my own thoughts on her, I had to do a deep dive into what others had previously said about her, how she’s been remembered, what impact she’s had.

Sexual harassment has been, and still is, a very present reality for almost every single young woman living in this country.

Oh, by the way… the Bible also mentions that this woman has been married five times and is currently living with a guy who isn’t her husband. In a first century context where women had zero control over their own relationship status, it’s clear that this woman was exploited by a system that saw her as less than the men who had seemingly used and abused her throughout her entire life. So, with that in mind - back to my research.

All I could find were articles that called her a “tramp”, a “harlot”, a “sham-embarrassment” and a “five-time loser”. I kept reading as author after author mentioned her having “provocative intentions”, “indelicate interests” and “saucy speech”. Most pieces I read mentioned that she wanted to “commit adultery” with Jesus and was ultimately driven by her “sexual advances” and “carnal misconceptions”. One book chapter dedicated to her was set out like a play, in which the hypothetical actress playing the Samaritan woman was told to “look over her shoulder while bending over to pull up her pail, perhaps with her quivering eyes glancing sideways at Jesus”. It went on and on.

Almost every author I had read paid the Samaritan woman totally inaccurate and seriously inappropriate sexual attention. And that 97% kept running through my mind. What happens when those same women step into a church, or listen to a podcast, or pick up a Bible commentary and see this Samaritan woman sexually harassed before their eyes?

And she’s not the only one. Let’s chat about Mary Magdalene for a second. She really gets Jesus. She stays close to him, even when it must have been emotional torture. She travels with him, she funds his trips, she’s the first ever witness to the fact that he kicked death’s butt (pretty huge deal considering women weren’t even allowed to be witnesses in a court of law at this point). She’s a game-changer in almost every way.

And yet what is she most famous for? Probably being a prostitute that may or may not have had a little thing for/with Jesus. But here’s the thing - the Bible says no such thing. The idea that she was a prostitute was made up by a Pope sometime in the fifth century, and that was that.

There’s no room for sexual harassment of any kind in a Jesus-shaped reality.

I’m thinking it might be about time we re-think the way we remember and talk about these biblical women - not only because they deserve to be remembered in their vibrancy and fullness - but also because there’s no room for sexual harassment of any kind in a Jesus-shaped reality.