‘Violence against women is a chronic situation that must be rejected’

Hannah Baylor says it is time for ‘women to claim their worth’ and ‘men to challenge and change their own, and other men’s, behaviour’ 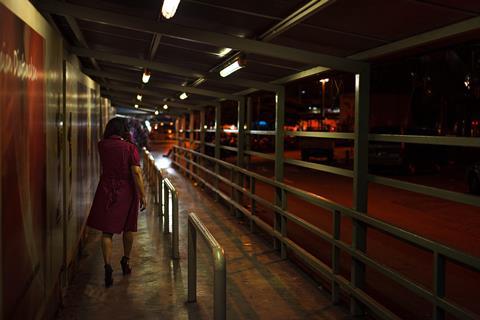 167 women have been killed by men in the UK this year. The year is far from over. The list will grow, not only because there are other deaths waiting for confirmation of who the perpetrator is. Some of these names are familiar: Sarah Everard was kidnapped, raped and murdered by a serving police officer; at a vigil for her, the police used violence to dispel protestors. Maxine Davison was shot by her self-proclaimed incel son, who then went on a rampage. Sabina Nessa was killed in the five minutes it took to walk from her home to the pub.

At some point in a woman’s life, we are taught to fear. It begins as a nebulous fear, meticulously planning your route home, just in case; a gut instinct about a guy that you whisper to your friend, just in case; the keys through the fingers, just in case. Some learn it in their earliest years, from family members who demolish their safety. Others learn it when walking down the street to a soundtrack of car horns and catcalls. Some learn it from boyfriends who ignore their discomfort and “No”. Sabina Nessa was a primary school teacher; her pupils will learn the fear from her murder. After Sarah Everard’s killing, my friend searched her WhatsApp for the number of times she and female friends messaged the words “home safe”. It was a lot.

Women learn to fear men and rightly so. The reality is women have a lot to fear from men. It is a depressing reality but one which Christians must be bold in confronting, challenging and changing.

We need to name the situation for what it is: this is male violence perpetrated against women. It is misogyny, entitlement, abuse – and it is sin, and sin is never to be left unchallenged. And we must be honest that, while all women are vulnerable to this violence, women of colour and disabled women are at greater risk of being subject to violence and are then unjustly placed at the bottom of the believability hierarchy of ‘the perfect victim’.

It is uncomfortable to name the situation. Our desire is to shrink from the reality of it because it is so horrifying. But we must resist this tendency. The ‘whataboutery’ and #NotAllMen and if only women drank less/walked home in pairs/didn’t wear short skirts/flagged down a bus when being falsely arrested. This is evasion, it is victim-blaming, and it is also part of the web of the sin of violence against women. Naming it, confronting it, being horrified by it, enables us to reject it because we have named it as being wrong.

God loves his creation; he loves human beings. It grieves God when his children live in fear of violence and when his children are perpetrators of that violence. Unlike Wittgenstein’s story of the fly in the bottle who doesn’t know it’s trapped, Christians know the better story for women. We follow a God who protected Hagar in the wilderness, who saved the woman being shamed from being stoned, who honoured Mary’s consent. In the genealogy of Jesus in Matthew’s Gospel, four women appear: Tamar, Rahab, Ruth and Bathsheba. They are all victims of male violence in different ways and God binds them up with the restorative work of his Son. Dietrich Bonhoeffer points out that no one who abuses power dares go near the manger of Christ, but Tamar, Rahab, Ruth, Bathsheba and Mary do. The dignity and protection of women and condemnation of violence against them cannot be separated from the work and power of Jesus. And, as we are all commanded to be like Jesus, we all therefore have to reject violence against women. This is a call to women to claim their worth and a call to men to challenge and change their own, and other men’s, behaviour.

Violence against women is a chronic situation that must be rejected. For Christians, we must not conform to the sinful patterns of this world but must be God’s light in dark places. It is a misconception that all justice is deferred until Jesus returns; we can help bring about gender justice in our lifetime. This includes calling out sexism, even when it is costly; men becoming power literate so they can change their actions and empower women; campaigning for a legal system that doesn’t penalise women; preaching in our churches against the sin of violence against women; dismantling lies that ‘she was asking for it’ because of what she was wearing or didn’t say; have the tough and awkward conversations around pornography and sexual violence and how for women it is not normal to be in pain during sex; praying for the deliverance of our misogynistic culture; introducing our children, friends, colleagues, to God’s story of the dignity of women, the consequences of sin, and the hope for just relationships; keep naming it, keep rejecting it, keep fighting it.

Sometimes, I am ashamed of my rage. I feel the burden of being labelled by Christians as the angry feminist in the corner. But, sometimes, rage is holy. Rage when it is inspired by God in response to injustice and sin can be good. The prevalence of violence against women is demoralising, exhausting and is costly for people to resist and challenge. But we must not give up. A cry is heard, a mother weeps for her daughter, her sister, her friend, the woman who was just walking home, and she refuses to be comforted for those women who are no more.

Hannah BaylorHannah Baylor is a curate in the Church of England and a DPhil student in theology and Christian ethics working on a theology of sexual consent.