Those with disordered eating use Lent as an excuse to restrict their food, here’s what they can do instead

As we come to the end of Lent, writer Carolina Mountford reflects on the way the sacrificial practice of “giving something up” can be difficult for those with an eating disorder. Here she highlights the issue and suggests some potential solutions. 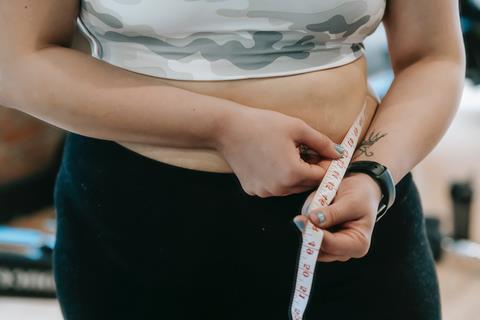 With just under two weeks until Easter Sunday, I wonder how you’re doing this Lent? This season of drawing closer to Jesus as we remember his time before becoming the ultimate sacrifice for us. As we invite him into our desert spaces, to walk with us in our own struggles.

For most people Lent has become a time of sacrificing a particular food (coffee, alcohol, chocolate, crisps, biscuits, bread, meat) but increasingly, also, time away from social media. On the surface not much wrong with any of those. It’s all a sacrifice.

But for people with disordered eating or eating disorders, it is far too easy to hide the eating disorder behind the cloak of Lent when in truth, the motivation is not a nearing to the suffering of Jesus but merely an extension of the list of already forbidden foods and a welcoming of an external rule that we are less likely to break: Lent (although we know that Lent isn’t about rules). Lent can provide the perfect excuse to further entrench the incredibly destructive behaviour patterns of eating disorders.

It can be very subtle yet damaging, resulting in the opposite effect to what we desire and need. It keeps us stuck where we are. It keeps our headspace and eyes focussed on ourselves and instead of the one who came for us. It keeps us at the centre of our issues and our perceived solutions, rather than looking to him who made a way where there was no way.

It is interesting that so many people who don’t go to church and aren’t believers, adopt this time of Lent and “give up” something without really knowing why they’re doing it. For many it is simply seen as a logical time to go on a diet for forty days without recognising the increased risk that it puts them at of a disordered relationship with food further down the line. Invariably the food sacrificed will be one that is seen as pleasurable and high energy (unlikely to be carrots) and as we know from research, restricting food leads to obsessive thoughts. Dichotomising food is deeply unhelpful and this attitude towards Lent perpetuates it.

Crucial to someone trying to recover from an eating disorder is not only the ability to ask the difficult questions, but to be able to answer them truthfully.

For the person who already has an eating disorder, it’s a good pretext to maintain their status quo and to the one in recovery, to stop challenging themselves. It prevents the person from moving forward. The problem, as in so many areas of life, is the heart. Dishonesty regarding our eating disorder. Dishonesty about our motivation for Lent. Pretending and circumventing the truth. Crucial to someone trying to recover from an eating disorder is not only the ability to ask the difficult questions, but to be able to answer them truthfully. Although someone who is in the throws of an eating disorder may not be able to see that there is a problem at all. My point about being honest, is for those who are in a place where they are able to acknowledge the problem, are on the road to recovery but aren’t always willing to challenge themselves on what is driving their decisions.

There are two approaches that we can adopt instead of the “giving something up for Lent”. We can either proactively do something positive every day such as help the poor, do something kind for someone, children can do extra jobs at home, put a certain amount of money in a jar every day and on Easter Sunday donate it to a preferred charity, make a point of sending a card or message to someone you know is struggling. The other way to look at it is to stop doing some of things we know we shouldn’t be doing.

In the words of my lovely and very wise mother-in-law: “Starve the sin, not the bin.”