If you fancy online dating but want to make sure you maximise your chances of meeting a Christian, this is the list for you. Lauren Windle explains exactly which sites and apps the faith community is using.

Previously a stigmatized activity associated with desperation, online dating is now commonplace. More and more couples are starting with a swipe and, let’s face it, you’ve probably given it a go too. 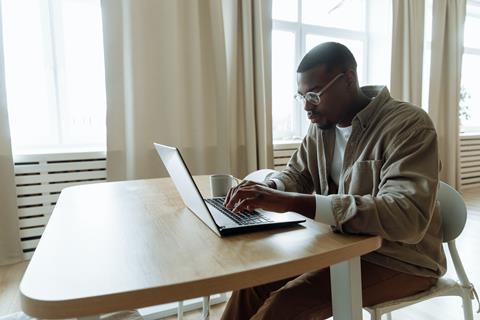 It’s fair to say that when it comes to dating, Christians are fishing in a reduced pool. Faith dating is termed a “thin market” i.e. a community of people who are looking for a specific characteristic that is not prevalent in the mainstream population. Another example of a thin market would be the over 70s or any other religious group.

Online dating is ideal for these “thin markets” because it gives people an opportunity to work out if someone is swimming in their pool before they even start the conversation. There are two ways to find Christians to date online, the first is by designated platforms for believers, and the second is on a secular platform where you can #FilterForFaith. Not all apps and sites have this option, but don’t worry, I’ve put together a list for you…

Salt – Ideal for those who want a faith-based alternative to Hinge, Bumble or Tinder, Salt is the primary Christian dating app. It’s got slick branding and a decent crop of single guys and gals ripe for the swiping. You can pay for premium options (like seeing a full list of those who’ve liked you) or stick with the free version.

Christian Connection – the biggest Christian online dating site and prior to Salt the only real viable option. There’s more space for communicating about yourself on the site than if you opt for an app equivalent and again, there’s a big population of Jesus-loving daters ready for your perusal. You can sign-up for free but in order to contact people with more than just a nudge, you’ll need to subscribe.

Christian Mingle – Christian Mingle’s primary market is the United States. That’s not to say you won’t find some great God-fearing men and women from this side of the pond, because you certainly can. But the pool of UK based subscribers is less than Christian Connection, its British counterpart.

Crosspaths – it’s been a while since I fully investigated Crosspaths and (if I’m honest) I was a little surprised it’s still running. As the app gains momentum it may be worth downloading but last time I checked there were very few people using it, which led to slim pickings.

Hinge – if you decide to dip your toe in the mainstream dating app world, Hinge is by far your safest bet. There’s a corner of the popular app where those who love Jesus reside and you can find them with their #FilterForFaith function (trademark pending). Go into your settings, tick that you are looking for someone Christian and then slide across the bar that makes this a deal-breaker. For bonus points, plenty of people mention Christianity on their profile by specifying that their “average Sunday” involves church or that they want to meet someone who shares their faith. Be warned though there are plenty of people who will tick the Christian box but won’t have an active and on-going relationship with Jesus, so the onus is on you to weed them out.

Bumble – Much like Hinge, there is an option here to sort the people you’re matched with by their faith so you can focus on Christians. In addition Bumble puts the control in the hands of the women so once you’ve matched, it’s up to you to make initial contact because the app blocks the blokes from reaching out to you.

Match.com – Known the world over, Match.com always has a huge database of single people enrolled on the site. There is a space on the site for people to specify their religion and plenty of space for you to write about yourself to expand on how much that means to you. You may find the apps have a younger client base so if you’re shopping in a more mature market the websites are often the way to go.

eHarmony – You’re going to want to block out a working day to sign up to eHarmony as the entrance exam is lengthy. The weakness of the site is that it’s not a five-minute set up like the aforementioned apps, but that’s also its greatest strength. People invest so much time in their profile, that you have far more assurances that they are committed to the cause. Also the detail of the accounts means that you find out far more about people than you would if you were swiping on Hinge. Once again there’s space to declare and discuss your religious leanings so you can make sure you focus your energy on those who feel the same.