While many have negative feelings towards the idea of feminism, specialist Belle Tindall argues that we usually fight for better opportunities for ourselves and the women around us but we should go much further. 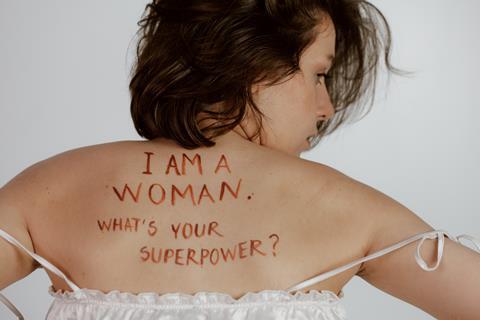 I’d put money on the fact that you don’t come to the word “Feminism” neutrally. None of us do. So, I’m intrigued, what was your gut-reaction to that word just then? Where did your brain just instinctively go as you read it? I’ve learnt that there is no one destination, there are hundreds of different places that our brains may take us when we think of feminism.

Personally, I’m pretty partial to the simplicity of Chimamanda Ngozi Adichie’s definition of the term, one which was taken hold of by the force of nature that is Beyonce. It goes like this- “Feminist: a person who believes in the social, economic and political equality of the sexes.” Short and sweet. Simplicity itself.

How could this not be progression of the most essential kind? How could it be anything but a good thing? Surely there’s no room for misunderstanding here. I mean, if Queen Bey okays it, who are we to argue? (I’m joking. Sort of.) And yet, the more time I spend fighting for this kind of reality, the more I realise that as much as I wish they did, simplicity and feminism are two words that don’t go together seamlessly. Not because the aim isn’t perfect, but because we’re not.

Our human nature tends to take the very best of intentions and twist them a little out of shape. And I think that may be exactly what we do with feminism, we can make it in our own image. Ugh, the rest of this article is going to be painful to even write. But in the name of true transparency, I have an admission - my feminism can be very me-centric.

I’m determined that every single woman in my orbit gets to be exactly who God made them to be.

The injustices women face are real. And so, day in and day out I work and fight to ensure that my gender is no barrier. And I’m not totally self-serving, I fight my butt off for others too, I’m determined that every single woman in my orbit gets to be exactly who God made them to be. And hear me out, all of that is no bad thing, and I shan’t be stopping anytime soon.

It’s just that every now and again I notice my own tunnel vision. My “feminism” only benefits the people who happen to be in my world: people who are from where I’m from, do what I do, think what I think, struggle with what I struggle with, and fight for what I fight for. My feminism exists in a box, and that box is far too small.

I speak daily about the lack of female representation in my academic work world, and barely mention the 130 million girls who have never stepped foot in a school (both of which really matter). I endlessly complain about rigid gender roles in the dating scene, without giving a huge amount of thought to the 650 million women and girls who are currently in forced marriages (again, both of which matter). I make a point of calling out how hard it is for women to get to the top of their professional game, without regularly fighting for the 29 million women trapped in slavery (yep, both of which matter).

It seems there’s a huge amount of privilege that needs to be sieved out of my feminism before it could ever be called true progression.

Two things are true at once: it can be hard to be a woman in my daily reality, and it can be significantly harder for others to be a woman in theirs. If my fight for gender-equality stops before the second part of that sentence, it’s stopping too short. It seems there’s a huge amount of privilege that needs to be sieved out of my feminism before it could ever be called true progression. Maybe it’s about time for my feminism to burst out of its me-sized box.