These days we’re flooded with messages about ‘side hustles’ and achieving big. Here Woman Alive’s Tola Doll Fisher explains why it’s time ditch the dreams of being a ‘girl boss’. 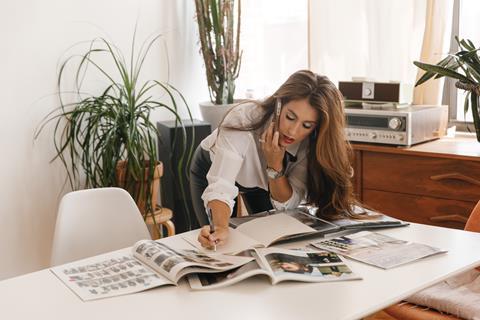 Technically I am a Girl Boss because here I am writing as the head of the Woman Alive brand so the irony of this opinion post is not totally lost on me. But I want to pick apart the commercialised Girl Boss narrative that has, often negatively, permeated social media for almost a decade.

Apparently, the phrase “Girl Boss” came from Sophia Amoruso, the founder of US-based clothing brand Nasty Gal. She wrote a book with this title in 2014 and it was followed by a Netflix film (which I watched and loved). According to news outlet Vox, what sets girl bosses aside from regular bosses is “pinning feminism to hustle”.

First of all, I don’t agree with The Hustle. A few years ago, I was horrified when I saw an advert on the tube which said “Use your 5-9 to improve your 9-5!” And I got it; it was trying to encourage people to study after work to get a better job in the future. And while that kind of thinking is not new, especially not to immigrants who often have to work twice as hard just go catch up in the countries in which they find themselves, shouldn’t that be the exception rather than the rule?

I’ve been to too many social events where people have asked me what my “side hustle” is. Does energetic reading count?

What was once considered a short-term solution seems to have become the norm for so many of us. Especially single women and single mums who live in a world tailored to couples and two-parent families. I’ve been to too many social events where people have asked me what my “side hustle” is. Does energetic reading count?

One of the commandments we conveniently like to forget is the one where God says we should REST. And that is the opposite of hustle culture. I was a ’90s teen, brought up in the Spice Girls, Girl Power era. We had TLC and Destiny’s Child encouraging us to be strong, powerful and independent women. And we are.

Then the marketing mogul that is social media came along and tried to make us into clones of each other with visual representations of the ideal strong, independent woman for us to replicate: a woman who runs her own business, goes to the gym five times a week, spends Sunday evening doing meal prep for her whole family, is always perfectly put together and has super cute, talented children. We all know that what we see online can often be very different IRL, but the rise of influencers suggests we are still hooked on this “ideal”.

Not everyone wants to be a boss – a girl boss or a regular one – and that’s okay.

It’s always good to evaluate your emotions after spending any length of time on social media to see how you are being affected. For me, I realized that an extended perusal of these accounts left me feeling exhausted and less than – craving the “riches” of others rather than being thankful for the “little” I had.

It’s great if that really is your life, but for those who are striving towards this ideal, it is important to check our hearts: are we trying to be or portray ourselves as a “girl boss” to be liked and found worthy? Or do we know that in Jesus we are already enough? What’s more, some people like being able to go home at 5pm without any overheads to worry about at night, or for walking to be their chosen form of exercise. Not everyone wants to be a boss – a girl boss or a regular one – and that’s okay. God is searching to see whether we are aligning our lives with his will, and that looks different for all of us.