Is no sex before marriage out-dated or more important than ever?

Research suggests that the number of unmarried Christians under the age of 35 who are having sex, has risen from 20% in 2008 to nearly 60% in 2021. Author Carrie Lloyd spoke to Woman Alive about abstinence and why we shouldn’t give up on it. 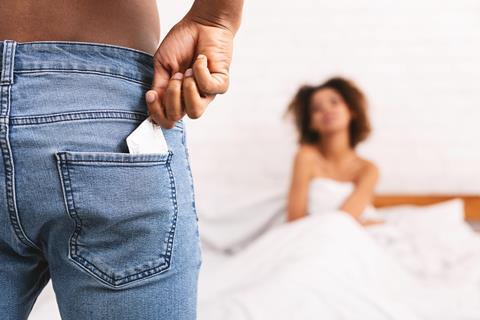 ‘Even if I was an atheist I’d be abstinent at this time. We’re completely misusing sex. We’re chucking quite literally away diamonds.

‘We’re not just having more sex, people are doing weird stuff that doesn’t actually impregnate anyone. Some of the sexual activities that I’ve had to pastor people through in the last few years have made me think: “Wow that’s a new choice. I’ve not heard that one before.”

‘The experimentation has gone off the charts but it is eroding emotional relationships and trust. Were losing the muscle that helps us compromise and persevere through something because we’re just fulfilling our sexual desires anywhere. This is why we are finding that we are the most single generation to date.

Sexual experimentation has gone off the charts but it is eroding emotional relationships and trust.

‘If you look at current social trends and behaviours the concept of celibacy is outdated. But I think that’s down to a revolt of the younger generation in the church who had been facing a lot of legalistic teachings as opposed to a loving embrace that would teach all things are permissible but not everything is beneficial. There’s a difference between choosing abstinence and choosing the purity movement which has caused a lot of damage and created a lot of legalism around sex.

‘Sexual ethics are more relevant today than ever before. The younger generations are unable to trust each other like they used to as people get their emotional and sexual needs met, without commitment. I’ve seen slightly older liberals begin to change their mind about their sexual liberation. Wishing still to have more longevity and permanent commitment. Some have decided to take sex off the table so that they may make more executive decisions about the right compatible partner as opposed to defining their relationship by how physically compatible they are. Sexual attraction is not the quality that make a relationship survive - communication, maturity, integrity and building trust are what is vital to a relationship.

Intimacy should be treasured, and not misused for our own needs alone to be met.

‘Until we remove the only urge of our will and needs to be met, and become more loving and serving towards each other, the question of sexual ethics and using it for the right means, in the right relationship in the right season will always be relevant.

‘If someone was struggling with the choice between sex before marriage and abstinence I would ask them what is holding them back with waiting and what is pushing them to want sex now. I would ensure it was their choice, not a forced teaching upon them. I would want them to consider if the decision they were making could harm themself or someone else in the future. I would remind them that sexual connection doesn’t mean you are lovable or will make someone commit. I’d ensure they were making these choices with a self-confidence and from a place of being happy being single. Above all, I wouldn’t push my opinion onto someone else unless they ask for my thoughts on the matter.

‘I also think it’s important to remove faith as a variable as that will always be argued and is the reason why many leave the church altogether. That wisdom, caring for another and honouring another in the long term is the most important goal. Intimacy should be treasured, and not misused for our own needs alone to be met.’