I’m a divorced Christian but I’m conflicted about changes to the law; I believe divorce should be hard

The “no-fault” divorce law comes into effect this week and Tola-Doll Fisher, Woman Alive editor and divorcee, is conflicted about what this might mean for couples and their staying power. 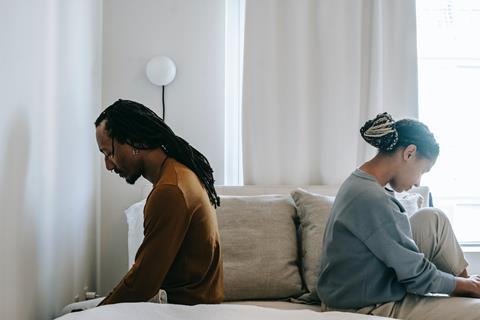 My ex-husband lied on our divorce paperwork, and, as I accepted the petition, I suppose that makes me a liar too. He never could articulate why he wanted to end our marriage but he told me that in order to do so, he would need to make a list of irreconcilable differences that put me at fault. He said he was sorry he “had” to do it, but it was “the only way”. They were all lies but I accepted because I was tired of fighting him, even though one of the reasons he listed was that I forced him to have children, only a few months after our much-wanted baby died.

That was almost a decade ago, but this week, the new no-fault divorce law means that couples can end their marriage jointly and split without apportioning blame. There is a new 20-week “meaningful reflection” period between starting proceedings and applying for a conditional order which dissolves the original marriage. It is also now no longer possible to contest a divorce, except on limited grounds. Previously, the law stated that couples seeking divorce have to give evidence of at least one of five facts to establish the irretrievable breakdown of the marriage. Three of these involve “fault” – “unreasonable behaviour”, adultery and desertion. The final two are two years separation if the responding spouse consents to the divorce, and five years separation if they do not.

One of the reasons he listed was that I forced him to have children, only a few months after our much-wanted baby died.

Reading the details of this new law, I realise I should be glad. The introduction of a no-blame separation should be easier on couples and any children involved. Mine didn’t but I know of horrendous cases that have been dragged through the courts for months, even years, as couples battle to be heard and their names and reputation upheld – either for personal piety or so that they can be approved for custody. On paper, a no-blame divorce sounds like the amicable and civilised split much needed for a sadly necessary system. But even though it would have made it easier for my ex had it been around when we divorced – and would have cleared my name of any slander - I’m glad it wasn’t.

Marriage is hard work and we live in a time where we spend more time trying to be a “Girl Boss” than working at our relationships. Self-care often tips dangerously into selfish as we tell ourselves and others that we deserve better from our friends and partners and should not put up with anything less than perfect. And I agree, we should absolutely not put up with any kind of abuse or coercive control. But there is a beautiful compromise in having to work through difficult things with those we love the most and I worry about making it too easy to give up on that.

This may be an unpopular opinion for my generation but marriage is a commitment; divorce should be hard.

When I lived in London, I used to see a poster for a local family law practice in the lift at the tube station. Rather than focusing on divorce, it talked about mediation and reconciliation with divorce being the absolute last option. My ex and I had counselling as part of our separation and while it didn’t work to bring us back together, it was a necessary time to dissolve the relationship. This may be an unpopular opinion for my generation but marriage is a commitment; divorce should be hard. I wonder how many relationships will now end prematurely because we no longer give ourselves the time to work things through.

And OK look, I’m an idealist and I live for God’s Kingdom here on earth, but we live in an imperfect world and I’m not insensitive to the fact that this new law will feel a godsend to many. I did not, as a married woman, find myself in an abusive relationship needing to get out of the relationship fast, but I’m aware that there are sadly many who do. The truth is, I wish there was no need for divorce, let alone a quick, no-fault one. I wish for a world where humans commit to marriage the way Christ committed to the Church, the body of Christ. But in an imperfect world, we must have systems to deal with those imperfections so I hope this law does more good than harm, and helps to set people free.