I write about the class divide in Church, a lot of people say it’s unnecessary but none of those people are working class

Natalie Williams, co-author of Invisible Divides, explains that as a new Christian from a working class background, the most daunting thing wasn’t learning about Jesus, it was learning how to fit in with a middle class church. 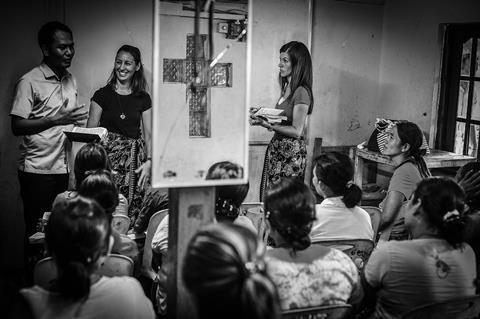 There’s a rumour that when I became a Christian, the hardest thing for me was learning to use cutlery. It isn’t true – I didn’t eat with my hands until I was 15 – but the person who accidentally started it was trying to tell a part of my story about some of things I found difficult when I first came to faith in Jesus.

There were so many things I had to learn. Some you might expect, like learning about Jesus, the Bible, church, worship, “religious” things. But I’m from a working class background, so when I became a Christian in a very lovely middle class church, it was a shock to the system, not so much because I didn’t know much about Christianity and church life, but more to do with my lack of knowledge about how to behave like everyone around me.

Until I joined a church, I had no experience of eating dinner in people’s homes, unless they were relatives. I had never seen food served in separate dishes. I’d never been told that I should aspire to own property. I didn’t know that sometimes when forced to choose, people will go with being polite over being honest. Meals, money, communication, aspirations, community – there were so many differences between me and my new-found friends in church, it seemed. I felt like I didn’t fit. More than 25 years later, I often still feel like that.

Don’t get me wrong. I love the church. I have found it to be the most welcoming and encouraging place. It’s become family to me. But I felt and often still feel different to the majority, and that is mostly to do with class issues. It doesn’t bother me now, because I’ve realised that I’m supposed to become more and more like Jesus, not the people around me.

When we were writing a book on the class divide in churches several people asked us if it was necessary but no one working class asked us if the book was really needed. 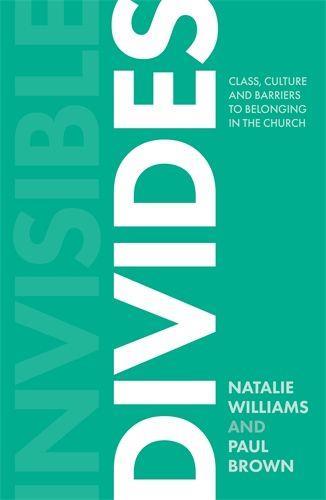 When south London pastor Paul Brown and I were writing our new book Invisible Divides on this subject, several people asked us if it was necessary. Are we making a big deal about class, when we shouldn’t? The reality is that 60 per cent of the British population still identify as working class, and of those, 82 per cent believe there’s a wide gap between classes. No one working class asked us if the book was really needed. Everyone from a working class background who got in touch when they heard we were writing it, thanked us.

There are all sorts of class-related barriers that can be tricky for working class people to navigate and overcome in majority middle class churches. But most of the them are invisible. If we can’t see how we’re inadvertently excluding, alienating or even sometimes offending people from different backgrounds, we can’t become the unified church Jesus prayed we would be.

If the church should be a foretaste of heaven, pointing people towards the glorious day when people from every tribe, tongue, nation – and from every walk of life and socio-economic status – stand around the throne worshipping Jesus together in a unity that defies human understanding, then shouldn’t we be striving for that kind of “one-ness” now?

We need to learn about our differences and humbly set aside our ways of doing things so that others who do things differently can be included and valued as equals.

There’s nothing out-of-the-ordinary about people who are similar to each other getting along well. The only type of unity that is astonishing is a unity that acknowledges divisions and doesn’t despise them, but transcends them, embracing diversity.

The starting place has to be learning about our differences and humbly setting aside our ways of doing things so that others, those who do things differently – whether that’s hospitality or generosity or diary-management – can be included and valued as equals. Then, together, we can spur each other on to be conformed to the image of Christ, not each other.

Invisible Divides: Class culture and barriers to belonging in the Church By Natalie Williams and Paul Brown is out now published by SPCK.

Natalie WilliamsNatalie Williams is a former journalist who grew up in one of the most deprived areas in England and is now CEO of Jubilee+. She has co-written three books: The Myth of the Undeserving Poor (2014), A Church for the Poor (2017) and A Call to Act (2020). To find out more about Jubilee+ visit jubilee-plus.org